As a new addition to his discriminatory antics, Trump's administration finalized a ruling with devastating implications for the LGBTQ+ community on June 12th, painfully timing it on the fourth anniversary of the Pulse nightclub shootings. 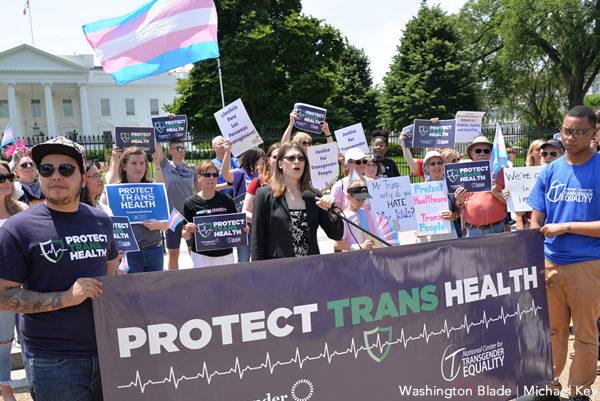 Medical care. It’s essential to everyone because it’s what sustains us. When you go to the doctor you get the same fair treatment as everyone else and are satisfied with a pleasant visit that leaves you feeling happy, healthy, and cared for like everyone deserves; at least, this is how it should be, right? According to our president, this is not the case.

Trump is known for a lot of things, one of them being a particularly avid antagonist of the LGBTQ+ community. As a new addition to his discriminatory antics, his administration finalized a ruling with devastating implications for the community on June 12th, painfully timing it on the fourth anniversary of the Pulse nightclub shootings.

The announcement reverses Obama-era anti-discrimination regulations within the Affordable Care Act which protects individuals from sex discrimination that includes discrimination on the basis of gender identity. However, the Trump administration’s troubling ruling now will define this sex discrimination policy with “‘sex’ as male or female and as determined by biology.” This will have troubling and dangerous implications.

This gives a free-pass for federally-funded healthcare and insurance providers to discriminate against transgender individuals. It worsens the treatment of a group already horribly marginalized by the healthcare system in the United States, and there are abysmal statistics that make the terrible treatment by the health system apparent. According to a 2017 study, 31% of transgender Americans don’t have access to proper healthcare and 22% avoid forms of healthcare because of the fear of being discriminated against. To add to those heartbreaking numbers, a 2010 study showed that 28% of transgender individuals have been harassed in a healthcare environment and about 1 in 5 have been rejected by healthcare providers. No one should fail to have access, be afraid to access, or be mistreated from accessing proper medical attention. This can be especially frightening during a global pandemic. Proper healthcare for COVID-19 often times could very well be a matter of life and death, and this adds to how the discrimination and lack of access to medical treatment faced by transgender individuals can have life-threatening implications  The healthcare system has already been atrocious to transgender Americans, and with the newly finalized rule, the Trump administration has only added salt to the deep wound.

Fighting the troubling rule can prove to be a frustrating and difficult task in itself. While people can sue, legal actions depend on where a person lives. Since the more standardized Obama-era protections are now removed, the legal pathway becomes more tricky to navigate. Additionally, some organizations had announced plans to seek legal action against the ruling such as the ACLU and the Human Rights Campaign.

Recent developments may shine a light on the possibility of change as a result of the landmark Supreme Court decision to protect against discrimination towards the LGBTQ+ community under sex discrimination. While Trump has moved ahead with this ruling anyway as his administration says that the implications of the Supreme Court decision don’t apply in this case of healthcare as the ruling pertained to employment, but some experts disagree and see that the court’s ruling recognizing gender identity as falling under sex discrimination can easily be applied to healthcare as well. The recent court decision can bring hope for change.

In any case, Trump’s policy must be condemned and rejected, and we must take action to make the system of medical care a non-discriminatory space that is available to everyone.

“HHS respects the dignity of every human being,” Roger Severino, the Director of the Office for Civil Rights at the U.S. Department of Health and Human Services (HHS), said in an announcement of the administration’s healthcare ruling. “We vigorously protect and enforce the civil rights of all”. The administration’s statement may rightfully raise some eyebrows. Can the Trump administration really claim that they respect the dignity and defend the rights of all? I guess in their eyes “all” doesn’t really mean everyone, because they have some striking exceptions.