Trump Ceded on the Citizenship Question, But the Fight Isn’t Over

The addition of a census question on citizenship would have been a direct threat to not only the Constitution but also civil rights, equality, and democracy in America.

Morgan Weir
and
September 24, 2019
in
Politics
Courtesy of Vanity Fair 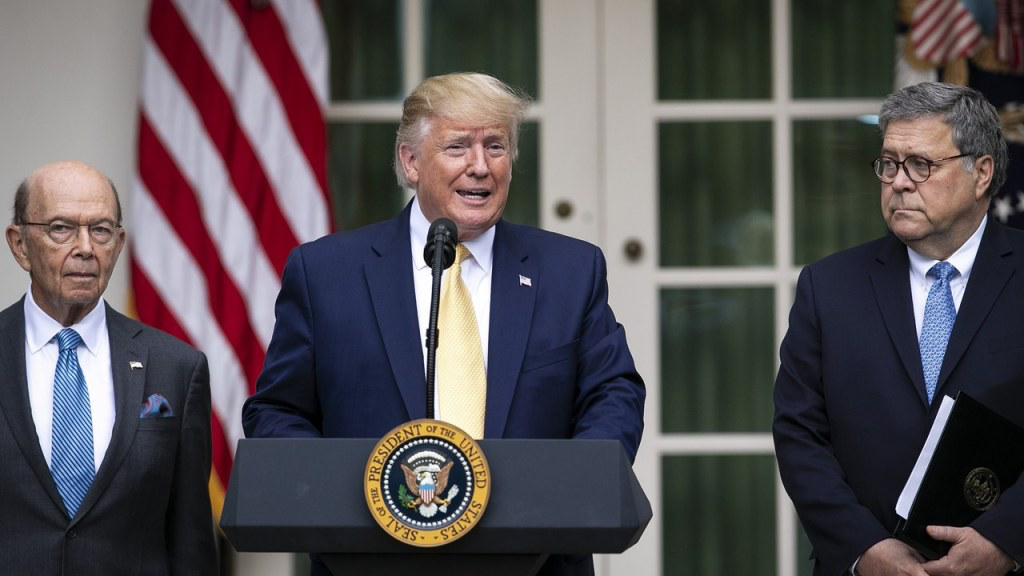 After legal battles ensued following the Trump administration’s announcement that they would be adding a question about citizenship to the 2020 census, Trump has finally conceded defeat. On July 11, the president announced that his administration would no longer be pushing to include a question.

The Commerce Department Secretary Wilbur Ross approved the addition of a question in 2018, claiming that the Department of Justice had requested it in order to enforce the Voting Rights Act. When that decision was challenged, three lower courts (in New York, California, and Maryland) ruled against it.

The Supreme Court agreed to hear the case and, on June 27, effectively blocked the question from being added to the census in 2020. In a statement given by Chief Justice Roberts, joined by four other judges, the court said that Trump administration hadn’t proceeded correctly in trying to add the question given that the rationale for adding it was “pretextual” under the Administrative Procedure Act.

They continued by saying that they must “demand something better than the explanation offered”: according to them, accepting “contrived” reasons like the one the Trump administration gave would “defeat the purpose” of the systems and standards in place that allow entities like the SCOTUS to review and scrutinize the executive branch.

The decision came after it was found in court that Ross had asked the Department of Justice to make the request for a citizenship question – and not the other way around as he had claimed in 2018.

Though the Supreme Court never ruled on the direct constitutionality of the question, it’s clear that it would have been a direct threat to not only the Constitution but also civil rights, equality, and democracy in America. The census is central to our government and determines so much about how it runs, including how much federal money a state gets or how many Congress representatives a district has – and, perhaps most notably, how many electoral college votes a state can have.

The main reason many Republicans wanted the question added is to undercount minority populations and therefore give Democratic states fewer representatives and power. Census Bureau research has shown that adding a citizenship question would dissuade immigrants (even those who are citizens) from filling out the form. According to the Census Bureau’s estimates, it could reduce responses from households with even one noncitizen by at least 8 percentage points (which is about 9 million people). California would likely have lost a seat in Congress, according to the Brookings Institute.

Further evidence for this comes from the late GOP strategist Thomas Hofeller, who wrote in a memo that the question should be added because it would be a “disadvantage to the Democrats” while being “advantageous to Republicans and non-Hispanic whites.” His statement couldn’t be used as evidence that the real reason behind the question was racially motivated because it was discovered after the case was argued before SCOTUS, but it will be reviewed by a federal judge in early September.

Despite this victory, many advocates fear that the damage has been done because so much fear has been spread among the immigrant community already. It was predicted in a study by Urban Institute that Trump’s aggressive policies and discourse around immigration could lead to the lowest undercount of black and Latino communities in decades regardless of whether a citizenship question is added.

Trump may have lost this battle, but he is still continuing his war on migrants with vicious new ideas and language, including ICE raids and xenophobic tweets about non-white Congresswomen. This fight is about more than just a citizenship question. It is about our rights to be represented, our commitment to democracy, and the nationally-promised right for everyone to the pursuit of happiness, equality, and justice.