Trump Administration Precedent Is Reversed: US Will Protect the LGBTQ Community Against Healthcare Discrimination

Anushka Sonawala
and
June 14, 2021
in
LGTBQ+
Courtesy of Forbes 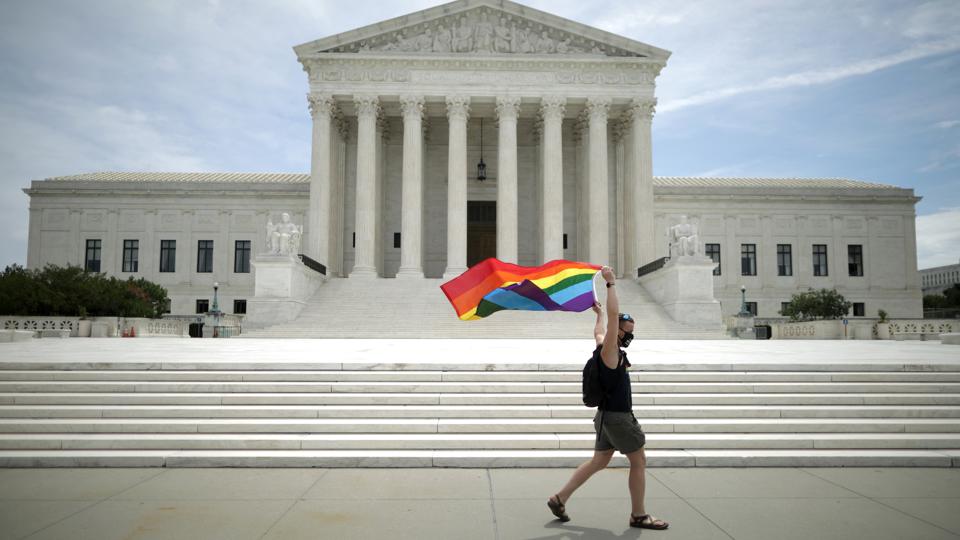 The Biden administration recently reversed a Trump-Era Rule in order to erase discriminatory healthcare laws that oppose the LGBTQ+ community’s fundamental rights. Since former president Donald Trump took office in 2017, the Trump administration overturned numerous health-affirming policies for transgender and gay people that the Obama administration had previously established. The Department of Health and Human Services (HHS) confirmed that the Biden administration would effectively restore Obama-era policy by introducing further reinforced laws, hoping to make positive change for the LGBTQ+ community in the near future.

Biden’s action plan to revitalize healthcare security for the LGBTQ+ community promises the reinstatement of a variety of important policies. In the past, Trump has absolutely neglected LGBTQ+ people’s healthcare requirements by approving and enforcing ignorant restrictive laws. Democratic Speaker of the House of Representatives, Nancy Pelosi stated that Trump’s introduction of unjust laws during the pandemic seemed “senseless.” Many Democrats have opposed and condemned gender-excluding healthcare. With a majority of votes for non-discriminatory healthcare law reformation, the Biden administration is revoking Trump-Era laws. Once they reverse these orthodox laws, the government could penalize medical centers like hospitals and clinics that discriminate based on an individual’s sexual orientation.

Ultimately, this reversal would reestablish the Affordable Care Act (ACA) that the Obama administration initiated. The Affordable Care Act essentially allows all Americans the right to affordable medical care. When it was in effect, more than 30 million American citizens were offered secure health insurance. Overwhelmingly, 56% of LGBTQ+ people in the US have faced discrimination when seeking medical treatment. A survey conducted by the National LGBTQ Task Force declared that 1 in 5 of its respondents were declined medical care because they were non-conforming or transgender.

For individuals that are undergoing hormone therapy, conversion therapy, and other conversion surgeries, refusal of medical attention could be life-threatening. Moreover, denial of healthcare in situations of disease, sickness, and infection is absolutely immoral and unreasonable. Assistant Secretary at HHS, Dr. Rachel Levine specified, “No one should be discriminated against when seeking medical services because of who they are.” As Biden rolls back many orthodox policies, many individual states are rapidly introducing anti-trans bills. Around 120 anti-trans bills have been introduced in various states in the US, and 35 of these bills target the prohibition of medical care for the LGTBQ+ community.

People of the LGBTQ+ community irrefutably face more challenges than cishet individuals do, especially in the medical field. Unfortunately, the reinstatement of inclusive anti-discriminatory laws will not entirely abolish all gender-based bias, and may not be effective in many places. Nevertheless, noticeable changes within the framework of Section 1557 of the Patient Protection and Affordable Care Act is undeniably a step forward. These reforms have been sanctioned and approved by the American Medical Association (AMA). Successful change is a gradual process that will take time, however, this is a remarkable stride in the right direction. With the institution of several comprehensive supportive bills and laws for the LGBTQ+ community under the Biden Administration’s rule allows us to hope for a brighter future. We need to work together to speak out and protest for LGBTQ+ rights and push for change. Regardless of race, ethnicity, gender, sex, religious affiliations, and appearance, no American should be denied the apparent “American Dream.”