Planned Parenthood is forced to withdraw from Title X, threatening over 4 million low-income and uninsured women who depend on the program.

Eva Hecht
and
December 15, 2019
in
Women's Rights
Courtesy of I Stand With Planned Parenthood 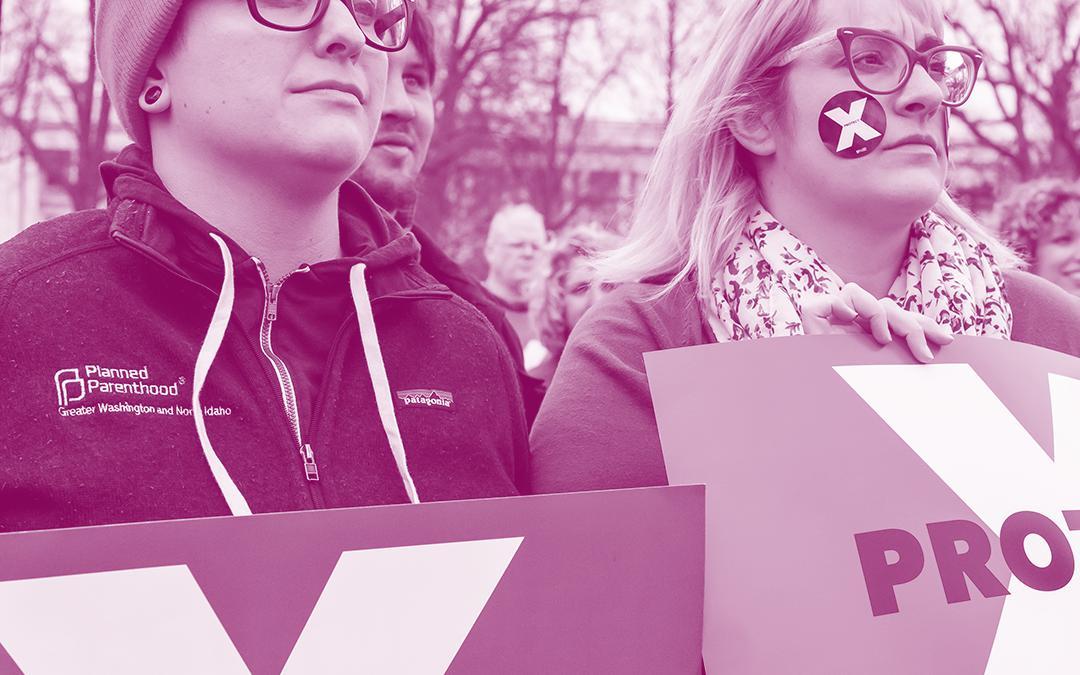 Title X, enacted by the Nixon administration as part of the Public Health Service Act, is the only federal grant program dedicated solely to providing low-income or uninsured individuals with vital reproductive and sexual healthcare information and services that otherwise may not be available. Planned Parenthood, an organization which provides such resources, receives about $60 million annually to serve a whopping 40% of the approximately 4 million people who benefit from the program. However, a new Trump administration regulation, widely referred to as a “gag rule”, that forbids referrals to doctors who can perform abortions left Planned Parenthood with no choice but to withdraw from the program, jeopardizing the quality, affordability, and access to gynecological and obstetric care for those who need it most.

Planned Parenthood is an incredibly important organization. One in five women in the U.S. has visited one of their centers, because when political and social views on female bodily autonomy are tense and animous, especially towards abortion, women and others who need such resources know that they can rely on Planned Parenthood to provide them. Without funding from Title X, it’s unlikely that the organization will be able to provide the same standard and amount of care, risking the healthcare of millions- all for an attack against the accessibility of abortions and accurate information about them, even though they only constituted 3.4% of services provided by Planned Parenthood from 2017 to 2018. According to Planned Parenthood, “These attacks harm people who already face barriers to health care – including people with low incomes, people of color, and people who live in rural areas.”

In a society where the idea of controlling cisgender male bodies through law is inconceivable, yet female bodies actively are, it’s important to view this not only as a fiscal issue but as part of a larger sociopolitical threat that’s been a long time in the making. In several states, health care providers are legally required to give information prior to performing an abortion that is not medically accurate, designed to discourage patients from obtaining them. In many of the same states, it’s almost impossible for women to obtain sterilization procedures for several reasons, which are enforced not for the benefit of the patient but for the convenience of possible future male partners, such as being unmarried or not having children. It has become apparent that when regulating access to reproductive healthcare, our government doesn’t value the women who need and deserve access to care but instead the men who may be inconvenienced by our right to choose.

The lack of funding due to this gag rule is also likely to be severely damaging to those who live in extremely rural areas. According to data from the National Campaign to Prevent Teen and Unplanned Pregnancy, Planned Parenthood is the only full-service birth control clinic in a shocking 105 counties across the nation. Regardless of one’s opinion on abortion, defunding an entire county’s only source of reproductive healthcare, which is not just limited to contraception but also resources that are potentially life saving such as breast, ovarian, testicular and cervical cancer screening, is an absolutely horrible idea.

Planned Parenthood and the resources it provides are often front and center in political discourse regarding female bodily autonomy, simply because it’s the most ubiquitous organization in the country when it comes to reproductive healthcare. When speaking of increased rates of STD contraction, Dr. Gail Bolan, director of the CDC’s division of STD prevention, stated that the decline in sexual health in our country shown by statistics is “not an arbitrary event, but rather a symptom of a deteriorating public health infrastructure and a lack of access to health care. It is exposing hidden, fragile populations in need that are not getting the health care and preventive services they deserve”. When all information indicates that resources should be increased in the interest of public health, it’s absurd that Planned Parenthood is being attacked in the name of an erratic political agenda. The gag rule causing Planned Parenthood to pull out of Title X funding is incredibly dangerous. One’s political opinions should not damage another person’s right to necessary healthcare.

Why Holocaust Themed Christmas Ornaments are Not Acceptable

Instead of promising to fix past issues, these superficial campaigns and announcements only acknowledge the fact that they were there, and some even cause more harm than good.