The substantial effort exerted by the court in collecting such evidence and reasonings vouches for the aim of the justice system to protect the people, provide help and support to victims, and prevent crimes through practices of fairness.

Cassidy May Dizon
and
December 31, 2021
in
Justice
Courtesy of ABC News 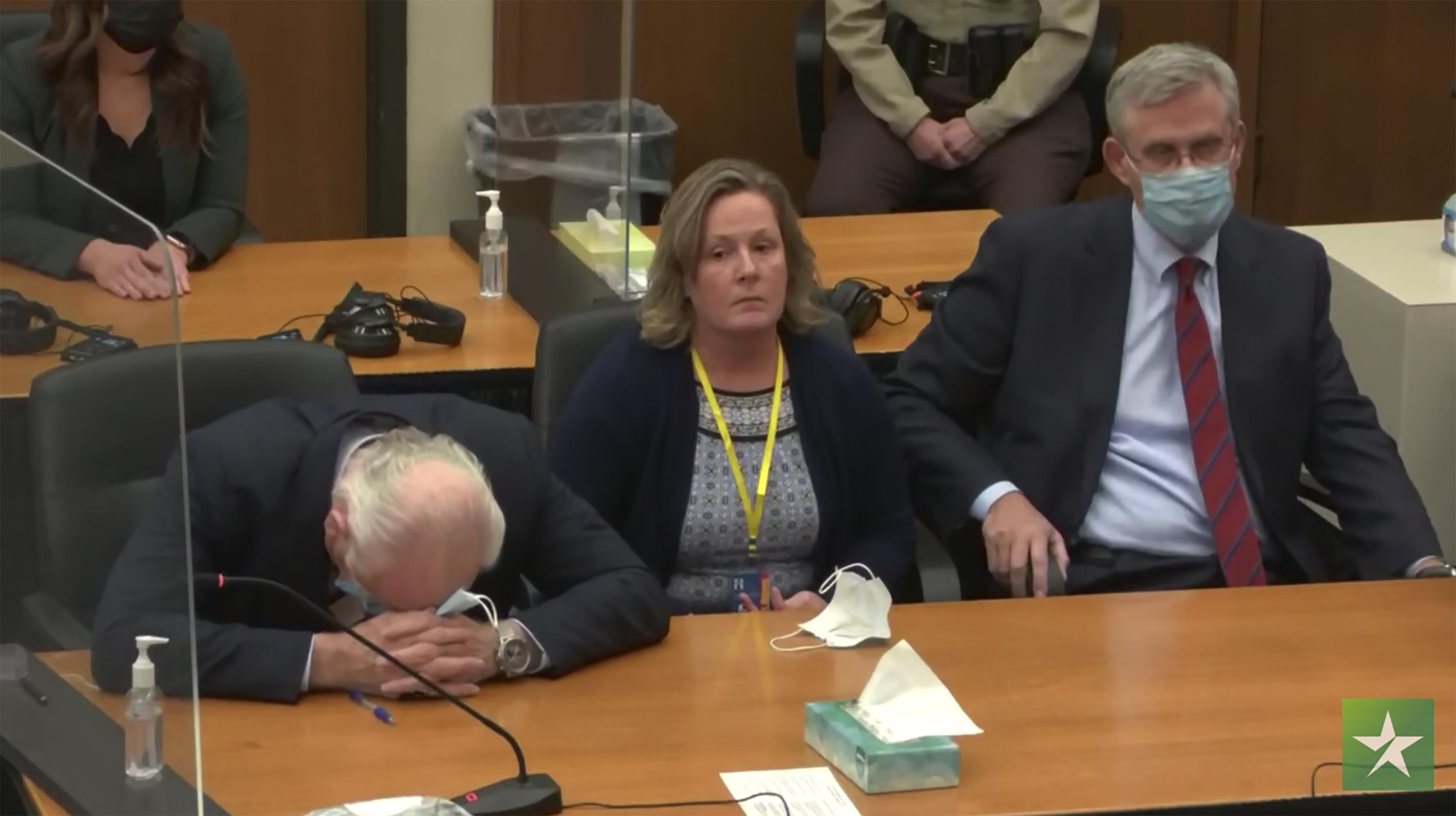 Following the unfortunate fatal shooting of Minnesota resident Daunte Wright on April 11th this year, the trial of shooter and former police officer Kimberly Potter began this month and is soon coming to a close. Although she claims she intended to grab her taser and only accidentally pulled out her handgun, she is charged with the first- and second-degree manslaughter of the 20-year-old.

On December 8th— the first day of the trial— Katie Bryant, the mother of Daunte Wright, tearfully testified, providing a recount of being on the phone with him before he died and mentioning that he was with Alayna Albrecht-Payton, a girl he recently began seeing, who testified alongside Ms. Bryant later on. They were driving to a carwash when the call took place, speaking nervously as he was pulled over at a traffic stop in Brooklyn Centre. Ms. Bryant was assuring him that everything was going to be fine, but the call suddenly ended. When the officers encountered Daunte, they found that he had charges of illegally possessing a gun and running from officers. A judge had issued a warrant for his arrest after he failed to turn up for these charges, and when an officer attempted to arrest Daunte, he resisted and got back into his driver’s seat. This was the moment former officer Potter shot and killed him. Worried and unaware, Ms. Bryant video called her son, only for Alayna to answer, yelling that he had been shot and showing her her son’s lifeless body.

On December 17th— the last day of the trial— Kimberly Potter took the witness stand and was distraught as the prosecutor, Erin Eldridge, questioned her actions on that fateful day. While whimpering, Potter apologized for her wrongful doings, saying, “I’m sorry it happened… I’m so sorry.” In response to the prosecutor’s question on whether “she planned to use deadly force on that day,” she answered, “No…I didn’t want to hurt anybody.”

As Kim was being cross-examined, Eldridge used two photographs that depicted her bright yellow taser gun and her black handgun. With these, she questioned if Potter could see the difference between the two objects and whether she could tell her left from her right. She asked the latter question because Kim’s gun has always been kept on the right of her police belt whilst the taser remained on the left.

In relation to Potter’s use of force, University of South Carolina law professor Seth Stoughton took the stand on December 15th. Stoughton said that it was inappropriate and that “evidence suggests a reasonable officer in Officer Potter’s position could not have believed it was proportional to the threat at the time.”

Monday, December 20th, was dedicated to closing arguments and finished with the jury beginning to deliberate. The next day, it continued with the jury asking Judge Regina Chu what they should do if they are unable to reach a verdict. In response, she said that they must keep deliberating. On Thursday, December 23rd, the trial ended with Kimberly Potter being found guilty of the first- and second-degree manslaughter of Daunte Wright. Judge Chu has yet to sentence Potter, but considering Minnesota sentencing guidelines and that she has no previous criminal history, they will possibly suggest a sentence of six to eight and a half years behind bars. However, if one focuses only on the two charges, the maximum sentencing is fifteen years with a possible fine.

It is crucial to understand the impact of the verdict and sentencing, as it determines whether justice will be appropriately served for the death of Daunte Wright and his grieving family and friends. It also informs the nation of whether or not they are safe and will be legally protected and treated fairly under any circumstances, civil or criminal. This terrible incident sparked protests days after it occurred, calling hundreds of Americans to walk the streets of Brooklyn Centre and demand justice. With the jury coming to a consensus and deciding that they find Kimberly Potter guilty, the community will be left in relief.

The Trial & The Justice System of the United States

This trial has been conducted with careful consideration and multiple testimonies, providing the jury with sufficient evidence to reach a verdict. The days of the trial involved intense questioning, tears, sorrowful recounts, and expert knowledge. However, what should also be taken away from this is how it reflects upon the justice system of the United States. Using what prosecutor Eldridge included in the cross-examination of Potter, it is definitely odd how one can forget their left from their right whilst also not taking notice of the stark difference in the color of their chosen weaponry. In addition, her initial reaction at the time of the scene, caught on a body camera, displayed her worries for herself and not for the person whose life she had just taken. The substantial effort exerted in collecting such evidence and reasonings vouches for the aim of the justice system to protect the people, provide help and support to victims, and prevent crimes through practices of fairness and equality. The justice system has been questioned endlessly throughout the years by the American community for its unfair responses to major crimes, from allowing guilty people to walk free to sentencing innocent people to several years in prison. This trial has been fairly executed so far and now depends on Potter’s sentencing.