Recognizing transphobia is the first step in eliminating it

Julia Chang
and
November 15, 2020
in
LGTBQ+
Courtesy of International Day Against Homophobia and Transphobia 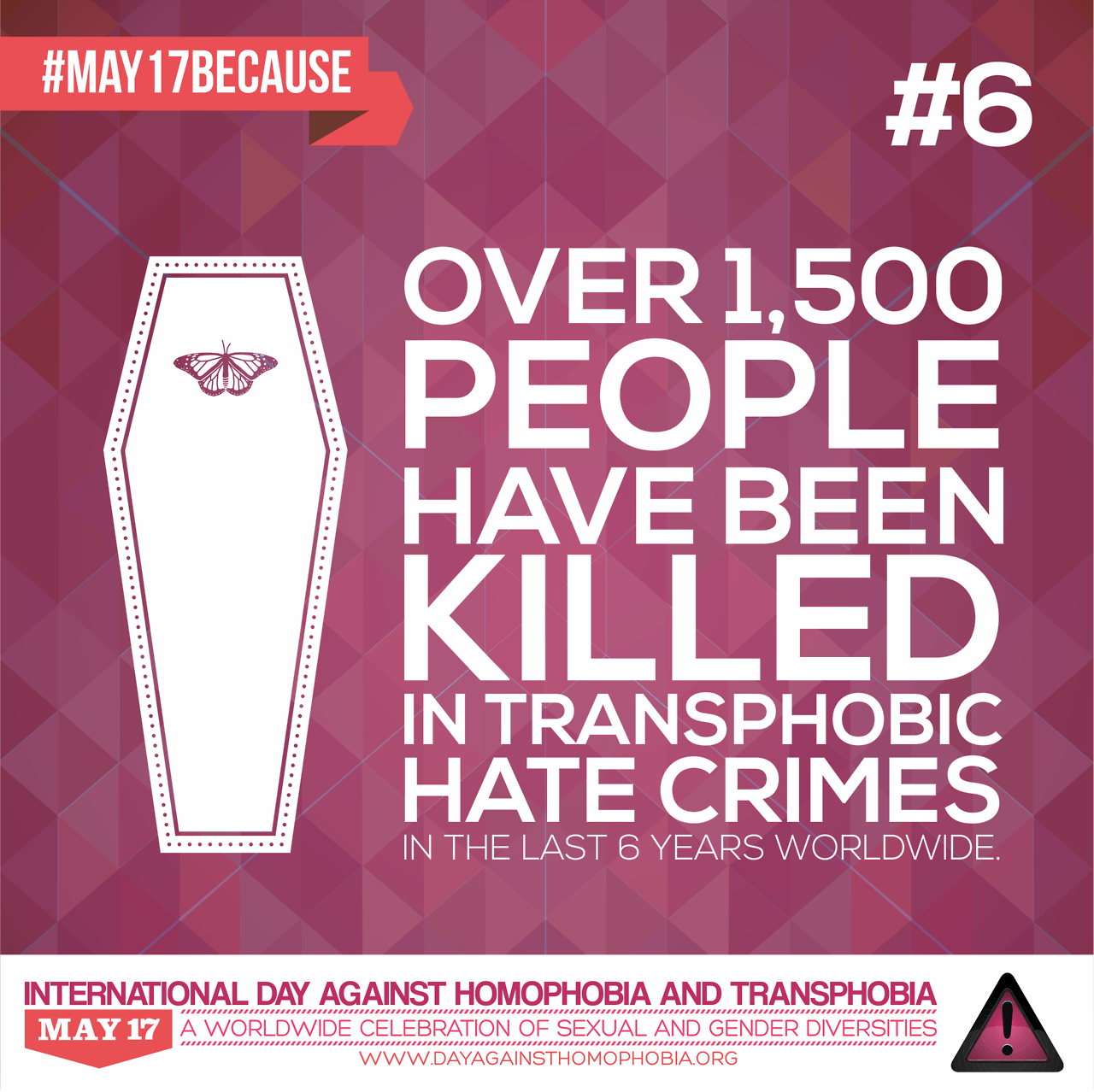 Christa Leigh Steele-Knudslien, Viccky Gutierrez, Tonya Harvey, Celine Walker, Phylicia Mitchell, Zakaria Fry. These are the six transgender women who have been violently murdered in the mere two elapsed months of 2018 alone. You might not recognize anyone on this list. That’s because mainstream media denies them a second glance. That’s because most of the world refuses to recognize their humanity or the magnitude of their deaths. That’s because, despite burgeoning belief, transphobia is still very much alive.

The dictionary definition of transphobia is the “intense dislike of or prejudice against transsexual or transgender people.” People like to think that transphobia was slain by the shining image of Caitlyn Jenner on the cover of Vanity Fair—that, since transgender people get a bit of media coverage nowadays, we can stop supporting and fighting for their rights.

But it is 2018, and transphobia still exists behind the turned backs of mainstream media in form of “jokes” from insecure boys about being lied to by women and in name-calling and blatant disgust from societal figureheads. It is entrenched in our twitter feeds, laughed at in our locker rooms, broadcasted into our homes. When we ignore it, we ignore a culture that fosters and perpetuates relentless hate and crime. We ignore how sickening it is for a person to harbor so much hate, so much resentment, that they would murder an innocent person simply for existing. As evidenced by the incessant tragedy that still strikes the trans community, a magazine cover is not enough.

The web that makes up much of our world today is marked by spontaneity, instant gratification, and a short collective attention span. But the issues surrounding an entire community of real people is simply not something that can be swept past in our fast-paced lives. How long did it take America to forget about the urgent need for unisex bathrooms? Or Trump’s military ban on transgender soldiers, whom he called a “burden” to our country? These are still injustices that we must address, that we cannot toss aside. It is these issues and the ideologies that these issues are rooted in that enables the cold-blooded murder of innocent transgender people.

It’s sometimes difficult or inconvenient to recognize that many seemingly trivial actions ultimately construct a culture of blistering hate. By dismissing “smaller” cases of transphobia, the pyramid of hate towards trans people, built upon microaggression—jokes, judgement, stereotyping—and pinnacling at murder, is reinforced.

So no, transphobia isn’t dead. Transgender people have been disenfranchised, stripped of their rights, and murdered. They have faced insufferable tragedy, and for what? They are human. They are valid. They are trying to survive in a world which denies them their identity. We must continue to fight for their safety, their rights, their lives. For Christa Leigh Steele-Knudslien, Viccky Gutierrez, Tonya Harvey, Celine Walker, Phylicia Mitchell, Zakaria Fry, and the countless other transgender lives that have been stolen at the hands of hate, start paying attention, and never stop.