This Nebraska Legislation Will Help Fight the Disappearances of Native Women 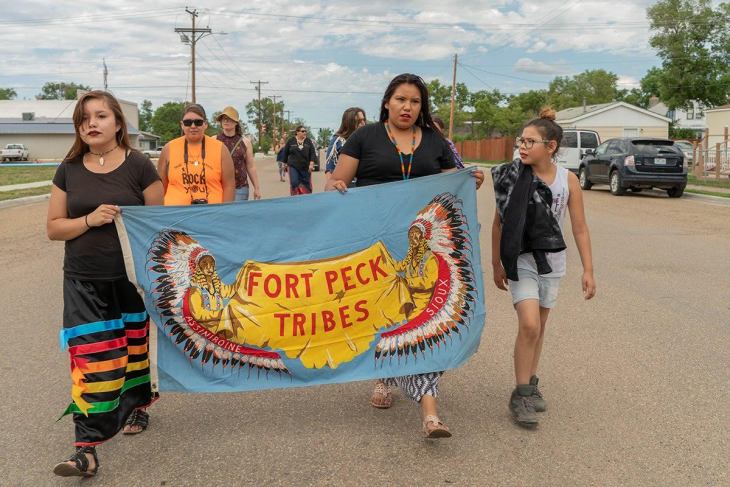 Cases of missing and murdered Native American women are challenging police from all around the United States, particularly in the state of Nebraska. Many of these cases, supervised by the NSP or Nebraska State Police, are unjustly and grossly mishandled.

One example of the countless mistreated cases is the 2017 murder of Teishia Big Back, nowhere to be seen after residing in the town of Billings, Montana. According to one of her cousins, Colette Yellow Robe, no one from the NSP seemed interested enough in trying to seek justice for her death. She acknowledged, “They don't have either the resources or access to training that would empower themselves to look for the signs...It's going to take a complete evaluation of our system to look at it.”

Comparing Teishia’s story to the overall treatment of Native women within the United States, Colette also added that “there were other circumstances that were involved that really dismiss her life…and that's basically a very real story of a lot of Native American women that were oftentimes categorized as disposable, transient, promiscuous, under the influence of alcohol and drugs and so it's an easy case to open and shut.”

Colette Yellow Robe is not wrong. According to a 2017 report from the Urban Indian Health Institute, there were 5,712 reported cases of missing or murdered Native American women nationwide. While this number may seem grand, it might not even be close to the real numbers - experts believe that there is drastic under-representation of missing cases as those involving Native women are not reported properly. In addition, the rate of Native women across the country who have been murdered or sexually assaulted on reservations or in nearby towns is remarkably high compared to that of the average woman, while the murder rates of Native American women are up to 10 times higher than the national average for all races.

So many Native women have not yet received justice to their deaths that they deserve. But perhaps there’s hope.

In early February, a bill aiding in identifying the number of missing-person cases involving Native American women won its first round of approval in Nebraskan legislature by a whopping 40-0 vote. The next month, state legislators gave Native American tribes another victory after passing the LB 154.

While promise lies ahead for these Nebraskan tribes, LB 154 still needs to be approved by Nebraska’s governor Pete Rickett. This potential implementation of the LB 154 will hopefully solve several cases that have yet to be taken seriously by the police department of Nebraska, providing more respect and dignity toward the safety of the Native American tribes of their state.

If One of Us is For Sale, None of Us Are Free