The police who violated the rights of a young boy represent the faults in our criminal justice system.

Isabelle Nunes
and
August 26, 2020
in
Justice
Photo/Luis Cotto via Twitter 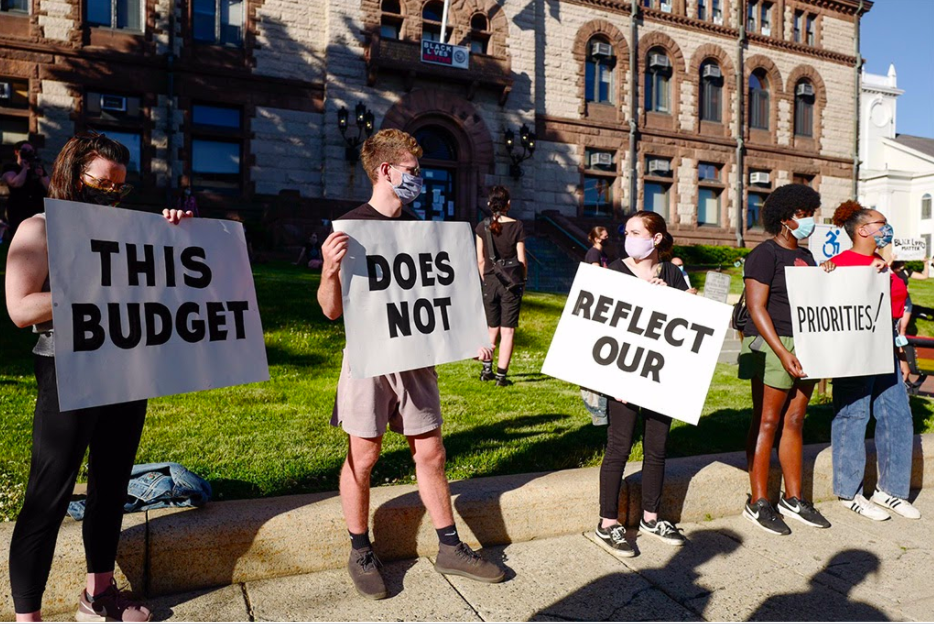 A little boy sits in his classroom, drowning in tears, while officers arrive on the scene, threatening to take him to jail. The boy is patted down and put in handcuffs, only for the police officer to realize that his wrists are too small to fit inside the metal shackles.

That little boy was only eight years old when officers detained him in 2018, and now, his mother is filing a federal lawsuit to fight for his justice.

After allegedly hitting his teacher, the boy was arrested, fingerprinted, given a mugshot, and charged with felony battery on that same day. When he was then taken to a juvenile justice facility, a mental health test was conducted on him. After the mother, Bianca Digennaro battled the case for an exhausting nine months, the prosecutor finally dropped his charges.

Now, his mother seeks to hold the police, city, and school officials accountable for handling the case. According to the lawsuit, the boy’s school district evaluated him and found he had an “emotional or behavioral disability.” Digennaro says her son was diagnosed with ADHD, depression, oppositional defiant disorder, and anxiety. Consequently, the officers violated her son’s civil rights while using excessive force during the arrest.

The lawsuit, which is represented by the same attorney as George Floyd, is based on a violation of the Americans with disabilities act. Digennaro claims that excessive force and a lack of intervention occurred during her son’s arrest with special needs.

Ben Crump, the civil rights attorney for the boy’s mother, released footage from the boy’s arrest this past Monday, showing the scene of Key West officers attempting to place the boy in handcuffs.

“This is a heartbreaking example of how our educational and policing systems train children to be criminals by treating them like criminals,” Crump said in a statement. “If convicted, the child in this case would have been a convicted felon at eight years old. This little boy was failed by everyone who played a part in this horrific incident.”

Despite clear unnecessary aggression, the Key West police chief defended his officers, claiming that standard procedures in handling the situation were followed.

That young boy is just one instance of those who are victims of the corrupt police forces’ widespread habits. His story symbolizes thousands of others out there, subjected to unlawful and unjust treatment at the hands of those same people who vow to protect us.

Now, however, our nation is beginning to recognize the urgency of battling such injustices. Together, we are willing to fight for new solutions against this persisting issue. Filing a lawsuit represents just one step towards finding justice for the eight-year old’s treatment; now, we must actively educate ourselves and others on necessary steps we need to take in order to mend these unjust systems.

Largely, this is one of the many examples of the ineffectiveness of police when it comes to schooling. They’re purpose is supposedly to protect and serve the students, but in reality they institute a clear sense of widespread fear and unsafe within citizens. Following the killing of George Floyd just over two months ago, nation-wide protests have demonstrated that campus policing fails to make students feel safer during school. Student populations are unable to feel protected when the law treats them as criminals, often disrupting learning environments in a significant way.

With this, the boy’s story holds a clear truth; students are subjected to a level of shockingly violent treatment at the hands of police officers. It is alarmingly transparent that this consistent over-policing and behavioral over-aggression is rooted in our current policing system. Defunding the police is a vital action towards healing this system’s flaws.

When the policing that claims to protect our most innocent ultimately fails, we must take urgent steps to refocus on the well-being and equity of all students and community members. Contrary to popular belief, defunding the police will not abolish them in its entirety. Instead, it will redirect focus to options like mental health aid, homeless support programs, youth services, and crisis response. By emphasizing these other options, we can radically transform the violent—yet normalized—police treatment we see regularly. In Digennaro’s son’s case, it could have prevented his traumatizing arrest and painful fight for justice.

Ultimately, as we progress as a nation, our policies need to reflect how we move forward. No innocent person, regardless of age, race, nor gender, should be treated as a felon at the hands of a corrupt and violent system. We must reverse the preconceived notions of police providing safety, and instead find justice, fight to hold officers accountable, and prevent future incidents like this one.