This Land is a Land of Color: Why I’m Seeking Immigrant Representation in the United States History Curriculum

For the past couple of months, I’ve been working with POC Online Classroom to curate a steady collection of educational resources on Asian American identity and social history

Valerie Wu
and
December 25, 2020
in
Representation
Courtesy of L'Chaim Magazine 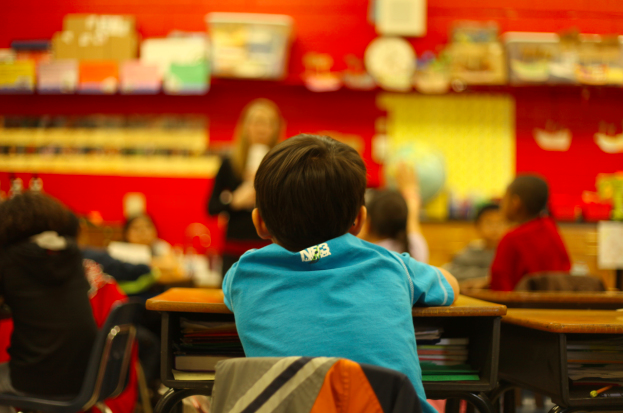 For the past couple of months, I’ve been working with POC Online Classroom to curate a steady collection of educational resources on Asian American identity and social history. POC Online Classroom, first founded in the November after the 2016 election, was created in order to assist both people of color and allies in learning more about the multiracial communities that exist today. Past syllabi have focused on Palestinian Justice and Native American culture. We worked on assembling the articles/books/videos that could best embody what it means to live as an Asian American in America, but soon Abaki Beck--the founder of the organization--and I decidedthat it wasn’t enough for just two people to act as representatives; we needed input from others.

After putting out a call for contributors to the syllabus, Abaki and I quickly found that many individuals--millennials, specifically--were eager to get involved. I encountered a girl who had previously read my essay on Asian American representation in politics, and she told me that as an Asian American high school student in the American education system, she’d found that her history had often been marginalized; my words, she said, were necessary to the issue. And while I don’t claim to be a spokesperson for my race, I can’t help but appreciate the knowledge that many millennials are incredibly sensitive to and aware of the issues currently dominating American society.

Ever since I read Iris Chang’s The Chinese in America, I’ve also been thinking about the ways I can take an active role in race relations without directly representing my ethnicity; I grew up in some suburbs not far from San Francisco, where Angel Island lay just across the bay. The Golden Gate Bridge was above it, evoking liberty, freedom, equality--principles that inspired so much hope, and yet never came to light in the countless numbers of immigrants who migrated to the country. I started drafting a script of what I hoped might appropriately convey the plights of Asian immigrants coming to America. I named it They Called Them Angels, and it was supposed to embody the physical aspects of the American Dream: not just a hope for a betterfuture, but bridges and ethnic conclaves and suitcases of identity. Although the script never worked out, my motivation to effect change did.

When I started taking AP United States History (affectionately known as APUSH) in my sophomore year, I was again struck by the racial disparities in our education. It was disheartening to see our textbooks riddled with the same stereotypes of Asian immigrants over and over again: the long braids, the slanted eyes, the way Asians were always portrayed as the “model minority” and not anything else. I think that when we keep perpetuating this stereotype, we’re ultimately doing a disservice to not only racial communities, but the entirety of America. We’re saying that it’s okay for minorities to be treated this way, that it’s okay for immigrants to be seen as less than what they are.

For the next few years, I’m going to be a writer in action and seek to reform the way we perceive race in America today. Writing is resistance, and will always be a form of liberation for those who need it. And only by rewriting – or #rerighting – our history can we become more informed on what we can do as citizens of America.

That time in history may have ended, but activism never is. That’s why I’m actively serving as part of the movement to ensure accurate representation in not only our curriculums, but our country as well. This land is mine, and yours. But most of all, it’s a land of color.
*Taking Action: Read stories from people of color. Write stories. Petition your school to include textbooks written by not only Asian Americans, but people of color, in the curriculum. Get involved with organizations like 18 Million Rising, which aims to empower Asian American communities. Rewrite history.

My Grades Are Not My Ethnicity