This Is Why We Must Remove Confederate Monuments

Our fight to create progress requires us to ask questions about ways our country normalizes and glamorizes injustices of our past. 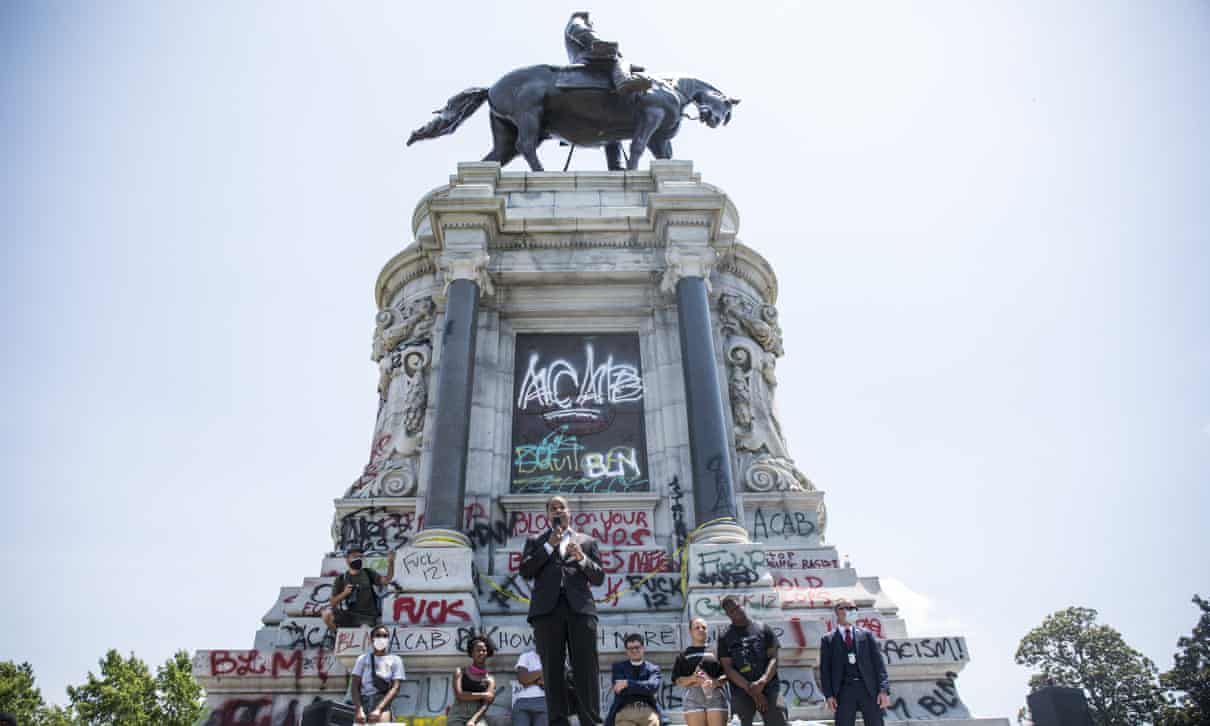 The current civil rights movement is pushing us to not only educate ourselves about the systemic injustices in our nation but to actively work against them and recognize our own internalized prejudices as well. Our fight to create progress requires us to ask questions about ways our country normalizes and glamorizes injustices of our past. What does a country do when there needs to be a reckoning of glorification of atrocity? Different countries have pursued different courses of action. In Germany, Nazi symbols are banned in order to not dignify past atrocities. A stark contrast to their efforts is obvious in the United States’ relationship with the horrific history of slavery. Racism is still glorified to this day with numerous monuments and flags commemorating the Confederacy and its’ soldiers. In light of the current racial justice movements, there have been some confederate statues taken down, but there are still far too many statues and symbols of the Confederacy standing.

Some argue that the Confederacy is a symbol of “Great American heritage” or “Southern pride”. However, the Confederacy was not only built on the mission of keeping slavery intact, but it was its literal purpose. There should be no question about the validity of that statement. The Confederacy was created as a response to motions of advocacy for anti-slavery. This aspect was so essential to the foundation of the Confederacy that it was mentioned in their manifestos, constitutions, and in any way that they could express their striving for having slavery remain as their goal. In Missippi’s declaration for being a part of the Confederacy, they stated directly that their “position is thoroughly identified with the institution of slavery.” In their president’s constitution made for the Confederate States, they clearly make having slavery an integral part of their mission. In fact, there is a direct clause where the Confederacy states that the government held by the Confederacy could not ever take away their law for slavery. Many proponents of keeping monuments of the Confederacy say that the state’s mission was not necessarily only about slavery, but about states’ rights. The fact that they are ignoring, however, is that it was for the state’s rights to enforce slavery. There should be no debate concerning the purpose of the Confederate states. This view and debate ignores and brushes over their very real and atrocious position.

There is also a justification by those who are advocates for keeping monuments and statues, including President Donald Trump, where they paint removing symbols of the Confederate States as an attack on our nation’s history and a slippery slope that eradicates our past. To them, the maintenance of Confederate statues is an issue of preserving our history. But in reality, it’s really not. This becomes even more increasingly obvious with the history of how these symbols were implemented to be praised in our nation in the first place. The majority of these Confederate monuments were created in response to the North and South coming back together as a way for the North to create a sort of reconciliation with the South. They were also prominent in their creations during the period of Jim Crow laws and the civil rights movements during that time. The timing of when most of these monuments and statues appeared makes it obvious that the creation and keeping of them are not about a historical significance, rather they were incited in response to movements of racial justice and a way to push forward a message of hatred and inequality.

The Confederacy was built on preserving an atrocious part of our nation’s history and our monuments and symbols were created to perpetuate hatred and as a response to civil rights movements. Keeping these symbols isn’t a matter of preserving our history, but rather a romanticization of atrocities that paper over the very real harms of racial injustice our nation has caused. So why during a historical civil rights movement, such as the one we are in now, have we not taken down these symbols of racially-fueled hatred? Let’s continue to fight for this reality.