Ayesha Middya
and
October 10, 2020
in
Women's Rights
Courtesy of Cosmopolitan 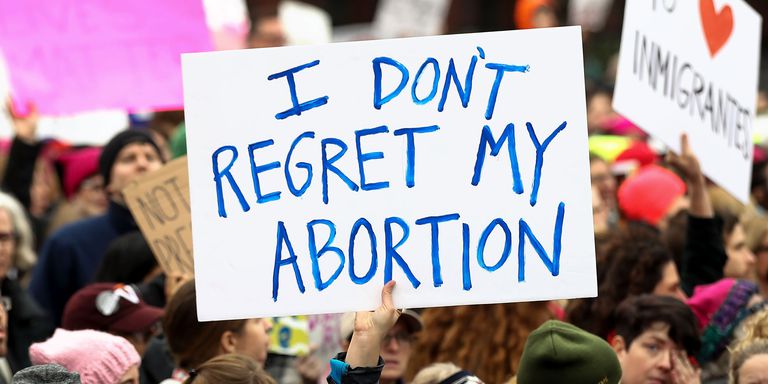 The landmark Supreme Court case Roe v. Wade was only the beginning of the debate regarding one of the most controversial topics in the United States: should a woman be able to receive an abortion? But a recent Texas bill introduced by Representative Tony Tinderholt, a Republican from Arlington, Texas takes the debate one step further. This bill calls for putting women to death for having abortions.

Tinderholt adamantly argues that the bill is a necessary step to ensure that “women are more responsible for their actions.” He sees this bill as an attempt to protect life both “inside and outside of the womb.” Many conservative Texans, such as pastors and other representatives, have claimed that the sanctity of life must be preserved and that “a woman who has committed murder should be charged with murder.” The new bill was followed by a wave of Southern states attempting to restrict abortions. The ‘heartbeat bill’ aims to illegalize abortion after a fetal heartbeat is detected which is around 6 weeks after conception. Many women would not even be aware that they were pregnant at this stage, which prompted uproar from Democrats.

Tinderholt’s divisive bill represents the renewed zeal to further restrict abortion. With the exception of endangering the mother’s life, rape, or incest, this new wave of bills has imposed restrictions like none other. This newly renewed debate brings us back to the fundamental question of whether or not women should be able to receive abortions.

The truth is, abortions are an integral part of healthcare and family planning. When a woman is in a situation where she cannot provide financial stability for her baby or doesn’t have the necessary resources to raise a baby, bearing a child will only worsen her situation. While many opponents resort to the argument of just “give up the baby for adoption” or “be more responsible,” these oversimplified solutions fall short of providing a real solution for women. Many of the people supporting this bill are notorious for cutting funds for Medicaid, Medicare, and child assistance, and these funds would certainly help women raise families and have access to better healthcare. Another important point is the idea of bodily autonomy. The strong fight for feminism includes the notion of being able to control what women do with their bodies and the manner in which they do so. Abortion extends to being able to plan one’s future out.

The Texas bill is an extreme, illogical measure to further control women. Murdering women for receiving a medical procedure should not be the path that’s taken. People like Tinderholt claim to be “pro-life,” but this bill contradicts the pro-life notion in every way possible. How can one say that they truly care about life when they are so quick to put a woman to death for abortion? This bill is illogical and will serve no greater purpose. For now, as a country, we should focus on comprehensive sex education, easier access to reproductive healthcare, and birth control.