Austin Ashburn
and
April 10, 2020
in
Activism
Courtesy of MSN 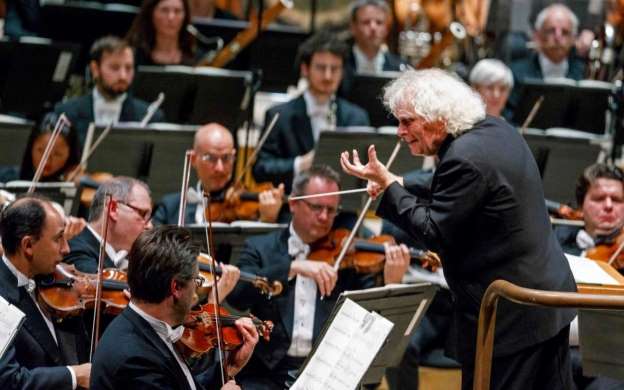 A new, high-tech innovation created by designer Vahakn Matossian allows blind musicians to follow a conductor for the first time ever, forging a path for blind musicians across the globe to finally make their way toward joining professional and mainstream orchestras.

Called the “haptic baton,” the invention was made in the footsteps of Matossian’s father, who created an earlier version known as the “beat buzz baton.” It was also developed with the Paraorchestra & Friends, an organization that assembled the first-ever ensemble of musicians with disabilities. The baton is “loaded with microchips” and “transmits the precise movements of the conductor via wireless signals to electronic wearable devices on the blind or visually-impaired musicians’ wrists or ankles,” as reported by The Telegraph. The device’s sensors translate the emitted signals into buzzes and vibrations at places where the musicians can feel them, allowing the musicians to not only pick up the beat but also the movement of the conductor’s baton as it travels through the air.

Mr. Hazlewood, founder of the British Paraorchestra, discussed the haptic baton with The Telegraphand stated, “It’s a gamechanger and has the potential to level the playing field for blind and sighted musicians… There's no reason why a conventional baton could not be modified with the computer chip in it.”

Many organizations, such as the British Paraorchestra, are being developed to give disabled musicians a platform to express themselves with their talents in music. Ireland’s Minister for Culture, for instance, launched an initiative in February 2019 to create a youth orchestra specifically for musicians with disabilities. Programs like these are aimed to give disabled individuals more opportunities in their desired careers that they might have been unable to pursue prior.

Abie Baker, a violinist who went blind as a child due to a cataract operation, mentioned how much the haptic baton has positively impacted her passion for the violin in an interview with Reuters, saying that in the past blind musicians have been reliant on having to hear the music around them. Now, she says, “...this is brilliant because there’s no need to count in or anything. I can literally just feel a buzz or two and then know to come in and I can come in confidently knowing that it’s right, which is amazing.”

While one may not think of technology as a key to social improvement, technological innovations contribute to the fight against social inequality in many ways, and the revolutionary haptic baton continues to open up new doors for people with disabilities to have the same level of opportunity in all aspects of life. The haptic baton will hopefully mark only the beginning in seeing blind musicians make their way toward success in the orchestral field, removing a barrier that has put the careers of many in harm’s way.

A prototype of the haptic baton is currently being tested with hopes for a public release by the year 2020.