COVID-19’s effect on low-income communities of color has brought about a new sense of urgency in addressing the climate crisis.

Natalie Nielsen
and
June 8, 2020
in
Justice
(Photo/In These Times) 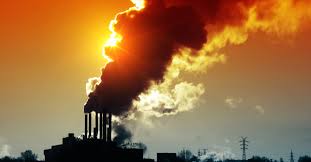 As the current pandemic continues to rage on, it has called attention to the severity of pre-existing structural inequalities in our nation. In particular, COVID-19’s effect on low-income communities of color has brought about a new sense of urgency in addressing the climate crisis.

Environmental justice, a movement that focuses on the equitable distribution of environmental burdens, has long been strived for in low-income communities of color. The movement emphasizes the fact that people living in the most polluted areas of the United States are often the poor and people of color, which is no accident. Low-income communities of color have long been the target of new landfills, car crushers, and chemical dumps because people in those communities often lacked the connections to urban planners and zoning board members that allowed their wealthier, white counterparts to protest those developments in their neighborhoods.

The effects of these policies targeting specific communities can be seen in the  higher rates of asthma, lung cancer, and developmental issues in residents of these communities, so it is no surprise that environmental justice communities are hit the hardest during this pandemic. A recent Harvard study indicated that individuals who have had long-term exposure to fine particulate air pollution, like those residing in low-income communities, experience a significantly higher Covid-19 mortality rate.

In the Little Village neighborhood of Chicago, Hilco Redevelopment recently demolished a large smokestack, causing massive amounts of dust to rain over the community, falling on vehicles, homes, and streets and thus increasing the difficulty of breathing and exacerbating the public health crisis the community is already facing. Community members quickly noted that this was a result of a corrupt system that “perpetuates environmental racism” in the city of Chicago, and that it simply is not right to schedule a demolition during a pandemic in a community that already has the second-worst air quality in Illinois.

The current pandemic has highlighted and exacerbated issues that long existed within low-income communities of color. Cities like Flint, Michigan and Newark, New Jersey, both of which have populations with around 70% people of color, are still reeling from the problems caused by their water contamination issues. People are told that they should be washing their hands for twenty seconds with soap and water amidst the current pandemic. But even if studies do indicate that the water in these cities is safe to drink, many people lack trust in the water and their public officials, making them less inclined to do so.  They are two of many more cities across the nation that have unreliable and unsafe water. Their residents don’t have the luxury of turning on the tap to wash their hands or drink their water without risking other health issues.

This pandemic should serve as a wake-up call to us all. Once people begin physically going to work, school, and other community events again, causing emissions to rise, we must remember who suffers most from our unsustainable actions, and keep fighting against the climate crisis and the inequality it exploits.

Social Distancing is a Luxury Not Everyone Can Afford