Isabella Folchetti
and
June 24, 2022
in
Justice
Courtesy of The National News 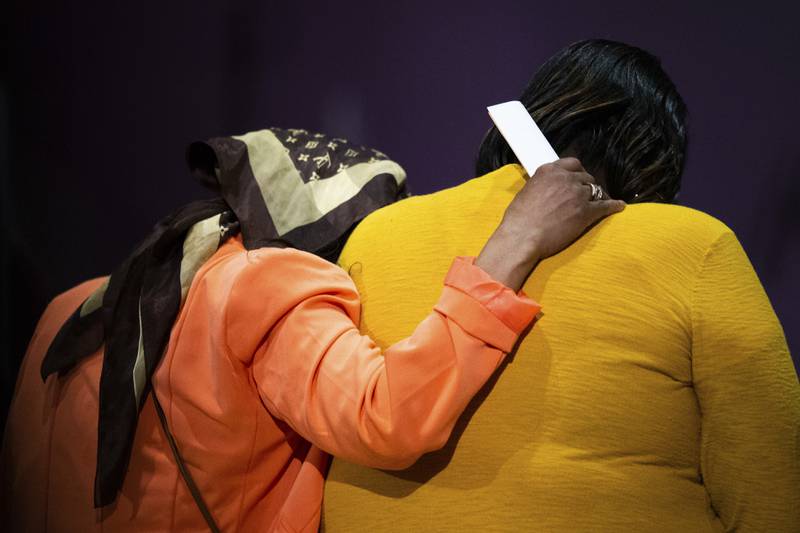 The term “white institution” has dominated the narrative of the United States since the beginning of the 17th century. The establishment of Jamestown, Virginia, in 1607 on behalf of the British-based Virginia-Joint-Stock Company, introduced this definition, and colonization further solidified it. With incoming British colonization came increasing conflict with Native Americans, as well as increasing discrimination of other non-white groups—such as African Americans, introduced for terms of coerced labor. Native Americans and their cultural connection to their land were being exploited by white settlers. When African slaves were introduced (primarily to the southern region of the colonial arena), the white institution prospered further: strung by the noose of coerced labor, and restricted by the Black Codes both during the 18th century and following the Civil War in the late 19th century, these individuals were physically barred from equality. They served only to generate profit for their masters: this narrative would linger even following the establishment of the Emancipation Proclamation in 1863, and the 13th amendment which followed. By the 1890s, when the western frontier was closed, and Southern Reconstruction following the Civil War concluded, all non-white groups were without civil liberties. The Battle of Wounded Knee concluded westward expansion, solidified white domination, and not only stripped further amounts of tribal land from Native Americans, but also further instituted the idea of “the white man’s burden.” It was the job of the white man to “nurture” and “civilize” non-whites, be it through impeding land and Christianizing, imposing regulations or implementing social levels, etc. At the same time, Jim Crow Laws were further legitimized with the Plessy vs. Ferguson court case in 1896, highlighting the idea of “separate but equal”—an invalid explanation for subordination of one group simply on the basis of skin color. This pattern of subordination would continue onward with not only Native Americans and African Americans throughout the 1900s (up until the 1960s),  but also with all other non-whites. Immigrants from southern and eastern Europe, as well as Asia, became yet another target of systemic discrimination, as whites feared that if these individuals were not “civilized” accordingly, they would introduce anarchy and strip jobs away from a rapidly industrializing and increasingly competitive economy.  The Klu Klux Klan, which was established during Southern Reconstruction in the 1860s in order to “eliminate” African Americans and ensure that they were not leveled equal to whites, re-arose in the 1920s with the first Red Scare. This discriminatory group honed in on perceived “socalists,” which were primarily European immigrants: the Palmer Raids--deportation and execution of potential socialists-- and punishment based on lack of devotion to the “Loyalty System,” were additional penalties for these non-whites. It was not until the 1960s and onward, throughout the movement for Civil Rights and liberties for both African Americans and other minorities, that the white institution was jeopardized.

That is where the term “Great Replacement Theory” comes in: the idea that whites are wrongfully being “victimized” and “replaced” by non-whites, and that the “white institution” is being jeopardized. Progression of human rights for minorities in the 1960s, coupled with the spiritual, environmental, and feminist movements of the 1970s, introduced reform: Native Americans became entitled to land formerly impeded by white settlers, and African Americans were provided more opportunity and assisted with equality in social standing, education, and politics through a system otherwise known as “affirmative action.” Affirmative action sets a minimum quota for which African Americans, Latinx, and Native Americans/Asians (non-whites) should be included in the industry or workplace. And while this system promotes inclusivity and helps recognize those who would be denied an opportunity even if they maintained the same qualifications as their white counterpart, opponents state that it does not promote equality, but rather an unlevel balance. Instead of providing these demographics with the same chances as white individuals, they are provided greater chances in order to make up for the countless historical instances in which they were denied these opportunities. This “unlevel balance” that opponents associate with affirmative action is eating away at their precious “white institution.” No longer is white domination justifiable, and no longer can white individuals “nurture and civilize” other demographics to wash out their culture and only promote the cultural practices of an Anglo-Saxon society.

Instances of the “Great Replacement Theory” are as relevant in the present day as they were in the past. Similar to the attempt to use African Americans as pawns for not only coerced labor but voting, or the attempt to place a restriction on immigration so that non-white individuals did not “introduce anarchy, strip jobs away from white corporations, or vote for a progressive who would debunk the white institution,” individuals in the present are attempting to bar immigration and implement heinous acts of violence to “restore the white intelligence.” These distasteful acts, including but not limited to restriction of immigration, targeting of non-white races and “elimination” of those individuals, are pursued in hopes that white intelligence will no longer be jeopardized by non-whites

Although not directly associated with the “Great Replacement Theory,” the issue of mass school shootings has plagued the nation in the present more than ever before. According to the Washington Post, “there have been more than 240 school shootings this year,” [including] thirty-four which have taken place following the mass shooting at Robb Elementary School in Uvalde, Texas. This spike in school shootings correlates directly with mass shootings outside of schools. One of the most recent took place at Tops Friendly Market on May 14th, 2022, in Buffalo, New York. What is horrific about this shooting, other than the fact that lives were harmed and a firearm was easily accessible to an unstable individual, is the fact that it was targeted toward one race. The Washington Post reports that this instance and several others are directly linked to the “Great Replacement Theory,” and are heinous efforts to rebuild the white institution which is actively being broken down for purposes of equality. The perpetrator of this Buffalo shooting is characterized as a “white supremacist,” who targeted “black Americans on the basis of their race.” Not to mention the fact that the gunman’s manifesto referenced the “Great Replacement Theory” directly. He mentioned “white victimization” and called upon the idea that non-whites are purposely emigrating and reproducing to replace the white population: underlining the fact that his motive to target and kill non-whites was based on the perceived “Great Replacement Theory”, and that other mass shootings may be based in that same incentive.  Meanwhile several other municipal shootings, such as that in El Paso in 2019—an attempt to target Mexicans, leaving 23 injured and 23 killed—have demonstrated this same motive of “restoring white supremacy.” There is no justification for actions or attempts to restore white supremacy..” This theory is used grossly to justify stripping away human rights and social status from those of cultural descents other than caucasian: this theory is pushing us back to the 18th and 19th century, whereupon African Americans fought tooth and nail to secure their civil liberties and even so were dishonored by those who feared equal social status with who they deemed to be an “unequal body.”

Another instance in which the “Great Replacement Theory” has plagued the nation is displayed in the attempt to bar immigration. As mentioned in the beginning portion of the essay, attempts to restrict immigration spanned from the first to the third (modern) wave of immigration. First, in the 1860s, it was the rise of Nativism and the “Know Nothing Party,” which would discriminate against and push out those immigrants coming from Western Europe (Ireland and Germany). Then it was the gross mistreatment of immigrants from southern and eastern Europe following the Civil War, whereupon they were perceived as “job stealers” and a disruption to the white institution. Then it was the establishment of the Chinese Exclusion Act (1880s) which would ensure that these individuals would not “leech off of American wealth,” and introduce their own cultural traditions. Then it was the re-arrival of the KKK, Palmer Raids, Red Scare, and Immigration Quota Acts of 1924, in order to ensure that anarchy and socialism would not jeopardize “loyal Americanism”. And in the recent past, it was former President Trump’s attempt to “build a wall” to ensure that immigrants from Mexico would not come in large amounts to the United States and “take jobs, or live by the lash of the taxpayer.” Now, according to USA Today, congressional candidate Joe Kent has stated that “the left (members of the Democratic party) is supporting an invasion of illegal immigrants to replace American voters and undercut working-class jobs.” This statement in of itself proves outright fear of degradation of the white institution, and the continuation of restricting immigration to “protect” a dome of caucasian individuals.

It is because of political statements like these that the “Great Replacement Theory” is enduring, and why extremes, such as barring immigration, and heinous public or domestic-terrorist shootings have become far more relevant in the present day. It is now that we abolish this theory and highlight the fact that providing individuals with equal standing and protection is not the same as giving them leverage over white individuals or promoting domination over whites. Black Americans, Native Americans, Asian/Pacific Islanders, and others that are non-caucasian should be provided with the same rights as caucasian individuals. They should not be punished for securing those rights, nor targeted, nor harmed (physically or in terms of their rights) for their equal status, nor should their equal status be actively debunked by the class of individuals that feels as if their “domain” is crumbling because they are no longer considered “superior”—or because they feel as though they can no longer dominate, and are therefore being replaced.