The Utsuls: Another Ethnocide with International Consequences 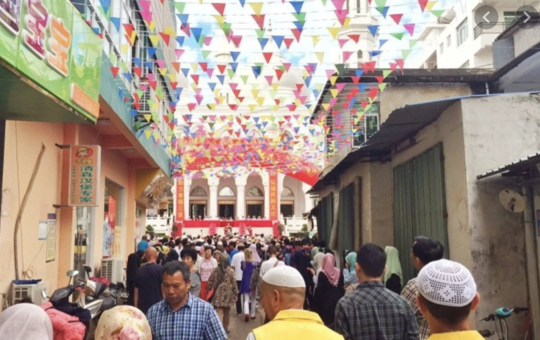 Over the past several years, the Chinese Communist Party (CCP), under President Xi, has been expanding its despotic power over several minority groups, including the Uighurs of Western China. You’ve most likely heard of the Uyghur genocide in western China; if not, check out this Redefy article. Beijing has been oppressing the Uyghur people group for three years and counting, and now they have another target: the Utsuls of Hainan Island.

Another Muslim people group, the 10,000 peaceful inhabitants of the nation’s southernmost province, are under heavy surveillance. France 24, an international news television network, explained that “expanded surveillance, bans on Arabic scripts and limits on the size of mosques are now being applied.”

On Hainan Island, hijabs are now banned, and all mosques are required to have one member of the Chinese Communist Party on their board to ensure that all proceedings are in accordance with government policy. Similarly to the Uyghur crisis, Beijing has explained that the surveillance of the Utsul people group is an initiative to maintain ‘social order’. It's another example of Chinese bureaucrats’ classic insecurity over the smaller, religiously-inclined people groups and their fears of an uprising.

We already know that the Chinese government is not in favor of religious freedom. The Chinese Communist Party, as Katja Drinhausen of the Mercator Institute for China Studies says, is extremely focused on unifying all people groups under one nationalistic identity - Xi’s preferred path toward social order. Religion is an obstacle along this path, and his cabinet is willing to pass any law required to obliterate the people groups who cling to it.

But, see, President Xi’s administration is cherry-picking their victims. There are several other Muslim minorities living on Hainan Island; however, the Utsuls living in two neighborhoods of the regional capital of Sanya are the only ones being threatened.

The most astonishing part of this entire situation is that the concerned people group has never fought for independence, were not radicalized, none are practicing violent religious rituals— essentially, they aren’t a security threat whatsoever. They are the oldest Islamic community in the country and have kept themselves distanced from the more extreme beliefs of the Salafi Muslims.

Dru Gladney is an anthropologist and president of the Pacific Basin Institute for Research at Pomona College. He drew only one distinction between the Utsuls and the other predominant group of Muslims on Hainan Island - the Hui. The Utsuls speak a language - Tsat - that is more similar to that of the Malay people rather than the Chinese.

Researchers and historians still are scratching their heads when it comes to exactly why the CCP is targeting the Utsuls. Is it their language? Is it their history in the country? It’s certainly not an effort to combat radicalization… and definitely not measures taken to quell an uprising.

However, what we do know is that there will be an even more significant outcome in this situation than in Xinjiang, the home of the Uyghur. By isolating this community, China has severely weakened diplomatic ties, increased the likelihood of radicalization, and put the island on the path toward massive social clashes.

Indonesia had a strong ethnic and economic relationship with the Utsuls. Indonesian ties weakened? Check!

And the effort to keep the Utsuls ‘in check’ and clasped in the firm grip of the CCP could lead Utsuls to break apart from Chinese society and could promote a radicalized mindset because of this discrimination.

China needs friends in Southeast Asia - regional ‘domination’ or hegemony, which Xi has had his eyes on for a while, could be at risk if the country alienates its allies. The country is at risk of undermining its own anti-radicalization, pro-unification effort by subjugating the Utsuls.

What's Happening in Ethiopia and Why You Should Care

"You Are Not Alone": An Interview With Caren Howard