Elizabeth Jones
and
January 17, 2021
in
Justice
Courtesy of BBC 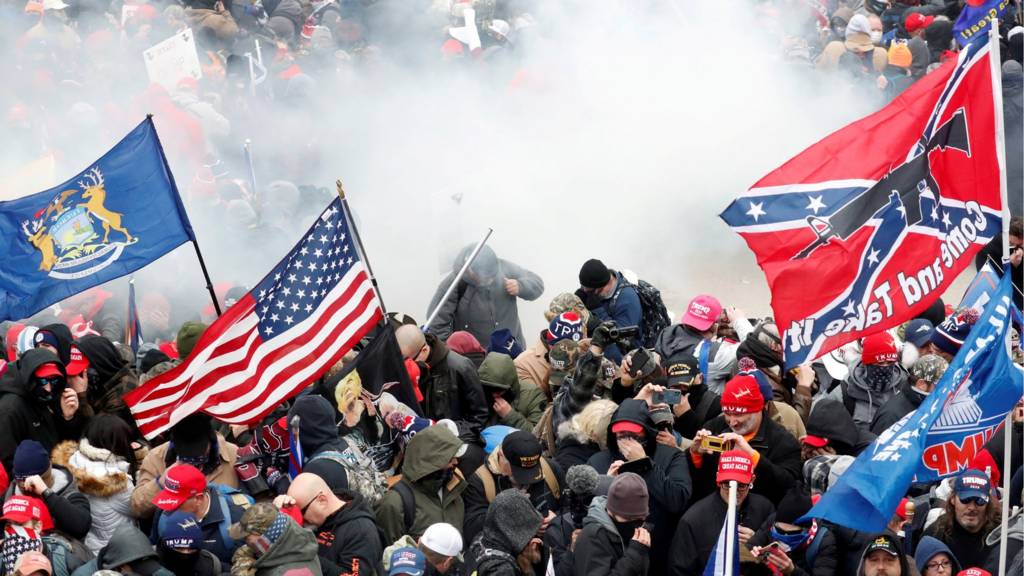 On January 6th, 2021, domestic terrorists attacked the US Capitol Building. The FBI defines domestic terrorism as “violent, criminal acts committed by individuals and/or groups to further ideological goals stemming from domestic influences, such as those of a political, religious, social, racial, or environmental nature”. Despite the attackers being pro-Trump right-wing extremists who broke into the Capitol Building armed with guns and homemade bombs to push their political agenda of preventing Biden from assuming presidential office, the media has largely referred to the threat simply as protests. As the media inherently shapes peoples’ opinions, it is dangerous for incorrect language to be used.

Currently, many are arguing that the hesitation to call this act of domestic terrorism for what it is stems from deeply rooted racism - and they seem to be correct. LZ Granderson wrote in an opinion article for the Los Angeles Times, “If the people forcing their way into the Capitol wore turbans instead of MAGA hats, what transpired would not be described as a protest.” This statement is easily backed up by the research project Mapping Police Violence, as their work showed in 2019 that 54% of deaths caused by law enforcement officers were people of color, even though they were less likely than white police brutality victims to be armed when killed. The predominately white mob of terrorists had significantly less fear breaking into the Capitol Building than a person of color would, because they are less likely to be harmed by police.

Further proof that describing the attack as a protest rather than terrorism is racist are the vast differences in coverage between Black Lives Matter protests and the violence at the Capitol on January 6th. During the summer of 2020, Fox News Host Laura Ingraham openly mocked those who described the BLM protests as mostly peaceful; in reference to the insurrection, however, she said that protests in D.C. were largely peaceful and it is, “because of a small contingent of loons, these patriots have been unfairly maligned." Others, like President Trump, were also quick to condemn the BLM riots- and even peaceful protests- but sympathize with the right-wing extremist attackers. On January 7th, following the attack, President-elect Joe Biden said, “No one can tell me that if it had been a group of Black Lives Matter protesting yesterday, they wouldn’t have been treated very, very differently than the mob of thugs that stormed the Capitol."

Police response may also affect how the media portrays the attack. Experts say that it appears the US Capitol Police expected a mostly peaceful protest, so they were shocked and overwhelmed when it was the polar opposite. In contrast, police actively prepared to stop violence at BLM protests during the summer because the deployment of government troops cemented the belief that BLM supporters were a threat. Because police response to the attack on the Capitol Building was less than adequate in the beginning, journalists were hesitant to call it domestic terrorism.

People need to know that this was an act of domestic terrorism and understand why, so that they will support convicting those involved to prevent similar attacks in the future. Because of this, the media needs to stop calling the rioters ‘protestors’ and start using the appropriate language, starting with domestic terrorism.