The Ugly Truth of Casteism in India

The ancient caste system in India has had long-lasting implications, which continue to disproportionately impact women today 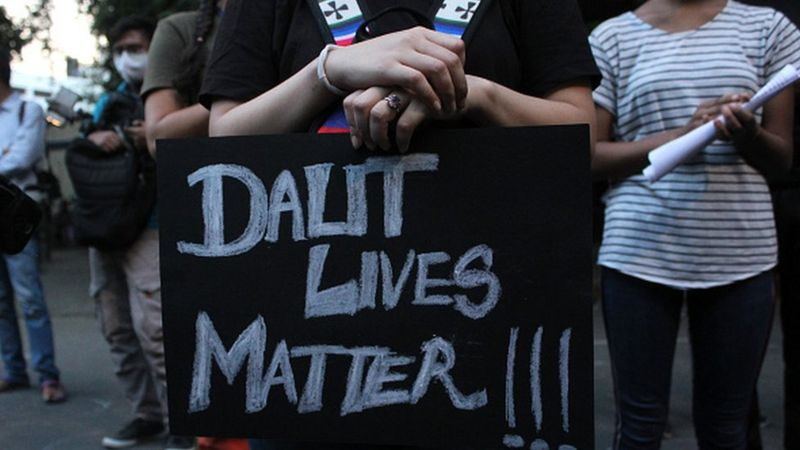 Trigger Warning: This article discusses matters of sexual assault and rape. If you are sensitive to this topic, please exercise caution while reading.‍

On September 14th, a shocking incident of gang-rape brought to attention the sheer horrors of the lack of women’ security in India and the ugly truth of remnant casteism. A 19-year old Dalit woman, considered to be the lowest caste in the Hindu caste system, was allegedly  gang-raped by four “upper-caste” men in the Hathras district in Uttar Pradesh, India. The rape victim battled for her life in a Delhi hospital for two weeks and died, succumbing to her grave injuries. In spite of her brother lodging a complaint on September 14th itself against one of the culprits, the police arrested the rapists only 10 days after the incident. Following that, the body of the woman was forcibly cremated by the Uttar Pradesh police in the early hours of September 29th even as her family continued to protest, seeking custody of the body. To add to the horror, Uttar Pradesh senior police officer Prashant Kumar, on Thursday, October 1st, claimed that the Dalit girl was not raped because her “forensic report has not found sperms in her samples”. This statement was made despite the girl claiming sexual assault and naming the four accused in her dying declaration. Undoubtedly, as the Uttar Pradesh police have conducted the investigation, it has led to several loopholes and red flags!

The Uttar Pradesh police even arrested and detained members of the media who were on their way to report about the alleged Hathras case. It is an absolute shame how several political parties (of opposition and in the government) have been attempting to politicize the whole incident. Uttar Pradesh’s Chief Minister, Yogi Adityanath, said that the Bharatiya Janata Party’s (BJP), the current ruling party of India, political opponents were conspiring against it by “trying to lay a foundation for caste and communal riots through international funding”; whereas, there have been horrifying instances due to the oppression of lower castes (Dalits) by the higher castes and, the insensitivity to protection of women. Among those supporting the upper caste men (Thakurs) accused in the Hathras case were members of right-wing groups and a BJP leader.

Indian Journalist Mrinal Pande writes, “Going through the debates on rape, from the gruesome 2012 Nirbhaya rape to the equally horrific rape-murder of a Dalit girl in UP’s Hathras district this year, one thing becomes clear: Gender is a social system that divides power in India. Men have a clearly articulated agency for change and decision making. Women, especially young Dalit girls, remain abstract persons with abstract rights.”

The Indian government has set up a committee, composed solely of upper caste men to rewrite all of our criminal laws. Criminal laws define the limits of what citizens can do without fear of punishment. They are meant to have safeguards to ensure that the police, the government, and those in power cannot jail, punish or kill people at will. All indications suggest that this committee has been set up to widen the net of criminal laws and to dilute what safeguards exist to prevent. The committee’s “public consultation” on how to reform its criminal laws occured between July 4th and October 9th of this year, while India suffered its worst pandemic in living memory. The process was neither ‘public’ nor ‘consultation’.

The reliability on the Indian media system has spiraled downwards, as there has been more fake news spread by the mainstream news channels than from other sources; however, not all hope is lost. At the center of the gang-rape incident, following the forcible cremation and politicization, was Tanushree Pandey, a reporter from the India Today group who fearlessly pursued justice in this case.

Through videos taken by her news crew, she made the entire nation aware of what was going on during the dreadful night of September 29th. Some of her videos are the only proof remaining of the murky undertones of this case. Tanushree went after the police, asked them the right questions, and recorded the District Magistrate’s (DM) conversation with the bereaved family. A phone conversation, purportedly of Tanushree and the victim’s brother, was floated on a pro-government website. India Today raised concerns about why the victim’s family was under surveillance and demanded the legality behind recording private telephone conversations. In this audio clip, Tanushree asks the victim’s brother to send her a video saying that they were being forced by the police to sign a document claiming that the family was “satisfied with the probe.”  Bharatiya Janata Party’s Amit Malviya suggested that the media ban was imposed because of misreporting by media channels. He also added that the autopsy reports don’t mention rape and claimed that the victim’s family’s claims were at odds with the official findings.  India Today has denied all the allegations and has asked under what authority the phones were being tapped.“India Today first asks why was the telephone of our reporter, who was covering the Hathras murder, being tapped?” the channel asked. “If it was Sandeep’s phone that was being tapped, then the government needs to answer why the phones of the grieving victim’s family are under surveillance. And under what legal provision of law...”

In Uttar Pradesh, rape cases have always been high. According to the National Crime Records Bureau in 2019, there were 87 cases per day. In 2018, over 3.7 million cases of crimes against women were registered, among which 32,033 were rape. In 2019, a total of 3,500 Dalit women were raped. Among these, one-third was from just two states: Uttar Pradesh and Rajasthan. Upper caste men have traditionally controlled land and power, both political and economic, in western parts of Uttar Pradesh, which has resulted in young women from poor rural lower castes to bear the violent consequences of gang rapes. It is also no coincidence that soon after this, within two days, similar rapes of minors were reported from nearby districts of Balrampur, Azamgarh and Bulandshahr. The Hathras district itself is a recent entity. It was carved out of townships from Agra, Aligarh and Mathura in 1997. It is an area, where the gender ratio of women to men - 871:1000 - is one of the lowest in India.

The Hathras case is not the only instance revealing the ugly truth of caste suppression in India; there have been cases in the past as well as recent times:

All we know is that, in order to bring true justice, the thinking and mindset of people needs to be changed so that girls are never treated as subhuman. The unnecessary hype of trends like “binod”, “rasode mein kaun tha” won’t be of any use; what we can do is protest so that we can overcome these violent incidents and at the very least least, see the amount of rape cases decreased in India.

Journalist Mrinal Pande writes, “…the incident has provided women with a jurisprudential opportunity through a crack in the wall between law and society to speak up against the suffocating fear that stalks women in Uttar Pradesh.”