Tanishka Shah
and
December 7, 2021
in
Environment
Courtesy of Ticker News 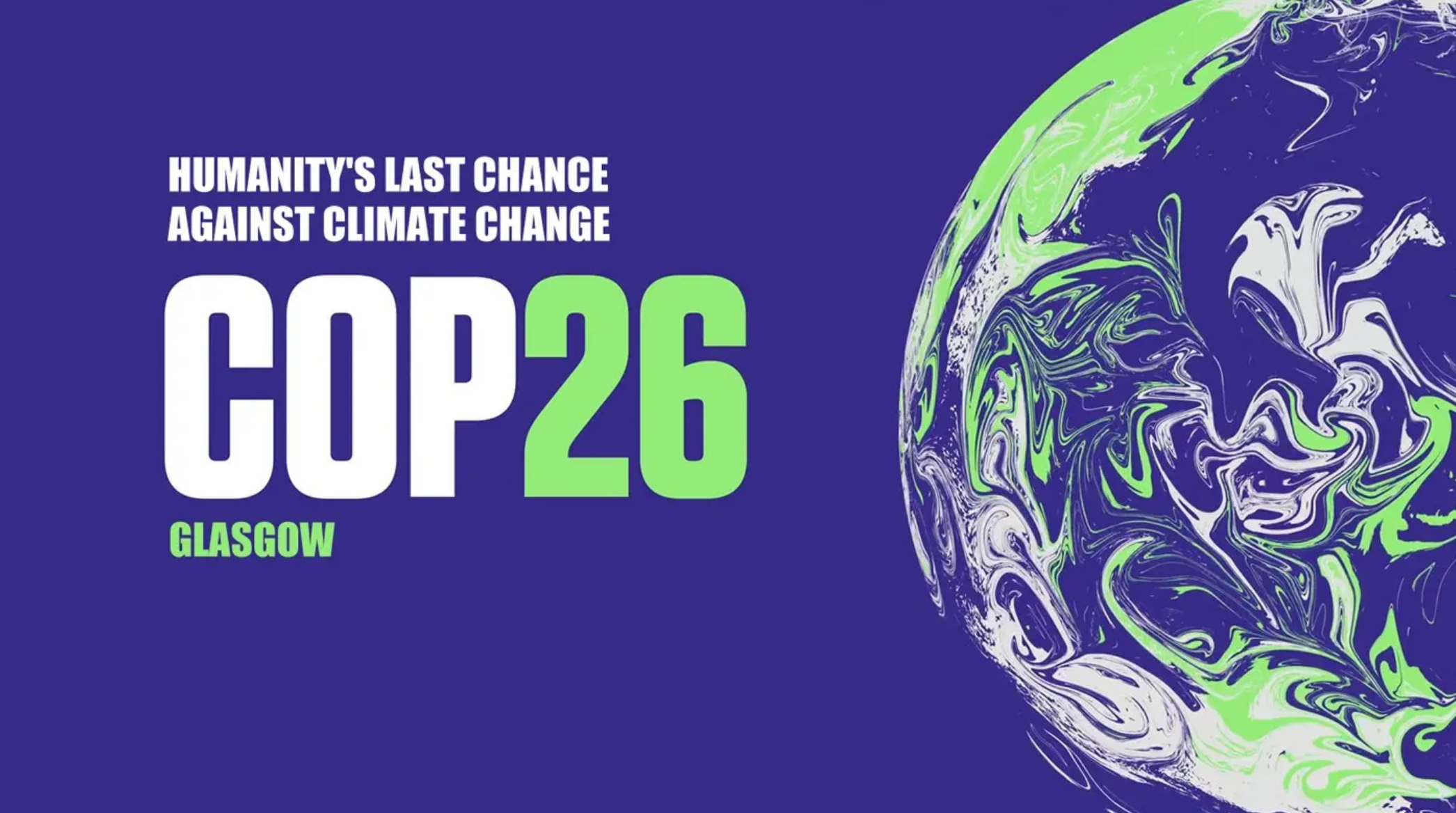 The two-week conference “COP 26” held in Glasgow, Scotland officially ended on November 12, 2021. As the name suggests, it was a Conference Of Parties including 197 nations that agreed to the UN Framework Convention on Climate Change during the 1992 meeting.

Diplomats from nearly 200 countries participated in the nuts and bolts of negotiations in the course of the two weeks. The conference proceedings were monitored by business leaders, academic experts, and activists - including Greta Thunberg - as they pushed for more ambitious climate targets.

The aim behind this meeting of more than 130 heads of state and governments was to set new targets to cut global carbon emissions from the burning of fossil fuels. Even though the conference is held annually, COP 26 was especially significant because scientists say “nations must make an immediate, sharp pivot away from fossil fuels if they hope to avoid the most catastrophic impacts of climate change.”

According to scientists, for every fraction of a degree of warming, the world will see more intense heatwaves and drought, and more deadly floods and wildfires. The planet is already heated by roughly 1.1 degrees Celsius since the 19th century due to human activities.

To reduce enough emissions in order to keep the planet below 1.5 degrees of warming, countries have less than 10 years. So if leaders don’t commit to bold steps now, the world will barrel toward dangerous levels of warming. This indeed is Humanity’s last chance against climate change. To ensure this, global involvement from the most indigenous communities is also vital, and this is an ideology commonly shared even by COP spokespersons.

​​“The UK is committed to hosting an inclusive COP,” a COP spokesperson said in a statement. “Ensuring that the voices of those most affected by climate change are heard is a priority for the COP26 Presidency, and if we are to deliver for our planet, we need all countries and civil society to bring their ideas and ambition to Glasgow,” they added.

However, in reality, the exclusion of people with disabilities and a lack of attendees from the Global South are just some of the criticisms leveled at the event organizers. Some civil society groups in attendance had also been “locked out” of negotiations which seriously undermined the credibility of this conference.

Thunberg took over Twitter through her tweet “This is a Global North greenwash festival,” referencing criticism over the COP26 climate summit describing it as “the most excluding COP ever,” and “A two-week celebration of business as usual and blah blah blah.” The climate activist also suggested that the Glasgow summit is a failure, condemning the U.N.-brokered talks for turning into a public relations stunt. “The COP has turned into a PR event, where leaders are giving beautiful speeches and announcing fancy commitments and targets, while behind the curtains governments of the Global North countries are still refusing to take any drastic climate action.”

“Inside COP, there are just politicians and people in power pretending to take our future seriously,” she said. “Change is not going to come from inside there, that is not leadership. This is leadership, this is what leadership looks like.” And these thoughts further influenced many climate activists to voice their opinions.

“Inside that conference of polluters, the climate criminals are hiding behind barbed wire and fences and lines of police,” said Asad Rehman, a COP26 Coalition spokesperson to the crowd of thousands. “We’re not going to accept their suicide pact.” Another Ugandan activist Vanessa Nakate said “Leaders rarely have the courage to lead. We must demand that our leaders stop holding meaningless summits and start taking meaningful action."

Every speech echoed the same emotions: Anger towards the exclusion of activists from negotiations. Frustration over the lack of progress after two and a half decades of meetings. Skepticism whether well-heeled politicians and business leaders would serve the interests of marginalized people. “Every aspect of the climate crisis is intersectional,” declared Mitzi Tan, the Filipina Fridays for Future organizer. “The fight for climate justice has to be anti-colonialist, anti-fascist.”

Vanessa Nakate also brought to notice how women and girls in her community are forced to drop out of school when economic crises hit and must walk miles in search of water, pointing out how climate change disproportionately affects a particular gender more severely.

As the streets of Scotland were blocked by climate protestants and civilians, a new aspect of “Climate justice hand in hand with Social justice” came to light. Roz Foyer, general secretary for the Scottish Trades Union Congress, said “We know the billionaires, the bosses, and the politicians who run this planet are not going to make the changes that we need. We need to build a huge and angry and a powerful movement for change. … Let’s make today that we all joined together.”

Though united by their passion for climate change, the thousands of people - right from labor organizers, Black Lives Matter activists, advocates for Indigenous sovereignty, farmers, immigrants, feminists, and Marxists - converged on Glasgow Green also called for change on a diverse array of issues.

Protesters “are talking about wildfires in Canada, floods in New York — like climate change just started happening,” said Vienna Watts, a Black Lives Matter protester from England. “But it’s been happening to us for a long time.” She also mentioned how her family in Jamaica has been facing warming weather and rising seas for years.

“We are the first people experiencing climate change,” said Jorge Quilaqueo, a Mapuche traditional healer from Chile. “The medicinal plants of the sacred places and the springs are disappearing.” They are on the path of “egoism and capitalism,” he added. “This is about changing paradigms.”

Another radical arm of the climate change protest movement was the “Extinction Rebellion.” Advocating for the message - Climate change is an emergency that requires drastic and immediate action, the group’s tactics test public tolerance for social and economic disruption. Inspired by Swedish activity Greta Thunberg, the group has attracted not just schoolchildren but also young professionals, parents, grannies, and others concerned about climate change and habitat loss.

To get attention for their cause, these protesters have taken violent measures such as blocking bridges, gluing themselves to roads, stripping in Parliament, and staging a “die-in” at London’s Natural History Museum. They also chained themselves across a Glasgow bridge to block traffic. Earlier in the summit, protesters were encouraged to dress in green during their “greenwash march.” During the rally, officers were sprayed with paint following which the Scottish police made two arrests.

Though many protesters and climate activists dismissed the conference and its associated hoopla as “greenwashing,” experts say the U.N. negotiations have helped move the needle on climate change. Since the Paris agreement was signed in 2015, United Nations’ projections for warming by the end of the century have dropped from roughly 4 degrees Celsius to about 2.7 degrees Celsius.
The problem is not the climate summit itself, but the representation at the summit. The leaders must follow what they have committed to and even the most marginalized communities must get a say in the conferences. The concept of “Greater good” must be considered before taking any decisions relating to the climate. We may find an alternative source of income, but we can’t find another planet Earth.