Whether the American Dream is a positive, negative or irrelevant force on our incredibly volatile 21st-century world is very debatable

Myra Ahmed
and
March 26, 2021
in
World
Courtesy of Arnaud Steckle on Unsplash 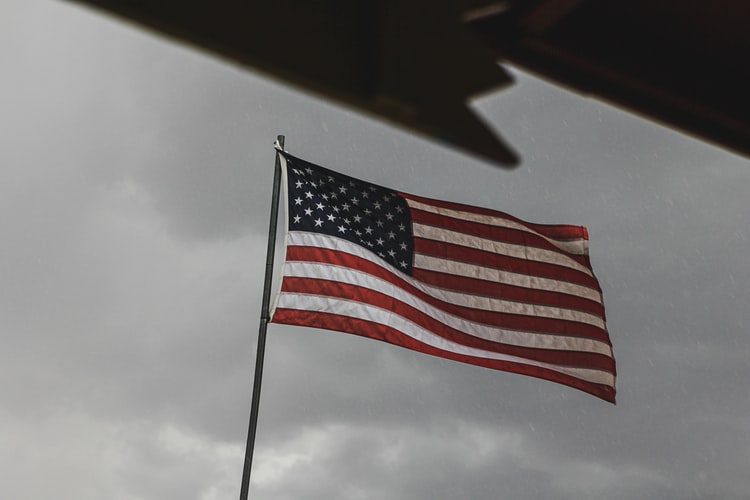 The American Dream is a concept that has stayed at the heart of America’s social, political and economic landscape since its inception, despite the various shifts it has seen in these three capacities. The belief that any citizen and all citizens of America can achieve some version of success, regardless of their background, class or ‘starting position’, is one that continues to guide people in their endeavours, governments in their policies, and America to its future. But exploring the history behind this concept, that continues to manifest itself in both positive and negative ways in the modern world, can provide us an insight into why it is and what it is.

A history of the ‘American Dream’

James Truslow Adams, an author and historian, first coined the term ‘American Dream’, in his 1931 book titled “Epic of America”. The book explored the history of America in all its glory, defining the American Dream as the “a dream of a social order in which each man and each woman shall be able to attain to the fullest stature of which they are innately capable, and be recognized by others for what they are, regardless of the fortuitous circumstances of birth or position.” Many of the historical American Dream’s facets are scattered through America’s various founding ideologies and documents, like the Declaration of Independence which declares all citizens equal, with “certain unalienable Rights”, like that of “Life, Liberty and the pursuit of Happiness”. Contrary to many of the associations made with the concept today, however, the American Dream was much more a sociopolitical concept, than one merely revolving around a set of material, economic ideals. The American Dream was a “dream of social order”, and not one of “motor cars and high wages merely”.

The social impacts of the American Dream

It is notable that even prior to this establishment of the American Dream as a fundamental principle of the United States’ sociopolitical and socioeconomic landscape, there was extensive influence of its various facets on society. F. Scott Fitzgerald 1925 novel, The Great Gatsby, explores the American Dream, but in its worst, most corrupted form. The rise and fall of Gatsby, and the moral apathy depicted throughout the narrative were representative of 1920s America and the Jazz Age, which was followed by the economic downturn of the Great Depression. The novel focused on the complete and total submersion of the American society in the pursuit of wealth, rather than the pursuit of happiness. The novel also highlights growing inequalities, with the contrast between the Valley of Ashes (where Myrtle and Wilson are housed), and Gatsby and Tom’s mansion depicting the disproportionate impact of a surge in economic growth. A line that almost entirely encompasses this:

“Gatsby turned out all right at the end; it is what preyed on Gatsby, what foul dust floated in the wake of his dreams that temporarily closed out my interest in the abortive sorrows and short-winded elations of men.”

What preyed on Gatsby? His American Dream. What “foul dust” floated in the wake of this dream? The lives and livelihoods he destroyed to achieve this level of success.

It could therefore be argued that this concept of self-sufficiency and the arc from nothingness to everything was one that America saw as its identity; America, in itself, is a manifestation of the American Dream in its progress from a minor British colony to the greatest, most powerful country on Earth.

The economic impacts of the American Dream

In an economic capacity, the American Dream, in the modern day and age, is most commonly associated with concepts of upward social mobility. Whether it is the archetypal home with a picket fence, or the story of immigrant success, the promise of America is now more the promise of material success, than the promise of “Life, Liberty and pursuit of Happiness”. Closely tying in with the concept of the American Dream, which in the modern world symbolizes self-sufficiency and the ability of all to “make it”, is the concept of the free market. The American economic ideal of free market capitalism reiterates the American Dream for what it really is: a dream. It cannot, has not and will not come true for every American citizen, and the “foul dust” that the success of few and failure of many has brought has led to immense economic inequality in the country. Free market economists in the United States have also based their arguments for minimal state intervention in liberalist ideas, arguing that all individuals should be free to pursue their versions of success, and that state intervention should be limited to protect democratic principles and further economic efficiency.

Whether the American Dream is a positive, negative or irrelevant force on our incredibly volatile 21st-century world is very debatable. The confidence it instils in the population is surely a positive. The inequality it embeds in society is surely a negative. But the influence it has is certainly significant, and how policymakers, and society, for that matter, take it forward will be interesting to see.