In a world where the news changes constantly, many people like to think that without the press, everyone would be misinformed and gullible. 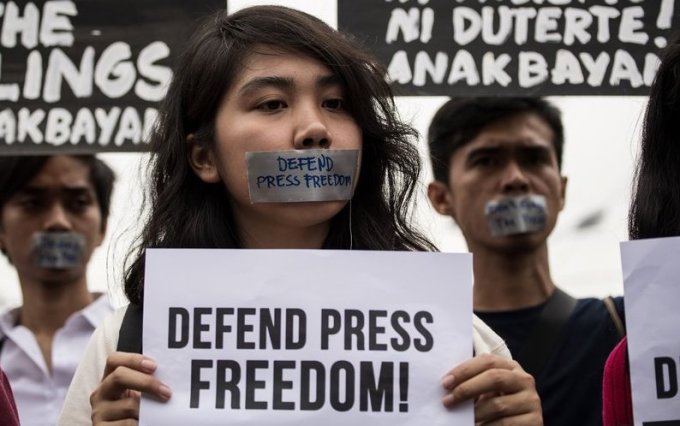 In a world where the news changes constantly, many people like to think that without the press, everyone would be misinformed and gullible. And while I too want to believe in this idea, the broken state of the media in the Philippines has forced me to accept a harsher reality.

The Philippines is an extremely conservative and Catholic country, and consequently its people are obliged to follow age-old norms and adhere to stereotypical (not to mention sometimes unreasonable) traditions. The Philippines rejects new, or revolutionary, ideas; it refuses to rebel against an abusive culture that has thrived in the citizens’ apathy and fear. This is evident in the lack of accurate minority representation in any sector of Philippine society, from primetime entertainment to politics.

Suppression of journalism and freedom of speech as a whole has been present in the Philippines since its Spanish colonization: for example, the assassination of Jose Rizal due to the subversion found in his writing and the general killings of many Filipino citizens who raised their voice against injustice. In another example, the notoriously abusive martial law of late dictator Ferdinand Marcos from 1972-1981 did not exempt anyone from human rights abuses, as seen in the murder of many “subversive” journalists and writers.

The contemporary state of Philippine media is just as destructive, if not more. In this decade alone, we have seen multiple journalist massacres, the most well-known being the Ampatuan massacre. Moreover, the press continues to gloss over and censor taboo issues, broadsheets and other media forms are being tainted by political motives, and more recently, the delivery of fake news. Corruption running through positions of power is ruining whatever remaining sanctity Philippine media has. Department of Communications assistant secretary, Mocha Uson, currently spreads false information on her sentient and fallacious blog; Senate President Tito Sotto demands –successfully– that the newspaper giant, Inquirer, remove all articles implicating him in the rape and consequent death of Pepsi Paloma; and President Rodrigo Duterte disrespects and threatens to harm members of “bias[ed]” media. Furthermore, in the two years President Duterte has been seated as president, the formerly reputable site, the Manila Times, has turned into an avenue for pro-government propaganda, dissenting news platform Rappler’s registration has been revoked, fake news has been thriving on Facebook, and many more such journalistic atrocities.

In order to progress and evolve from all these terrible happenings regarding the press, we need to do our best to be, and to help others be, correctly informed. It is crucial for us to reflect on our past and use our history to improve our future. After all, like Edmund Burke said, those who don’t know history are doomed to repeat it.