Neha Chinimilli
and
September 12, 2021
in
Sports
Courtesy of USA Today 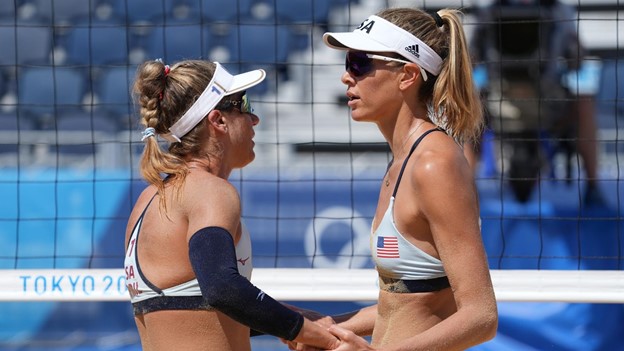 Professional athletes put in rigorous hours towards their training, sometimes preparing for more than 20-30 hours a week. They sacrifice their time, social lives, financial stability, and put themselves at risk for long-term injuries. Despite all of their hard work and feats, many women athletes are not known for their achievements. They are known for their outfits.

It is not a new narrative that women are more recognized for their femininity and image rather than their athleticism. The apparent sexualization of women’s clothing is a problem that stems from the objective to market sports to consumers. Because of this, a larger audience is more likely to tune in if female players are more appealing to the male gaze.

For example, as per the International Handball Federation rules, female athletes are mandated to wear bikini bottoms “with a close fit and cut on an upward angle toward the top of the leg. The side width must be a maximum of 10 centimeters.” However, men are allowed to wear shorts as long as they are 10 centimeters above the kneecap and not excessively baggy. There’s no real advantage to wearing smaller items of clothing, otherwise, men would have the same mandates. The mandate for the bikini bottoms wasn’t made with the intent to provide an advantage but rather to expose more of a women’s body to gain viewership.

In fact, the Norwegian women’s team was fined 150 euros per player for breaking the mandate and wearing athletic shorts instead. Officials deemed the shorts to be “improper clothing” despite men being allowed to wear the same “improper clothing” when competing. The mandate and consequences are blatant examples of sexism displayed in athletics. In lacrosse, field hockey, and tennis, women wear skirts whereas men wear loose-fitting shorts. Some argue that skirts are more comfortable to compete in but fail to acknowledge that shorts provide the same comfort but offer increased coverage, thereby not an “appealing” choice for women. All of these instances only add to the ongoing objectification of women.

A similar dress code protest took place in Switzerland this year when German gymnasts decided to take a stand against the sexualization at the European Artistic Gymnastics Championships by wearing full-body unitards, as opposed to traditional leotards. They received full support from the German federation and their outfits complied with the International Gymnastics Federation rules. This was a powerful demonstration to the public since it allowed many to see that women should have the right to choose how to present their own bodies, rather than conform to the dress codes based on antiquated ideas of women formed by men.

In 2019, Serena Williams was unfairly chastised for competing at the French Open in a full-length, black catsuit, even though the outfit was being worn for health reasons. Williams wore the outfit to help blood circulation in order to prevent blood clots. The French Tennis Federation said that William’s outfit would not be accepted at matches in the future. Although the outfit did not provide Willams any advantage or violate any rules, her appearance was still policed. This contention shadowed William’s return to competing after her pregnancy, illustrating another issue with the rules. The publicity regarding women’s clothing is more prominent than coverage about their actual playing, causing women’s sports to be taken less seriously and women’s achievements to be discounted or altogether disregarded.

Moreover, the implications of the exploitation of women athletes are heavy. It puts athletes at a greater risk of harassment and threatens prevailing efforts to guarantee that no athlete is subjected to improper behavior. The ongoing narrative presents the public with the idea that a female’s body is allowed to be objectified and displayed at their expense. Especially in sports like gymnastics where sexual assault is a part of its past, these dress codes only perpetuate this behavior. Overall, these dress codes take the choice away from the women who are competing and place the power in the hands of men—an example of the patriarchal thinking within sports. They reinforce harmful gender stereotypes that many women have been combatting for decades.

Women athletes contribute extensively to their respective sports and should be recognized for solely their contributions. The recent protests have opened up the conversation about overt sexualization, allowing many to grasp the concept that women possess the right to choose clothing that makes them feel comfortable and empowered. Further change comes when federations and global committees acknowledge this and end the sexist mandates.