“The inability of a girl to exist without her body being made into a spectacle is the patriarchy at work.”

Brooke Elliott
and
October 31, 2021
in
Justice
Courtesy of iStock 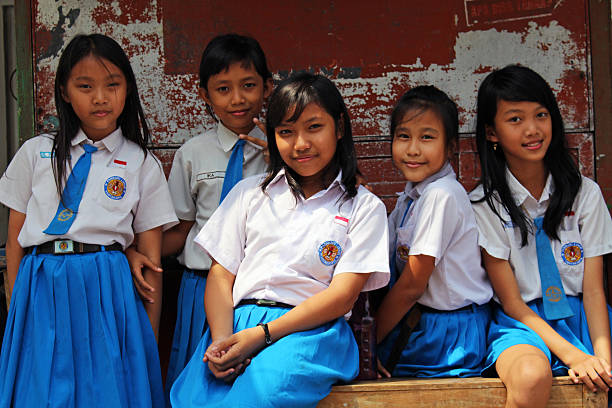 The sexy schoolgirl is a staple of every Halloween party. She stands with friends, perhaps nursing a drink, with her button-down barely closed and her skirt brushing her upper thigh. Maybe she adds to the look with sloppily tied pigtails or a headband, but either way, her hair resembles that of a kindergartener swinging for the first time from the monkey bars, her fellow students gazing up in amazement as she hangs from the top of the world. Our partygoer’s midriff is bare, her knee-highs draw your eye up her leg. The overall costume can be summed up in a single word: lust. “Where’d you get your costume?” the host may ask over the beat of the music.

The idea of child brides has been rampant in various cultures throughout both time and space. The practice of marrying off young girls to older men is a global issue, despite what one might think; almost forty thousand girls under the age of eighteen are married daily. These girls are not yet mature, both emotionally and physically. The effects of these unions are in many cases life-threatening. These children suffer a sickeningly high rate of HIV and other sexually transmitted diseases and are fifteen times more likely to die during childbirth. What’s more, these girls are completely stripped of their dignity, their humanity. They have their childhoods cut short. RAINN (Rape, Abuse & Incest National Network) gives us the statistic that one in nine of these girls faces domestic and/or sexual abuse. With that comes PTSD and depression, as well as countless other mental disorders that further plague the children.

What might all of this have to do with a simple Halloween costume?

It’s willful ignorance, a deliberate choice to play into the pedophilia and benefit from it. The market for young girls is known– the media makes sure of that. Ask yourself the questions, “What about school uniforms is inherently sexy? What about the too-tight, see-through shirt or the messy child-like hair screams naughty or mature?” Maybe it has to do with the taking of something pure and destroying it. The sexy nun, the sexy teacher, the sexy nurse, the sexy doll. These women-dominated industries– meaning jobs and livelihoods– are blatantly sexualized before our very eyes, and we let it happen. We buy the costume, we blush when we are complimented.

Playing into the sexualization of young girls, the very same who are kidnapped and raped every day in astounding numbers, is no lighthearted costume. The inability of a girl to exist without her body being made into a spectacle is the patriarchy at work. Women buying into the fantasy of an innocent schoolgirl makes being an actual innocent schoolgirl that much more dangerous. Now, when a female student unbuttons her collared shirt on a hot day or rolls up her skirt, she receives the same attention that the sexy schoolgirl does.

“Her body is on display, and it’s up to her to deal with it.”

None of this is to say that women shouldn’t dress up however they want, whenever they want. Wearing an inherently revealing costume isn’t a problem. In fact, it’s an asset to take control of your body and feel good in your own skin. For some women, being sexual holds power, and that power should never be taken away. It’s the choice in the matter where the problem is introduced. You can dress however you want and invite as much attention as you’d like, but attaching that attention to a real-life issue rooted in sexism and abuse is not powerful, it only plays into an already emboldened male dominated society. Young girls should not be sexualized, they should not be the object of anyone’s fantasy, and they shouldn’t be an acceptable Halloween costume. The young girl is a child, and we should treat her as such.

So next time you’re in Party City picking out a Halloween costume, stick to a simple jumpscare rather than a product of systemic pedophilic child abuse.

The Life and Legacy of Desmond Tutu