As we collectively look ahead, let us continue to unite with the same passion and intensity that engulfed our society a year ago

Delali Bruce
and
May 30, 2021
in
Black Lives Matter
Courtesy of WDIO.com 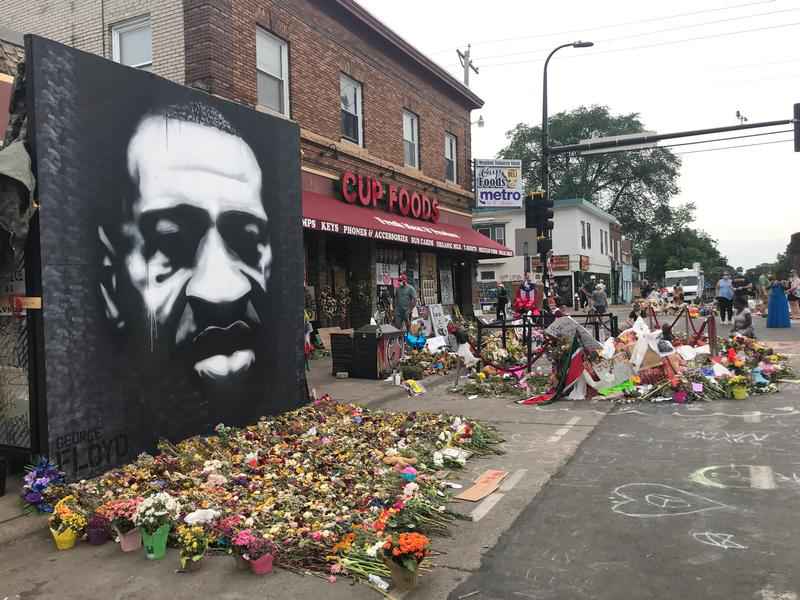 On May 25, 2020, George Floyd, an unarmed Black man, was murdered by a Minneapolis police officer. His interaction and death was observed by onlookers, recorded, and shared through social and mainstream media. This was not first time a murder like this had happened and this incident could have very well slipped under the radar like many cruel and unjust police shootings often do -- but it didn’t. A year later, George Floyd’s murder and the events that followed stand out for their significance, their impact, and their importance. May 25, the day George Floyd died, served as the catalyst, the spark in a flame that would soon overtake America.

I would compare it to a leaky faucet whose pipes are about to burst. It began with a slow drip. I remember seeing a few news articles about what had happened in Minnesota but also distinctly recall quickly scrolling past. I didn’t want to read about another story, another death. Water began to leak from multiple cracks in the pipe. A couple of days later, my brother showed me what was trending on Twitter. I saw a city 20 minutes from my home filled with people who had taken to the streets to protest this injustice -- I was shocked, I remember the full-body chills I felt because of how intense the videos were. It was clear: people were angry. I was angry. Angry that this kept happening to people like me. Angry that it didn’t seem like anybody I knew personally cared. That night, though, my anger quickly turned to sadness. I remember sobbing intensely with sadness, all of sudden confronted with the color of my skin and what that signifies and could entail in this country. The pipes burst. The streets continued to fill with people, bodies united under a common sense of injustice, sadness, anger, and energy to make our voice heard.

“Whose streets? Our streets!”

Coming home from these peaceful protests, I would be in awe of the artificial world on social media and in the mainstream media in which these protests were falsely contrived with violent rhetoric of fear, extremism, and terror.

To this day I ponder why George Floyd had to die for people to be aware of the systemic racism ingrained in the American police system and America as a whole. Before George Floyd, there have been dozens of other cases of unarmed Black men and women who have been threatened, harassed, or killed at the hands of police officers in the country. It saddens me that George Floyd’s death had to be so gruesome and caught entirely on video for people to be aware of this problem and want to do something to help. I carry this sadness alongside my relief at hearing a guilty verdict for the Derek Chauvin murder trial in April. I ponder why Americans must celebrate when our police officers are finally held accountable. This should not be cause for celebration -- it should be expected.

There is an opportunity in reflection to acknowledge what has changed as a result of George Floyd’s death. Following weeks of protest, many major Confederate statues were taken down and the names of institutions, originally named after Confederate, slave owners, or plantations, were changed. These two things may seem minor but these changes carry deep significance. On the policy side of things, police reform has yet to be enacted on a national level due to pushback and indecision in Congress. However, on the local and city-wide level, according to Campaign Zero reported by the New York Times, 31 out of 100 of the largest cities in the US have enacted policies that ban the use of police chokeholds  and 62 total cities have passed some sort of police reform. To fully acknowledge the year that has gone by, it is important to note the progress but also the opportunity and road ahead of us this year and several years from now. Only 31 cities out of 100 of America’s largest cities have banned chokeholds, which is certainly something to be acknowledged and celebrated, however, there are still thousands of other cities in the country that have yet to take any local action when it comes to policing.

From our perspective as individuals, it is clear that this event created a larger willingness to talk about these issues, have important and possibly uncomfortable discussions, and hear others’ stories and voice. Activism and awareness around this one issue has opened up the door for people to listen and learn about injustices happening towards other individuals, people of color, and those outside of the United States. At the same time, I would be remiss to note how often fervor, especially when expressed on social media, can fade and ultimately disappear until the next horrific incident occurs, which means one more case of harassment or murder and one more life lost to injustices in our country.