After the recent surge in xenophobic violence left many injured and one dead in the Bay Area, businesses and civil rights groups in California and across the country are demanding action

Kendall Carll
and
February 21, 2021
in
Race
Courtesy of CNN 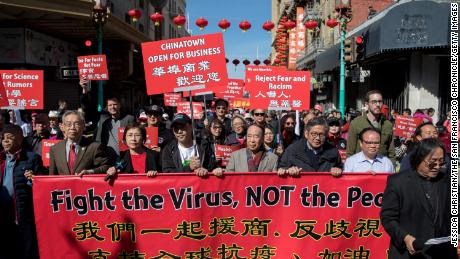 “Thai Man, 84, Dies After Being Attacked in Broad Daylight'', “Man Charged With Hate Crimes After Kicking, Spewing Racial Slurs at Asian Woman'', and “Grandmother, 64, Robbed of $1,000 in Cash for Lunar New Year''. These are but a few of the record number of headlines documenting the historic rise in hate crimes against Asian Americans. The NYPD is reporting an 8-fold increase in the number of hate crimes against Asian Americans, and nation-wide there were over 2,500 reported incidents between March and September of 2020. After the recent surge in xenophobic violence left many injured and one dead in the Bay Area, businesses and civil rights groups in California and across the country are demanding action.

While the pandemic has (and will continue to have) reverberating effects across the country, the Asian-American community has been unfairly burdened with blame for Covid-19, becoming the target for Covid-related discrimination and violence. New York and San Francisco became hot spots for hate incidents as East Asians were spat upon, barred from establishments, and denied ride-sharing services and cabs – all clear examples of rampant human rights violations. As a result, the NYPD crime data reports include a new category: coronavirus-related hate crimes.

While the current White House has released a memorandum condemning and combating the racist and xenophobic rhetoric that has put Asian Americans at risk, the previous President, his administration, and like-minded politicians and pundits played a significant role in the recent surge in hate crimes.

Towards the end of 2020, Stop AAPI Hate, a reporting center that “tracks and responds to incidents of hate…[and] discrimination...against Asian Americans and Pacific Islanders”, declared former president Donald Trump the “superspreader” of anti-Asian racism. During his time in office, Trump consistently used racist slurs and epithets with reference to the pandemic. In order to deflect from his own reckless response to the pandemic, Trump frequently placed emphasis on the origin of the virus, China, rather than confronting record high case numbers domestically.

Melissa Borja, a University of Michigan professor, and her research team studied tweets from 2020 presidential, vice presidential, and senate candidates mentioning the pandemic or Asian Americans. Based on his tweets frequency, reach, and engagement, Borja said during a press briefing, that the former president is by far the country’s “main source of rhetoric that stigmatizes Asian and Asian American people.”

Legislation has failed to properly protect Asian Americans amidst their increasing persecution. Last September, the House moved to pass legislation that would condemn and denounce “any and all anti-Asian sentiment in any form” by calling for government officials to investigate and record data on anti-Asian hate incidents; however, what should have been a bipartisan issue spent more than 2 hours in debate on the House floor.

Republicans contented that the bill’s sole intention was to attack Trump, not addressing the mounting instances of anti-Asian hate crimes. Doug Collins (R - Ga.) argued the bill wasn’t “really about” racism and was “Democrats ignoring real issues plaguing Americans just for the opportunity to criticize [ . . . ] Trump.” In the end, the vote was largely along party lines as the Republicans in the House claimed “there is no kitchen in American that thinks this is the priority.”

President Biden is looking to reverse the legacy left by his predecessor, beginning with an executive action “directing federal agencies to combat xenophobia against the Asian American Pacific Islander community.” The President paid attention to the rise in hate crimes against Asian Americans, declaring them “unacceptable and [ . . . ] un-American.” The action will have the Department of Justice “strengthen its partnership with the Asian American [ . . . ] community” and the Department of Health and Human Services include “best practices for combating xenophobia in [the] national response to Covid.”

Stop AAPI Hate applauded the action as a “brighter moment for Asian Americans'' and as an “important first step”, especially given that support for anti-racism was a novelty in the previous administration. But while this progress should not go unnoticed, civil rights and racial justice organizations on the ground will be critical as the nation looks to reverse this fatal trend. Nationals organizations look to raise awareness, condone recent attacks and anti-Asian racism, and promote AAPI voices across the country, and local groups aim to offer resources for the Asian community and educate their localities about the discrimination, both historical and contemporary, that Asian Americans face. Moreover, each of us has an obligation to report instances of anti-Asian hate incidents and crimes to local authorities and StopAAPIHate.org.

Though their struggles are often overshadowed by the “model-minority” myth, powerful racism against Asian Americans is far from a new phenomenon in the states. From nativist groups and the Chinese Exclusion act in the 19th century to college admissions controversies today, racism, particularly in the form of overlooked microaggressions, are an everyday reality for the AAPI community. But, fueled by hateful rhetoric, the pandemic has created a fatal trend in anti-Asian hate incidents that President Biden, Stop AAPI Hate, and a variety of AAPI influencers, organizations, and movements are now fighting to reverse.