The Reality of Being a 'Strong Woman' in Modern Society

And just because I seem like a stereotypical “boss lady” doesn’t mean that I am one. Sorry, but I am not Hillary Clinton; we are separate and unique people. I am Caragan Thiel, and it is important that you make the effort to get to know me.

Caragan Thiel
and
January 31, 2021
in
Women's Rights
Courtesy of Bellesa 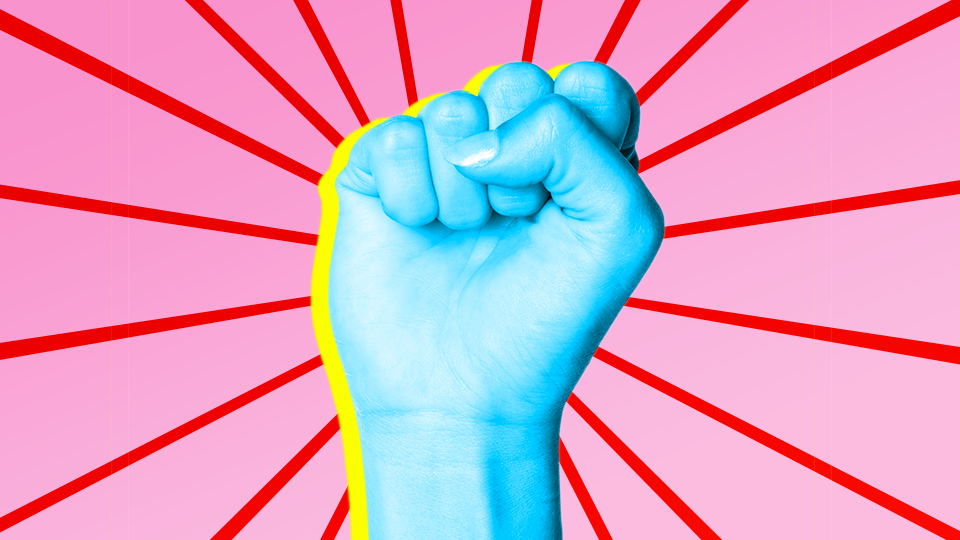 I saw myself as “normal;” I was both a girly-girl and a tomboy—a girl who liked to wear makeup but also played sports. I always cherished having a large group of guy friends, but I was never interested in dating. I’ve never wanted to get married nor have kids; rather, I am a very career-oriented person. When I walk into a room, I am confident, presentable, and I usually appear quite serious, and when asked my opinion, I provide it. That’s just who I am.

In Washington, where I spent most of my early years, these traits were present in me but certainly never defined me. When I moved to Georgia, however, everything changed. Suddenly, I wasn’t “normal;” everywhere I turned I heard the word “intimidating” ringing in my ears. And my “intimidating” characteristics began to define me.

I am constantly compared to Hillary Clinton, but given Clinton’s favorability ratings, I’d be foolish to perceive the comparison a compliment. In the past few years, I have been stereotyped and pushed into a box neatly labeled “boss lady.” Because I am “intimidating,” it is rare that someone approaches me.

“When I first met you, I was scared to talk to you” is a phrase that almost everyone I know has mentioned to me at least once—perhaps they fear I bite. After three years at my school, however, my peers have finally learned that, in fact, I do not bite. Though my classmates have now dropped the “intimidating” label, I am still characterized as a “strong woman.” The guys in my grade, therefore, treat me differently than they treat other girls. Around most girls, these guys hide their crude thoughts; around me, on the other hand, they don’t hold anything back—something I find quite peculiar. Perhaps because I am considered a “strong woman,” they no longer consider me “fragile” like other girls.

As a result of their characterization of me, I have been desexualized; thus, they never attempt to flirt with me but have become quite open about how they think I express my sexuality. It’s odd that in the past year I have been called both “asexual” and a “dominatrix” with equal frequency. On one hand, because I am career-oriented, it is expected that I would never be romantically interested in anyone, making me asexual in their minds. On the other hand, since I am confident, I am also perceived as being sexually dominant. While that is a contradiction in itself, what I find most perplexing is their belief that my personality traits correlate to my sexual preferences. And what I find most uncomfortable is that these guys don’t bite their tongue before telling me what my sexual preferences are. When did it become “okay” to openly speculate about such intimate details? Ultimately, I feel dehumanized; I am valued more for my sexual mystery than I am for my humanity.

These perceptions about my sexuality have not remained inside the minds of the guys at my school; they, in fact, affect my life in many other ways. When I walk down the street, I’m not whistled at, and I rarely get called out for breaking dress code. Instead, I am placed into the role of the “strong woman” figure who doesn’t dare have a sexual presence; but I find this a limiting role to play because I am more than a stereotype. The nuances of my—or anyone’s for that matter—personality is what makes me human. And ultimately, when we stereotype others, we omit these nuances and reduce them to a character-like representation of their prevailing personality traits; we limit their ability to be dynamic.

I ask that women who have had similar experiences to speak out even if it is an uncomfortable topic. Women are more than objects, and we deserve to be treated with respect. Sexualizing us, desexualizing us, and dehumanizing us cannot and will not be tolerated. We are stronger when our voices are loud and when they are heard.

And just because I seem like a stereotypical “boss lady” doesn’t mean that I am one. Sorry, but I am not Hillary Clinton; we are separate and unique people. I am Caragan Thiel, and it is important that you make the effort to get to know me. So please, think before you label someone.