Systemic toxicity is not limited to the criminal justice system, real estate, education, or access to resources; racist items, branding, and slang are ubiquitous and seemingly widely accepted. 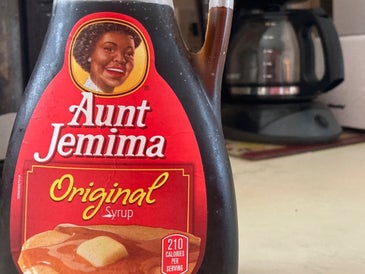 In the midst of the largest civil rights movement in world history, catalyzed by the murder of George Floyd and spanning all 50 U.S. states and at least seventeen countries, many Americans are looking inwards to challenge and identify their own prejudices and privilege. This introspection is necessary, however, it is not enough. Racism in our society is engrained far beyond the individual level; it is systemic. This systemic toxicity is not limited to the criminal justice system, real estate, education, or access to resources; racist items, branding, and slang are ubiquitous and seemingly widely accepted.

In light of rightful public outrage, both the Aunt Jemima and Uncle Ben’s brands have agreed to take steps to change their racist mascots. Both figures contribute to stereotypes that romanticize Black enslavement and servitude, as well as the idealization of plantation life. The fact that these mascots are racist caricatures is blatantly obvious, yet many people who consider themselves to be morally upstanding individuals accept them as household icons. Quaker Oats, Aunt Jemima’s parent company, is retiring the brand, and Mars, the owner of Uncle Ben’s, has made promises to evolve branding. However, both brands have a history of cutting corners to seem less offensive without expending much effort, such as when Uncle Ben’s made the change from a servant’s uniform with a bow tie to a simple collared shirt. Both brands must be held accountable in their efforts to improve their logos. It should not have taken an uprising to prompt this change.

Aunt Jemima and Uncle Ben’s are not the first brands to overhaul their racist iconography- Land O’ Lakes butter recently removed the image of a Native American woman from their packaging (although without calling attention to it or taking ownership of its harmful effects), and Mrs. Buttersworth’s has also committed to a complete branding and packaging review. However, these efforts are all very recent, and in some cases, noncommittal. Furthermore, there are still many companies and products that use racist imagery and branding that have yet to even join the conversation about the problems surrounding their mascots. Nestle sells a line of ice cream novelties called Eskimo Pie. The word Eskimo has historically been used as a derogatory term for the Inuit and Yupik indigenous peoples, and the packaging features a very stereotypical image of an indigenous child. The Chiquita Bananas logo contributes to the stereotypical hypersexualization of Latina women.

These products are not just problematic because of the presence of racist images, their impact goes far deeper. When a product is viewed as the standard in its field, consumers don’t just observe its branding, they internalize it. When such branding stereotypes groups of people, it propagates the prejudice held in those stereotypes to consumers. To consumers who aren’t a part of and don’t often interact with the group that the caricature depicts, it subconsciously engrains in them that this is who those people are and what they amount to. To members of that group, it is a snide message that society views them according to that racist stereotype, and that their identity is subject to an oppressive platonic ideal that leaves no room for individuality or excellence. This often deeply harms the self perception of people whose race or ethnicity is depicted in racist branding. If the United States can’t even curb its deep-seated racism on the label of a syrup bottle or the sticker on a bunch of bananas, how can BIPOC trust the systems around them? Evidence across the board from the criminal justice system to education screams that they can’t.

In such a capitalist world dominated by large corporations, it’s easy for one to assume that the prevalence of racist branding is only a problem for the companies that perpetuate it and that individuals do not have the power to call for change. In believing that, we take away our own power and voices. The idea that silence is complacency extends to how we behave as consumers. We must be more mindful of what images and ethical practices we’re endorsing with our expenditures, and we must put pressure on companies to conduct themselves and their branding in ways that reflect our true values in order for this movement to permeate all aspects of our society.

Jews Shouldn't Have to Hide Their Identity