It is because of the bravery and courage of past Black athletes that today athletes are more free to protest and take an explicit stand against racism, police brutality, and advocate for other social movements

Delali Bruce
and
March 13, 2021
in
Sports
Courtesy of Vox 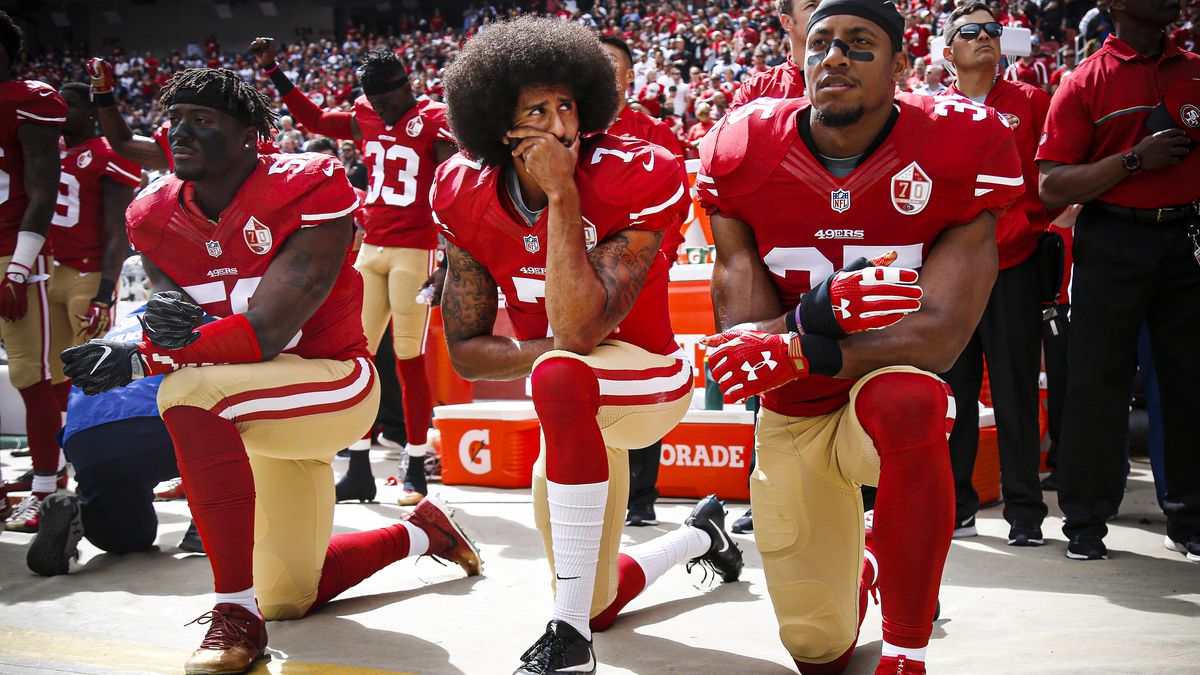 In December of 2020, 22 minutes into the European Champions League soccer match between Paris Saint-Germain and Istanbul Basaksehir, there was noticeable commotion. One of the referees for the game was heard referring to the Istanbul assistant manager, a Black man, in a racially charged way. The players’ response? Istanbul walked off the field, followed by Paris, in protest. The next day, the match was resumed and began with all 22 players taking a knee in the middle of the field. Now in the stadium where they played, a huge banner covering the stands read, “No to Racism.” The anti-racist message couldn’t have been clearer: such behavior was not going to be tolerated. This stark protest was one of many athlete protests in 2020. In the summer NBA playoffs, courts had “Black Lives Matter” laminated onto the surface and each player donned a jersey with a specific selected word related to social justice on their back. Before the start of each game, it was normal to see many of the players kneeling in solidarity with the racial justice movement, with their arms linked together in unity. Following the police shooting of Jacob Blake, players from the Washington Mystics, a WNBA team, walked out of the game with shirts that had painted bullet holes on their backs to symbolize how many times Blake had been shot. Ever since the murder of George Floyd, Breonna Taylor, and Ahmaud Arbery, the United States has become increasingly aware of injustice within the country and subsequently, professional athletes have been a significant force in bringing attention and awareness to these issues.

The athletes of today are certainly not the first to do so and in fact, they follow on the path paved by many Black athletes who have been using their sport to protest and call attention to injustice, facing consequences as a result. Most notably, Colin Kapernick, an NFL quarterback who in 2016 while playing for the 49ers, took a knee during the national anthem to call attention to racism and police brutality in America. Almost half a century before Kapernick, two Olympic athletes, Tommie Smith and John Carlos, protested on the Olympic podium in a now iconic photo that shows their heads bowed and shoes removed to call attention to African-American poverty, beads on their neck to protest lynchings, and their gloved right hands raised in a first to represent power. A lesser known but prominent precursor to Kapernick, is Mahmoud Abul-Rauf, a basketball player for the Denver Nuggets. In the 1995-1996 season, he decided not to stand for anthem as he believed it did not align with his Muslim faith and that the flag was a symbol of American oppression.

Though each of these athletes protested on separate occasions and different times in history, what they all have in common is the extreme repercussions they faced and endured for their actions. In 2017, when Kapernick became a free-agent, no team offered him a contract, effectively excluding from the NFL because of his actions. As Smith and Carlos protested on the podium, they were met with angry comments from the crowd, suspension from the United States Olympic team, kicked out of Olympic village, and upon returning to the US, faced aggression and death threats. Abul-Rauf was fined $32,000 for not standing during the anthem and reached a compromise with the league that allowed him to stand but pray with his head downcast during the anthem. Even so, two years later in 1998 when his contract with the Nuggets expired, he was not drafted by any other team and did not play in the NBA again.

Up until 2020, Black athletes have spoken out and protested but have been met with severe backlash, such as when Fox news host, Laura Ingram, said in response to comments made about former President Donald Trump by basketball player Lebron James, that James should just “shut up and dribble”. As The Guardian points out, this particular incident is in stark contrast to other white athletes, such as Drew Brees, who gave his opinion on kneeling, calling it disrespectful, and faced no backlash from Ingram or the broad NFL watching audience. Much of the sports entertainment world is dominated by Black athletes who excel and rise to the top of their craft. The issue for many it seems to be is when these Black athletes speak out on things outside of their sport. They often face intense backlash or are told to stick to their sport. Part of this reaction ultimately may be a recognition of how much influence these athletes have. They play games televised to millions of people, young and old fans who look up to these players -- they have an extraordinary opportunity to spread a message and bring awareness to issues. At the end of the day though, they are individuals before they are athletes. WNBA Mystics player, Ariel Atkins, who walked out with her team during the 2020 playoffs, put it perfectly, "This isn't just about basketball, when most of us go home, we still are Black."

It is because of the bravery and courage of past Black athletes that today athletes are more free to protest and take an explicit stand against racism, police brutality, and advocate for other social movements. In 2020, the NFL, which had banned players from kneeling on the field during the anthem following Kapernick’s actions, allowed kneeling for the new season. The NBA organization led the sports world last summer in their proactive social justice messaging. Both nationally and internationally, athletes are now using their sport to bring light to the social movements of today because of the path paved by Black athletes who came before them.