The Politics of Being Apolitical

Being indifferent to politics is a privilege in and of itself

Delali Bruce
and
November 7, 2020
in
Personal Narrative
Courtesy of the American Psychological Association 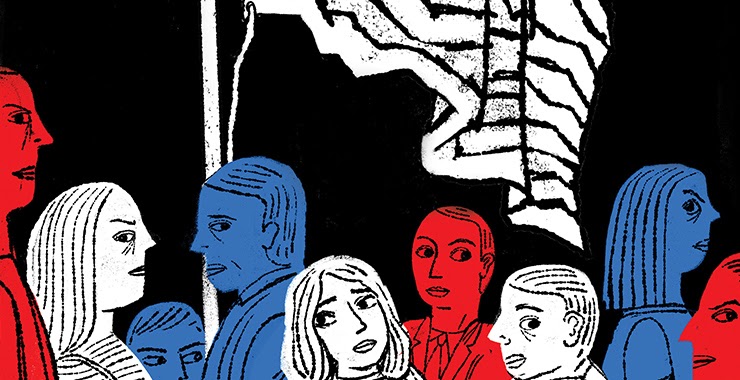 “Does everything always have to be about politics?”

“I am not a political person.”

“I prefer not to talk about politics.”

“Not everything is about politics.”

Most likely you, like me, have heard one or all of these phrases at some point in these past few months. I often hear YouTubers and content creators say this in what looks like an effort to maintain a non-partisan platform and avoid annoying, angering, or receiving backlash from their followers for their political opinions. I always feel put off by such comments. I think to myself, “Don’t they realize how important politics is?!”.

These phrases are made in an attempt to be apolitical. As defined by Vocabulary.com, apolitical simply means “not political,” and that, “if you're apolitical, you're either politically neutral or don't care about politics at all.” Some ways being apolitical can manifest itself is through choices to remain uninterested or uninvolved in politics, such as refusing to claim a political stance or deciding not to vote. Many people may choose to be apolitical because of a negative experience they had in the past when engaging in political discourse. Politics is by no means always a simple or easy thing to engage in, and as a result, some choose to be indifferent.

Is there something inherently wrong with being apolitical? It is important to realize that there is nothing absolutely wrong or incorrect with being apolitical. At the end of the day, everyone has the right to make their own choices. However, that said, being apolitical does come at a hefty cost. When we think of politics today, our brains immediately jump to the hot button national topics, mainly the upcoming presidential election. But in its entirety, politics surrounds and influences our daily lives in more ways than we always realize. Funding for our roads, schools, mental health programs, our governor, and public leaders — those are all political issues. On a broader scale, homelessness, human rights, criminal justice, and climate change are all political issues. Whether these issues directly pertain or apply to you, they almost certainly affect people you know, your neighbors, residents of your city, your state, and your country.

Historically, it is only because people engaged in politics that under-represented communities now have basic rights. When women were fighting for their right to vote, others came along beside them, vouched for them, engaged and participated in their fight — and it is together that change was created. This was political. During the civil rights march on Selma in 1965, the stark images from that day show a united front of Black and white people, united in a fight for equality. This was political.

It is only when we come together, have these political discussions, and truly take part in our nation’s political sphere, that we can bring about substantial change and move forward as a country towards a brighter future. It starts with your voice. And then your family, your friends, your neighbors. Together our voices rise, louder and more powerful — a force for change.

Even in a country that strives towards equality, so few things are extended to all as a fundamental right, one of the few being the right to use your voice and engage in political discourse and, most importantly, to vote. The older I get, the more I am realizing and appreciating this gift, this right that I share with my fellow Americans. I am holding onto this right, and I hope you will too.