Following this horrific event, the American Sikh community as a whole mourned these four tragic losses and many felt vulnerable to future shootings targeting their community

Gobindbir Singh
and
May 17, 2021
in
Religion
Courtesy of NBC News 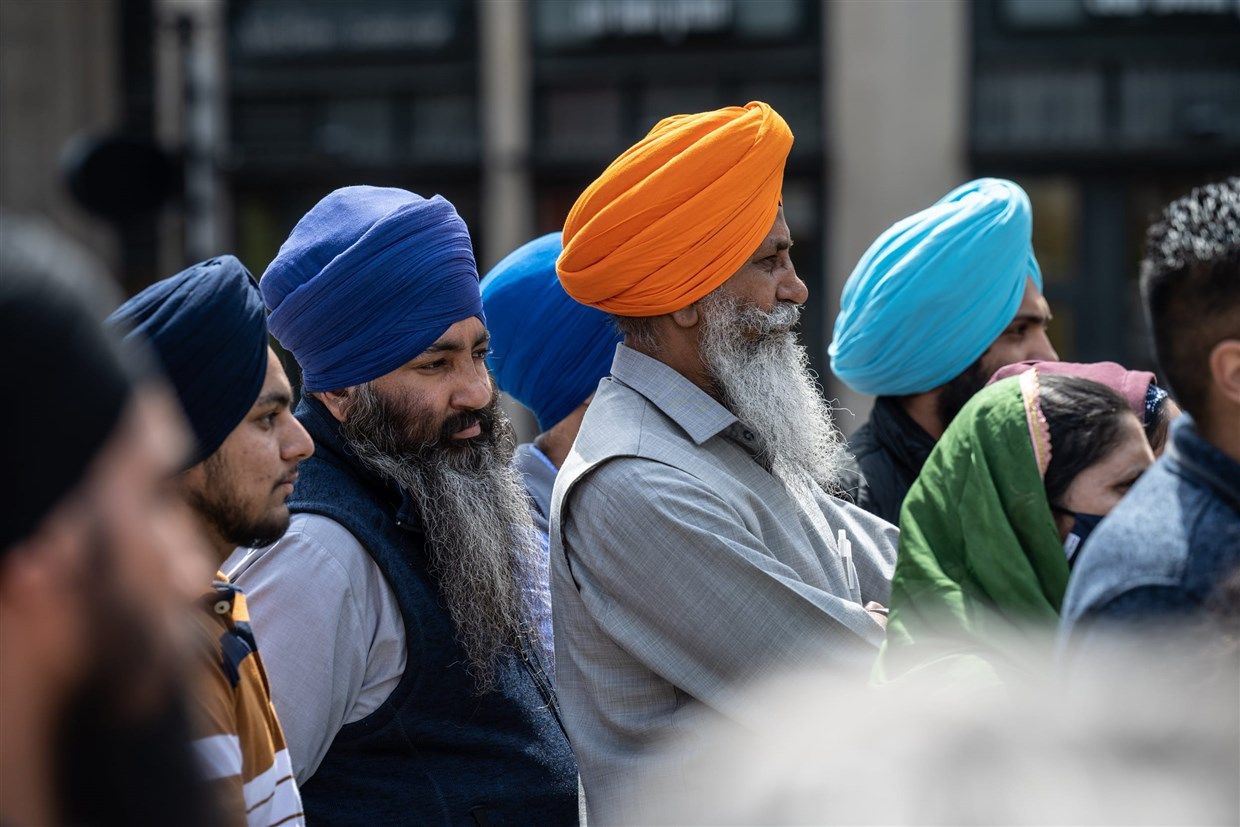 "Eight FedEx employees killed in a mass shooting in Indianapolis" is what the headline read. Dated 16th April 2021, this news report- more accurately, the event it described- exacerbated a growing aura of uneasiness among many Americans, but none to the same degree as the Sikh community in the US, as four out of the eight casualties in the attack were Sikhs. Following this horrific event, the American Sikh community as a whole mourned these four tragic losses, and many felt vulnerable to future shootings targeting their community.

Such attacks, all too common in the US, can be traumatizing for both victims and witnesses present. "I'm sitting on a bench, and I stand up to see a man.. a hooded figure," recounted Levi Miller, an eyewitness who works at the place of the attack. "I was unable to see his face in detail. However, the man did have an AR in his hand, and he started shouting and firing in random directions."

The killings are just the latest tragedy to befall the Sikh community, and have once again brought long-running unrest in the community to the surface as people fear for themselves, their families, and the people around them.

"Why are we discriminated against?" "Is it because we wear a turban?" "Is it legal to take someone's life just because of their religion?" "When can we feel safe in America?" are some of the many questions that have resonated throughout the community in recent weeks.

In the days since the shootings, Sikh leaders in Indiana have called on federal officials to appoint a Sikh American liaison in the White House Office of Public Engagement, among other requests from around the nation.

However, this is not the first such incident. The sad reality is that this gruesome tragedy that took place on a Thursday night is but the latest thread in a long string of horrifying incidents against American Sikhs over the past century, growing more and more frequent since Donald Trump first came into power in 2016. Enraged by his racist and inflammatory remarks, staunch followers danced on his tunes; they lashed out at immigrants from all over, though often targeting the Sikh community solely due to visual similarity in a rampage largely fueled by Islamophobia. Battering them, tearing off turbans, torching their vehicles, and calling them racial slurs are just the tip of the iceberg of the things they did.

Vilifying Sikhs for being immigrants and mistaking them for Muslims, who have been continuously targeted in racial profiling for decades, followers of the world's fifth-largest religion in the United States have barely been able to make it through this seemingly-unending onslaught of hate crimes. Balbir Singh Sodhi was among the first of scores of Sikhs targeted in America in the aftermath of the 2001 terror attacks. It feels both terrible and unsurprising that the same array of people who are always among the first to stand up and provide aid for those in need, are the same ones who are constantly targeted as "weapons of mass destruction".

President Biden has called repeated gun-related tragedies since January a "national embarrassment," where the gunmen and often the many supporting them attempt to portray America as a nation where the citizens speak and enact upon the language of "weak and strong," the language of "good and evil," the language of "inferior and superior," and so forth. These bigots divide our society into a polarized mess, perceiving themselves as the "clean" ones, and minorities as "infected".

The growing number of violent confrontations between bigots and minority victims, which is poised to define the first 100 days of Joe Biden's presidency, ironically crosses paths with the Great American Dream. The low admission rate of incoming refugees, the travel bans imposed on migrants, more than 600,000 minorities displaced along the southern border - each event serving as a stepping stone for another, paving the way for an America we cannot stand for. An America where Sikhs are disregarded, an America where Sikhs are wrongly criticized for things they did not do, an America where Sikhs cannot feel safe.

It is time to change this. Get up. Go outside. If you see an elderly Sikh man with the traditional long salt and pepper beard, talk to them. Interact. Ask them if they're okay or not. Tell them what you did today. Ask them what they did that day. Help them if they're stuck with something. Give directions. Pick up their cane for them. Share a meal with them. Whatever they need, provide for them. Make them feel comfortable. Make them feel welcome in your beautiful country. It is the time to act. And to act fast.

You are reading a message written by a 16-year-old Indian Sikh boy with the hope of catching the eyes of as many Americans as possible. Because in the end: Every Sikh Life Matters.