The Oscar's New Diversity Requirements: What Do They Mean for Representation in Hollywood?

In response to complaints about a lack of diversity, the Oscars has released new guidelines in an attempt to promote representation in Hollywood; however, many have criticized these standards for being a 'publicity stunt' 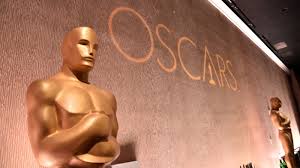 In 2015, the Oscars came under fire for its lack of diversity, with the social media hashtag #OscarsSoWhite trending across social media. Now, in 2020, it seems the Oscars Academy has finally decided to implement standards designed to increase representation in Hollywood, in response to the newly-energized Black Lives Matter movement and push for greater inclusivity in every area of society.

On September 8th, the Academy released their representation and inclusion standards for the Best Motion picture category. Beginning in 2024, in order for a movie to be eligible for Best Picture, movies must include individuals from underrepresented groups in two of the following four categories: on-screen representation, themes, and narratives, creative leadership and project team, industry access and opportunities, and audience development. The ultimate goal? To ensure more diversity both in front of and behind the screen. But is this an effective solution?

As soon as the new standards were announced, criticism from all sides of the aisle arose. Some actors and directors along with the right wing news media were quick to condemn the new requirements as serving as a restriction on the creation of art. In a since deleted tweet, actress Kirstie Alley wrote “Can you imagine telling Picasso what had to be in his f**king paintings. You people have lost your minds. Control artists, control individual thought .. OSCAR ORWELL.” While she later apologized for the tweet saying that it was poorly worded and did not reflect her intention, many others shared her general sentiment. Was this indeed a limit on creative expression?

Others, on the other hand, pointed out that this was merely a publicity stunt at best and would not lead to real change as the Oscars Academy claimed. Indeed, if one takes a closer look, the truth is that these requirements are very broad. First of all, in order to qualify, a movie just has to qualify in two of the four categories for representation. In addition, “underrepresented groups” is an umbrella term that includes racial and ethnic groups, women, the LGBTQ+ community, and those with disabilities. This also raises the question of the overlap, such as a gay black actor or a disabled actress. Furthermore, Best Picture is only one category at the Oscars, which means that all other 23 categories are not required to meet these standards. The standards are simply a publicity stunt—the Washington Post points out that 73 percent of movies that have won in the Best Picture category would still qualify with no changes made in the year 2024, when these standards will go into effect. Thus, it is unlikely that these standards will lead to more diverse representation.

The Oscars are not the first to introduce diversity requirements—they follow in the shadow of the British Film Institute (BFI). Six years ago, the BFI was the first to introduce their own inclusivity requirements. They were initially met with similar backlash, but there has since been slight progress as their 2016-2019 report shows a genuine commitment to increasing diversity, indicating that perhaps there’s hope after all.

Ultimately the world will just have to wait and see what these standards do in terms of increasing diversity in 2024. As the Oscars Academy wrote in their official statement, these requirements are meant to better reflect the audience of moviegoers and the increasingly diverse world that we live in. Regardless of whether this is a publicity stunt or not, it is at least a first step towards representation for any and all people. Representation is important. As a Black woman, I know how much it means for me to see myself reflected on a movie screen and it is my sincerest hope that more will be able to share that feeling in the years to come.