It is time that we demand the police be outfitted with body cameras, so that we are able to hold the officers who break the law accountable

Peter Henry
and
July 3, 2021
in
Justice
Courtesy of Mic 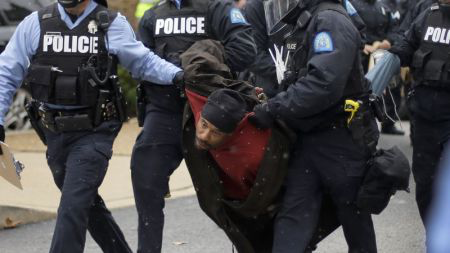 With the start of a new year, we often make resolutions and take steps to change things for the better. Many make strides to go to the gym more often, eat healthier, save money, etc. in the new year. In 2018, I believe that we, as the American people, should strive to resolve an issue that has plagued our society for far too long: the issue of police brutality. It did not take long for this issue to take more innocent lives in the new year.

Innocent people, who probably had set goals for themselves in the new year, tragically lost their lives at the hands of police. People, like the unarmed 16-year-old Joseph Edwards Haynes, who was shot and killed in a hallway of a courthouse following his trial this past January. It is heartbreaking to see young lives, such as the lives of people such as Joseph, being cut short all because of this senseless violence committed by police officers.

In 2018, it is time we demand reform in police departments across our country. It is time that we stop criticizing people like Colin Kaepernick who are bringing the much needed attention to the issue of police brutality, and instead start creating solutions. It is time that we ask our elected officials to acknowledge this epidemic and demand that something be done to stop these tragic deaths. It is time that the legislation be passed which supports effective police programs such as “Community Policing” that has been proven effective at many police departments across the nation.

It is time that we demand the police be outfitted with body cameras, so that we are able to hold the officers who break the law accountable. Alone we can do nothing to fight police brutality, but together, through open discussions and substantive solutions, we can bring an end to brutality committed by the hands of police.