The Ongoing Digital Apartheid in Kashmir

The most recent incident in Kashmir, which was marketed by the government as necessary to prevent anti-nationalistic sentiments, was an 18-month internet ban on high-speed internet services on mobile devices

Eshaan Mani
and
March 10, 2021
in
World
Courtesy of Daily Sabah 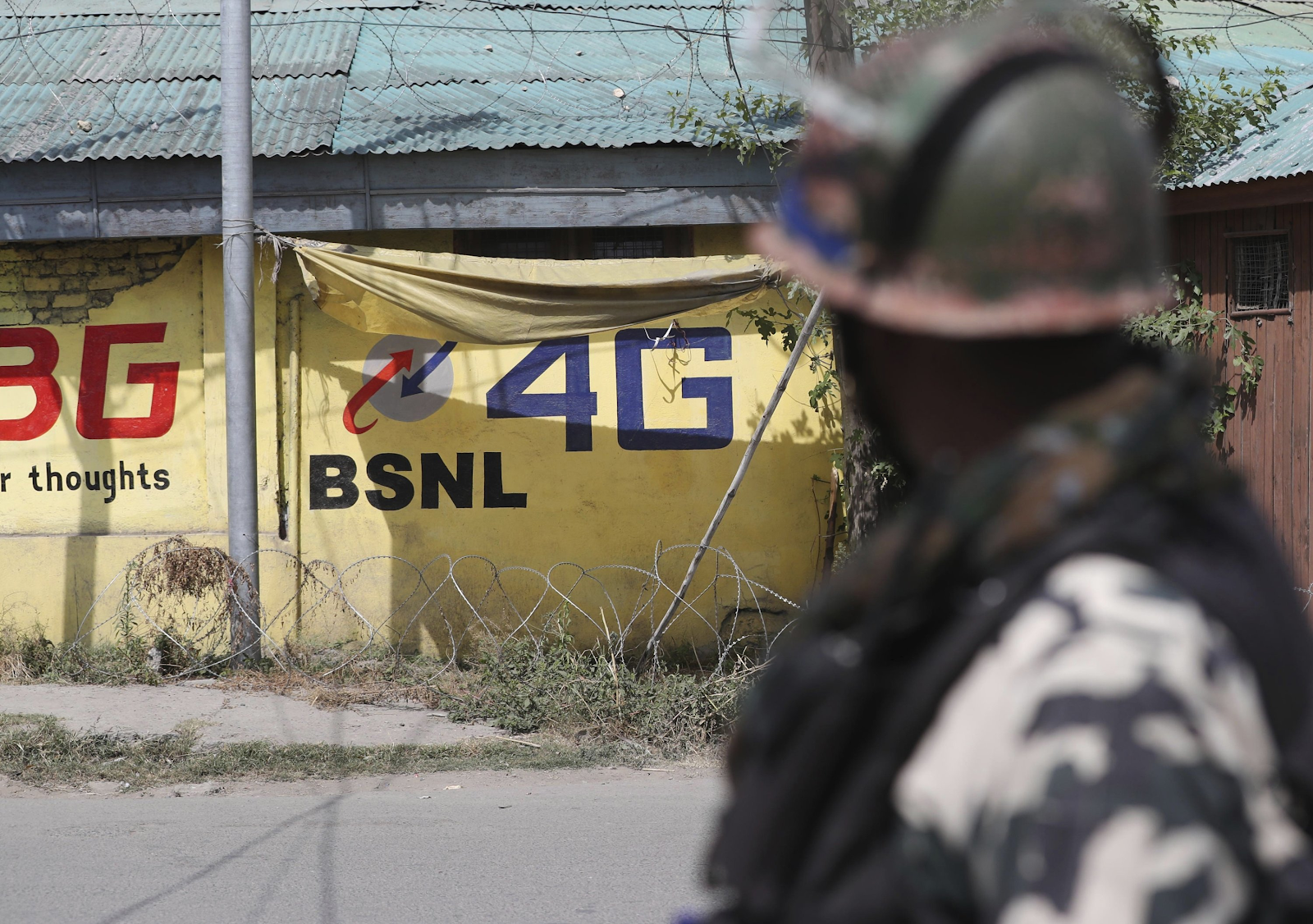 The valley of Kashmir in the northern part of the Indian subcontinent was once a summer-getaway destination and a paradise of culture, serenity, and beauty. Think of it like the Swiss Alps. But ever since the partition of India and Pakistan in 1947, a debate over Kashmir’s status has been raging.

Namely, a debate about whether the region of Kashmir is an Indian or Pakistani territory, with even China laying claim to a minor part as well. The Pakistani government administers the western part of the region as Azad- ‘free’- Kashmir. South of the so-called Line of Control separating the two nations, Indian-administered Kashmir consists of the union territory of Jammu and Kashmir.

Both India and Pakistan lay claim to the entire region.

On both the Pakistani and Indian sides, there has been a rise in religious terrorism and violent acts of separatism, with the infamous Lashkar-e-Taiba and Hizb-ul-Mujahideen terrorist organizations growing in strength through the conflict. Kashmir is a majorly Islamic region, the only such region in India, with 97.16% of the region's population identifying as practicing Muslims, as of 2014. Radical Islamist terrorist groups from Pakistan have weaponized the growing religious tensions, and have found a new base in the region.

Much of the violence in Kashmir has also been fueled by the human rights abuses allegedly committed by the Indian government in the area. Many allege that Indian forces in the region have themselves committed acts of terror like rape, torture, extrajudicial killing, and enforced disappearances against Kashmiri civilians.

Under Prime Minister Narendra Modi’s Hindu-nationalist Bharatiya Janata (Indian People’s) Party, the situation in the region has further destabilized. Over the past 7 years, Modi’s government has taken several steps to promote and prioritize Hindu interests over those of other religious groups. One prominent example of this was the rallying behind a Citizenship Amendment Act, which would accept refugees from neighboring countries who are Hindus, Jains, Sikhs, Parsis, Buddhists, or Christians- but not Muslims. This religious exclusion led to major protests across the country, met by widespread police brutality from authorities.

Indian-occupied Kashmir has seen a major increase in military presence and regulation, as well as increased legislation and anti-terror measures. The most recent incident in Kashmir, which was marketed by the government as necessary to prevent anti-nationalistic sentiments, was an 18-month internet ban on high-speed internet services on mobile devices.

Here’s a brief timeline of what’s being called the longest blanket internet ban in a democracy, or more succinctly, “digital apartheid”, courtesy of the AP.

During a global pandemic, when work from home culture bloomed and students were taking classes via apps like Zoom, Google Meet, or Microsoft Teams, this internet ban hit Kashmir hard. This ban heavily restricted remote access to education, as well as the economic stability of the region. Hundreds of thousands of Kashmiris were left jobless, as NBC reports.

Indian officials have stated that this ban was solely intended to stop threats from “anti-national elements”, and from Pakistan. But many Kashmiris believe this is just the first step towards a forced, artificial demographic change at the hands of the Indian government- a coordinated effort to turn Kashmir Hindu. This claim, while still nothing more than a rumor, would appear damning for both the region and for the future of India as a secular country if true.

NBC reports that the Indian government often cuts off mobile-internet services in Kashmir “as a tactic during counterinsurgency operations and protests", but the 18-month ban on the region’s internet was clearly a much less targeted measure. While many Kashmiris expressed their gratitude to the government for restoring the internet just weeks back after the extended blanket ban throughout 2020, many others took to social media to express their grievances.

"They're not offering us charity. We should be asking for compensation for our deprivation and losses," read a tweet by Anuradha Bhasin, the executive editor of the Kashmir Times, a local newspaper.

A cause for concern for Indians around the country is that Modi’s government now seems to be using internet and communications shutdowns to silence dissent and protests in other parts of the country, too. As for what’s next in store for the region of Kashmir, that is yet to be seen, but it appears increasingly evident that the ongoing conflicts will not be concluding anytime soon.