With such a stark change in youth voters in 2018, many have begun to question the lack-of in the first place. Why is youth voter turnout generally so low?

Ameena Ahmed
and
June 15, 2020
in
Politics
Students from Sacramento State pictured voting during the 2018 midterm elections on November 6, 2018. (Photo by Eucario Calderon/The State Hornet via calmatters.org) 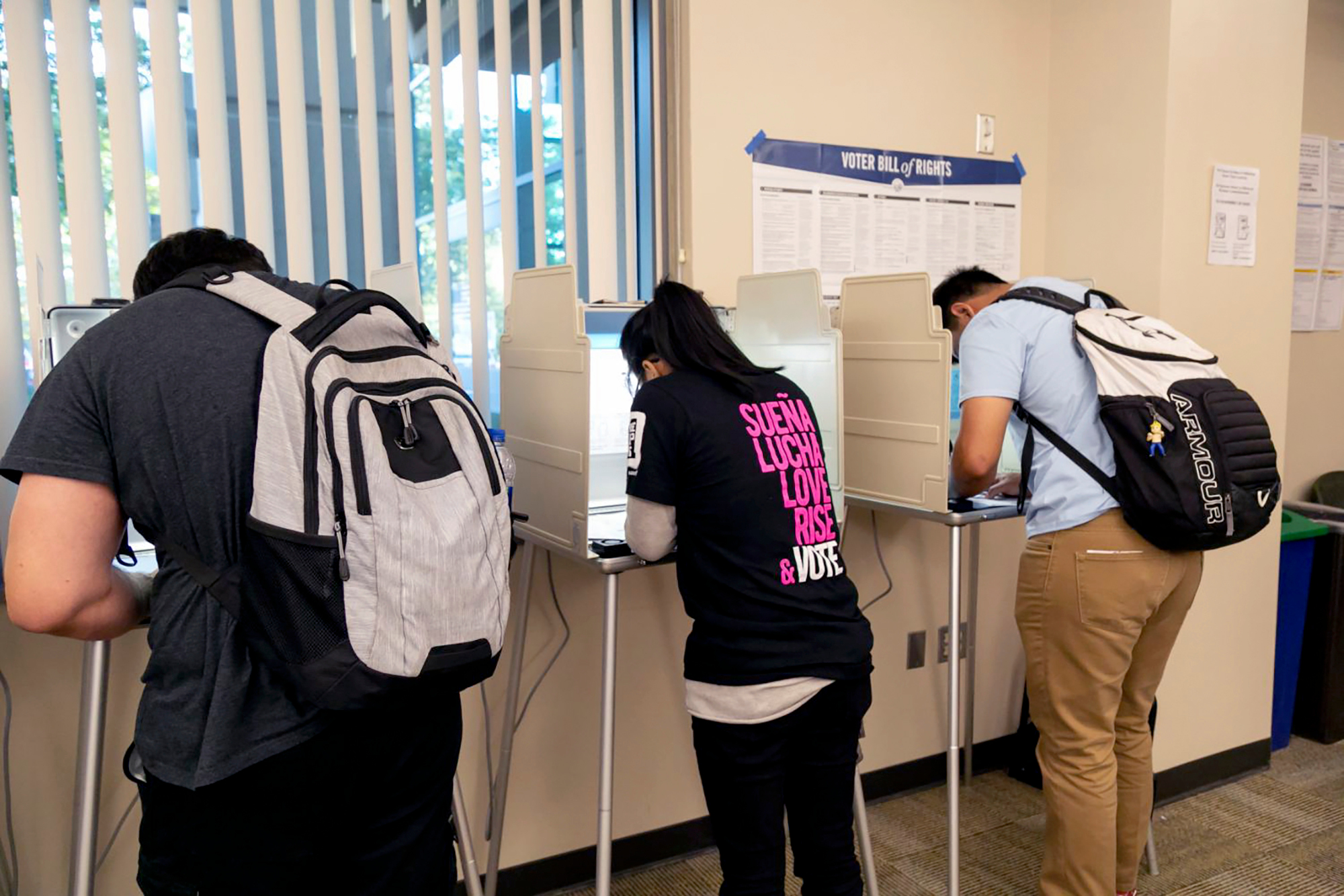 During the 2018 midterm elections, the United States saw an influx of voters from all age groups. Compared to the 2014 midterm elections, which had the lowest voter turnout in decades, 2018 proved to be a promising precedent for what’s to come during the upcoming general elections. There’s one demographic, however, that’s getting a lot of attention for the 2020 elections, and that’s the youth. Youth voters are considered to be 18 - 29-year-olds, and according to the United States Census Bureau, they had a 79% increase in voter turnout during the 2018 midterms. This was the biggest increase among all the age groups. With such a stark change in youth voters, many have begun to question the lack-of in the first place. Why is youth voter turnout generally so low?

On March 23, 1971, the 26th amendment was ratified allowing anyone 18 and older to vote in US elections. Considering the political-era at the time, where the youth population was doing whatever they could to make their voices heard, many people were expecting a rise in youth voters. This, however, did not turn out to be the case.

The technicalities of voting for youth voters is different for a lot of reasons. For one thing, education on the literal process of voting is slim to none in many American classrooms. Young adults going off to college are met with issues when trying to vote in a new state. Some states, like New Hampshire, recently passed a law requiring someone to be a resident of the state to be able to vote. Other issues like requiring a driver’s license to register or a photo I.D at polling stations end up effecting younger voters, particularly in more urban areas. For some youth, simply living in an area where multiple polling locations have been shut down makes it difficult to vote as well. All of these hurdles can overlap and often give us disappointing results.

Youth are still very much at the bottom end of voters, but this is changing. Encouraging young people to vote and reminding them that it’s their future on the line is a tactic used by vocal activists on this issue: and it’s working. As impactful as it’s been, social media and the internet as a whole have played a big part. Online campaigns used to reach youth on a platform they know best has certainly proved to be helpful. The 2018 midterms reflect it perfectly. Although voter turnout for youth is still low in some states, particularly in Arkansas, Utah, and New York, voter registration is on the rise regardless.

But why is it that youth voters have such a strong impact on elections? To put it simply, it all comes down to generational differences. Many people argue that youth today have interests in issues that differ from older generations, such as issues on the environment and climate change, gun laws, and social issues plaguing the country today. When it comes to holding elected officials accountable, youth voters have become very persistent in aligning with politicians that uphold the same beliefs. This results in politicians actively pandering towards youth voters and consciously considering their beliefs. We’re beginning to see GenZ at the forefront of social change and their voices are being heard loud and clear. The 2018 midterms and numerous elections with just a few hundred votes determining a seat. As the 2020 elections draw nearer, it would be no surprise to see another spike for youth voters.

Efforts from non-profit organizations, celebrities, and even politicians themselves advocating for youth to go out and vote show that everyone knows the power that can come from this demographic. Change certainly does not come from one election. However, one election can influence millions of people. Paying attention to what will come to be in the next few years, and using the recent midterms as a source, one thing many people can agree on is that current youth will be spearheading politics for the next decade. Whatever social change will come from that will be a testament to these efforts.

If you will be eligible to vote this November, you can register and preregister to vote here!

A Reflection on the 2020 AP Tests: Where the College Board Went Wrong