With the unfulfilled promises that the Recording Academy has made in the past, it’s not surprising that even now that Grammys continue to fail to recognize artists of color

Naila Charania
and
April 24, 2021
in
Representation
Courtesy of USA Today 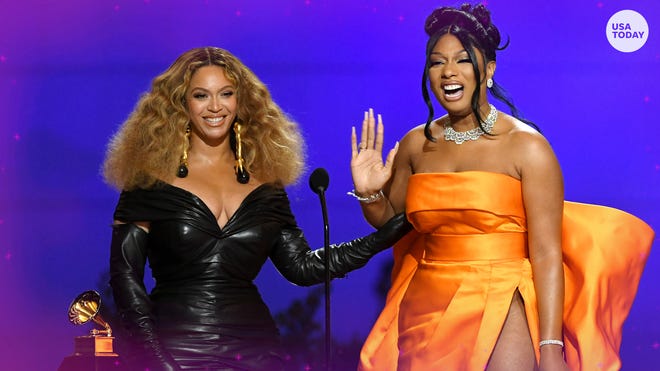 The Grammys are one of the most popular award shows in the world, growing dramatically in popularity each year. With over 80 categories and a massive audience, artists jump at the chance to get to perform or attend the Grammys. The Grammys boast a “membership that reflects the diverse creative community that it represents”, yet now more than ever, they are not as diverse as they claim to be.

Many have often seen a lack of diversity in the Grammys and over the past few years, this has been called to the attention of the public as more awareness is brought to the Black Lives Movement, xenophobic violence against Asian-Americans, and an overall lack of representation for people of color. As these events continue to display the prejudice that people of color face in America, more people around the world want to see inclusion, both in society and in large scale events like the Grammys.

Many may wonder the reasons behind the lack of diversity in the Grammys, seeing as the majority of these awards are first voted on. However, not anyone can just vote for a Grammy. In order to be eligible to vote for Grammy winners, you must have one of the following qualifications: have 12 physical or digital tracks released online only (with one release in the past 5 years), have 6 credits that are on commercially released tracks in physical stores, have won a Grammy before, or have received an endorsement from a current voting member. After meeting one of the 4 requirements, they become a voting member but are asked to vote in only 9 genre categories and the four main categories (Record of the Year, Album of the Year, Song of the Year, and Best New Artist) out of over 80 categories. Because of this voting process, a lot of smaller, lesser known categories are not as voted on compared to the more popular categories.

But if people are getting together to vote on categories, wouldn’t it appear that the Grammys are diverse and representative of the music industry? No. This is because in the mid-1990s, the Recording Academy, the group that is in charge of the Grammys, assembled a committee that would review the nominations and their votes. They go over some of the popular categories (like the Big Four) and make adjustments as needed. Because of this, many of the big categories and specific genres like R&B, country, and others are rigged by this private committee. Because of the private nature of this committee and the Grammys’ lack of transparency, many of the people voting don’t even have a deep understanding of the genre that they’re nominating in.

Not only does this lack of diversity go ignored by the Grammys on both their website and social media platforms, but it's also ignored in the actual awarding process. According to data compiled by Grammy-winning music producer Ian Brennan, no Middle Eastern or Eastern European performer has even won a Grammy. Other researchers like John Vilanova, professor of Africana studies at Lehigh University, also found that people of color have often been overlooked in Big Four awards regardless of how well the album was received by the public. Vilanova, who is writing a doctoral dissertation on this topic at the University of Pennsylvania, says that Black artists often win in categories like rap or R&B but don’t do nearly as well in the Big Four. With the unfulfilled promises that the Recording Academy has made in the past, it’s not surprising that even now that Grammys continue to fail to recognize artists of color.

It does seem like the Grammys have heard the outcry from the public on this lack of diversity. During this past summer, they changed the name of the “World Music” category to “Global Music” in an attempt to depart from “the connotations of colonialism, folk and ‘non-American’ that the former term embodied” and to “embrace a truly global mindset.” While the name changes signified the Grammys’ willingness to change, their nominations in this category did not. 4 out of the 5 nominations are from people who have already been nominated and 2 are from well known music conglomerates. Not only did this category ignore many more talented, yet smaller artists, but it also once again ignored the 94.2% of the nations around the world that have artists that have never been nominated in a category.

It’s evident that the promises members of the Recording Academy have been making are not actually present in the nomination process. Many public figures agree. Singer Zayn Malik tweeted before the ceremony started, saying that the Recording Academy is “moving in inches and we need to move in miles...We need to make sure we are honoring and celebrating ‘creative excellence’ of ALL. End the secret committees.”

As a global entity that amasses the attention of millions of the people, the Grammys must be held accountable and take adequate steps to amend their past actions.

How Fenty Beauty is Revolutionizing the Makeup Industry