The Kashmir Conflict: A Danger to Freedom

This is Kashmir: an area heavily fought over by India and Pakistan for years where tensions are now escalating beyond belief.

Srilekha Cherukuvada
and
December 15, 2019
in
World
Courtesy of ABC News 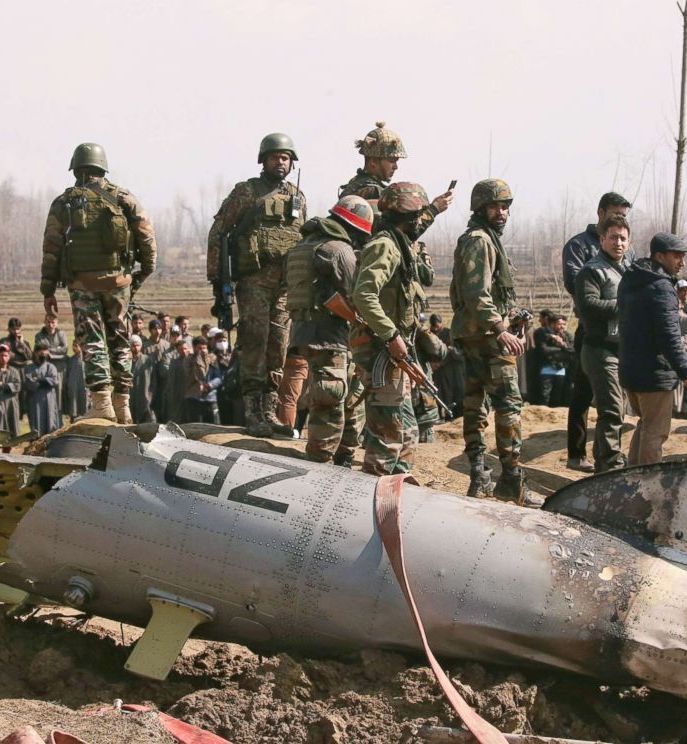 Thousands of soldiers and police are stationed, patrolling the area. Corruption and threats cover up the truth in the media. Schools are closed and there is an indefinite lockdown. Citizens, scared, are crying out for help. Roadblocks, curfews, and house arrests are common. A complete communication blackout.

This is Kashmir: an area heavily fought over by India and Pakistan for years where tensions are now escalating beyond belief.

It all started when prolonged disputes in 1949 between Pakistan and India over control of the region culminated in the area’s division into India-controlled and Pakistan-controlled Kashmir. More recently, however, tensions have been rising and both sides are fighting for full control. India wants to unify Kashmir with the rest of the country and remove Article 370 from its Constitution, which gave Jammu and Kashmir a special bi-national status that granted certain autonomous rights to self-government. There have been disputes within India, however, about how instead of mitigating terrorism, acquiring Kashmir could further inflame tensions and human rights abuses.

Meanwhile, Pakistan hopes to see India’s decision reversed. They believe revoking Kashmir’s autonomy is illegal under international law. To do this, Pakistan has tried to remove diplomatic ties. Pakistan’s bigger goal, however, is to gain full control of Kashmir, by reasoning that as a Muslim-majority area, Kashmir should go to them. After Bangladesh gained independence in 1971, Kashmir became even more critical to Pakistan, so it became a heavily militarized territory, with both Pakistani militias and the Indian military occupying the region.

The people actually living in Kashmir, on the other hand, want to have the full rights to decide their own future, rather than heeding to the political impulses of India and Pakistan. They want to hold a referendum, where they could vote on their future.

Despite the Kashmiri citizens’ pleas to have a more democratic solution, Pakistan and India continue to claim the territory as their own. The crisis has now come into almost its eleventh week, and there is no slowing down. Since the start of the conflict, hundreds have been killed and injured in Kashmir and all the citizens want is for it to stop. The allegations range from sexual abuse, rape, torture, mass killings and more.

“India and Pakistan blame each other for human rights violations in Kashmir while ignoring their own responsibility for abuses,” said Meenakshi Ganguly, South Asia director in an interview with Human Rights Watch.

Conflict related casualties have been the highest in 2018 since 2008: 586 people have been killed, with 160 of them civilians. Furthermore, racial and religious intolerance has increased dramatically. Both sides have accused each other of religious hatred, with Pakistani leaders saying that Modi’s government held prejudice against the Muslims and Indian leaders speculating Pakistani militia attacks on Hindus. The area of Kashmir has also had multiple attacks specifically on certain religions. For example, the exodus of Hindu pandits forced hundreds of thousands of Hindu brahmins to move out.

Why is this fighting still happening? The Indian and Pakistani governments are relentless over gaining control over the Kashmir territory. In addition, Kashmir has always been the site of intense conflict between majority-Hindu India and majority-Muslim Pakistan, and unfortunately, the Kashmiris are caught in the crossfires.

As more people in Kashmir keep getting hurt, the world watches in anticipation. Citizens are pleading for the fighting, the terrorism, the militias to just stop as terror-related deaths and injuries rise to horrifying numbers. They just want to make their own choice: freedom.

“Two giants—nuclear giants,” Kashmiri citizen Aijaz Ganaie said in a Vox video about the conflict. “We’re nothing in between them.”

And what can we do? Unfortunately, not much as individuals outside of Kashmir. Even worse is the extreme lack of representation in media about this conflict. Many don’t even know what is going on in the disputed area, much less what Kashmir actually is.

“While there is definitely a lack of coverage of the Kashmir conflict, it’s not entirely the media’s fault because the Indian government has essentially blocked all communication from the area,” Westwood High School student and avid activist Samia Arni said. “However, since the media isn’t covering it as much, a lot of people don’t have much knowledge of what exactly is going on and the government is basically convincing everyone that everything is fine in Kashmir when the situation clearly isn’t.”

However, the international community can intervene before the conflict escalates excessively. “It is imperative that the international community think beyond trade and business advantages. World War II happened because of appeasement at Munich. A similar threat looms over the world again, but this time under the nuclear shadow,” Imran Khan, the prime minister of Pakistan, said in an opinion piece in the New York Times.

Until India and Pakistan finally speak to each other and allow the Kashmiri citizens to have the freedom to make their own choice between the two countries, the Kashmir conflict could rage on as a never-ending fire.