The Importance of LGBTQ+ Narratives in the Classroom

Varshini Sathiyaseelan
and
June 27, 2021
in
LGTBQ+
Courtesy of Kortext via Medium 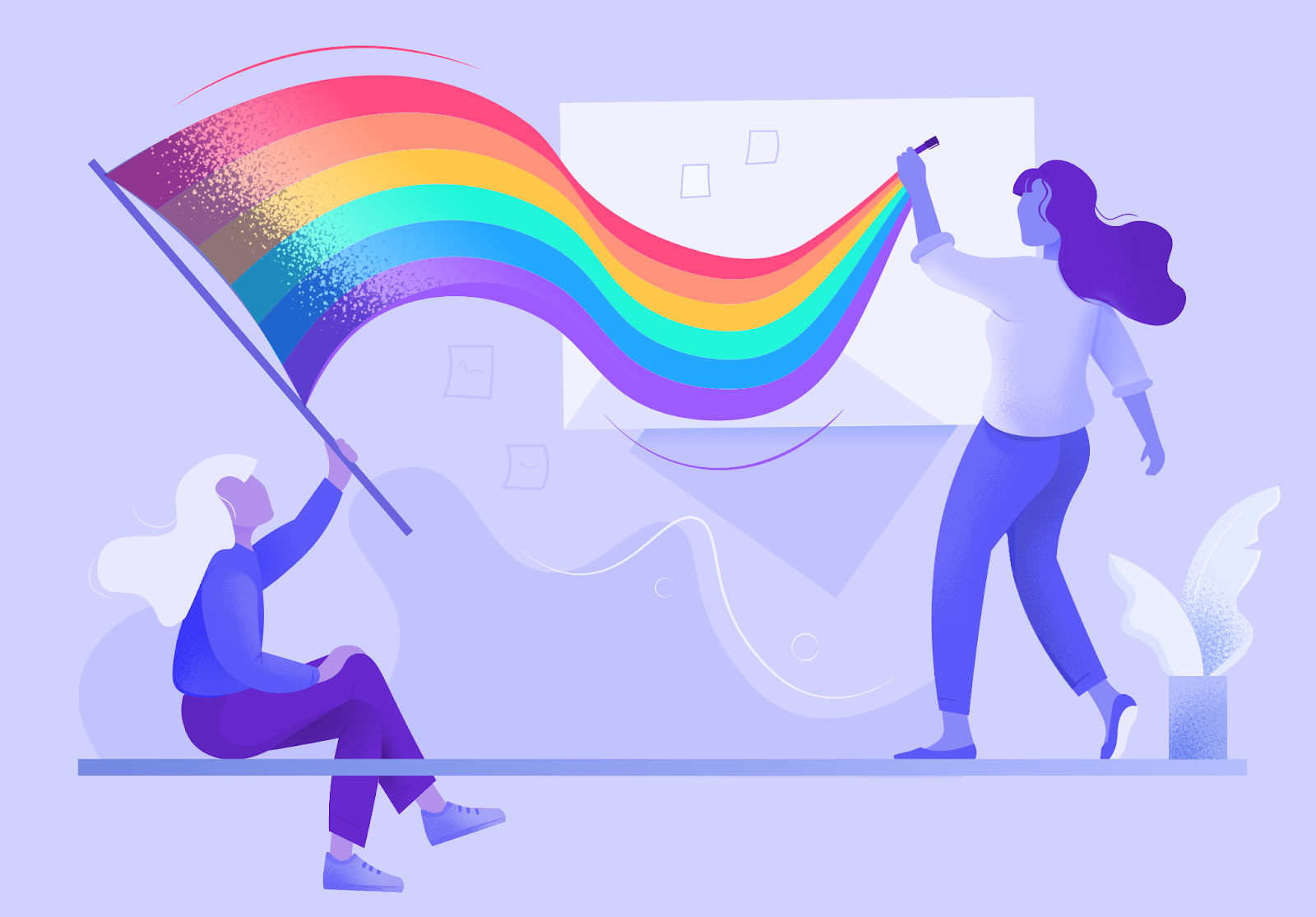 For Pride Month, members of the LGBTQ+ community all around the world celebrate a myriad of events. Apart from commemorating the Stonewall riots, Pride Month also serves to recognize the impact that LGBT people have had in the world and acts as an important reminder that increasing visibility and support for the LGBTQ+ community are still a work in progress. It is not just a month of joy and celebrations, but also a month of grievance and activism. Memorials are often held for members of the LGBT community who have lost their lives to hate crimes or HIV/AIDS. It highlights the lack of inclusion and representation of LGBTQ+ members as well as uncover the often overlooked, yet sweeping impact that LGBTQ+ individuals, advocates and allies have had on history. Pride Month is also when activists spread awareness of the hardships that members of the LGBTQ+ community face, including discrimination and harrassment due to the lack of acceptance in society.

Despite years of celebrating Pride Month and thousands of marches, why are there still so many hate crimes against the LGBTQ+ community? Children, as young as kindergarteners, have already been fed with stereotypes and entrusted with gender policing —where they have already been trained to learn and coerce one another to conform to gender norms. In fact, it begins at birth—or even before, in the form of gender-reveal parties where the sexual identity of an unborn child is already out in the open for everyone to hold expectations upon the child’s future.  Even before a baby’s first diaper change, a gender-based colour has been picked and their pronouns have been dictated, from the colour of beads strung to their infant ID bracelets to the colour of clothes. That is really how deep-rooted gender norms have been instilled in society.

As such, it is the norm that students only learn the non-LGBTQ+ version of curriculum throughout their school years. Sometimes, we forget just how recently things have changed. In 2000, a law was established that allowed gay and bisexual people to serve in the armed forces; in 2002 came a law that allowed gay people to adopt children. 2003 saw the 1988 Section 28 act, which prevented teachers from talking about gay relationships in school, lifted. However, such laws have yet to guarantee the safety of LGBTQ+ members from the daily discriminatory hassles that manifest in the form of derogatory-name calling, taunts, fetishization and physical assaults.

Inclusivity in day-to-day life is everything. Without it, people would feel alienated and the effect that it could have on a person’s personal development is detrimental. Especially for an LGBTQ+ student, it is not beneficial for their mental health or development to feel left out or fight a lone battle for years. If these topics were only scarcely discussed or even mentioned at school, it would heavily imply that being a part of the LGBTQ+ community is something to be ashamed of and that students should remain silent about their individual struggles. This only further proves that it is extremely crucial for children in schools to be exposed to LGBTQ+ narratives to assure them that being different from societal “norms” is definitely normal. That is exactly why unconscious biases that stem from deep-rooted gender-policing need to be unlearned from the very place they seek education: schools. An equitable education must include increased visibility and support for LGBTQ+ students and teachers.

While many students have heard about some events in LGBTQ history (such as the Stonewall Riots or the activism, political career, and assassination of Harvey Milk in San Francisco), many significant people and events in the history of the LGBTQ rights movement are often underrepresented in textbooks and K-12 curriculum. By examining a broader sweep of LGBTQ+ history through narratives in the classroom, students can be taught to put people and events into more meaningful context. It also presents them with the opportunity to consider whose experiences are included in the history taught in schools, whose are often left out, and how that may reflect and perpetuate the division of groups in our society.

Effectively, including LGBTQ+ narratives in the classroom are essential to create a safe space for all students, so that they can feel comfortable coming out and not have to worry that people will treat them differently. Introducing LGBTQ+ content at a young age normalizes different identities and families, lessening the stigma surrounding such topics. By incorporating LGBTQ+ representation early, the need for them to make a "discovery" about LGBTQ+ people later in life is removed.

In addition to decreasing social stigma and increasing safe spaces, attention needs to be directed towards the fact that LGBTQ+ content has been consistently and purposefully been left out of the school curriculum, textbooks, and lesson plans. For example, the Lavender Scare is left out of the Cold War and the Pink Triangles are left out of the Holocaust. The removal of such content undermines or even erases the discrimination and oppression that LGBTQ+ people have faced in history as well as masks their contributions, alluding that LGBTQ+ students should stay in the closet. Hence, the inclusion of LGBTQ+ narratives are vital in portraying a truer and more inclusive account of history.

Ultimately, the goal is to create a classroom environment where LGBTQ+ students feel seen, feel safe to explore their identity, and non-LGBTQ+ students can truly learn about the value of diversity and perspective. It is only with education that everyone’s and anyone’s situation can be viewed equally. "If we start young, then it becomes a norm" says Lark Randles, an early intervention specialist from Ohio. This is exactly the norm that the LGBTQ+ community deserves.