Wealth inequality, which disproportionately affects low-income and marginalized communities, can be traced to the first taxation system in 1913 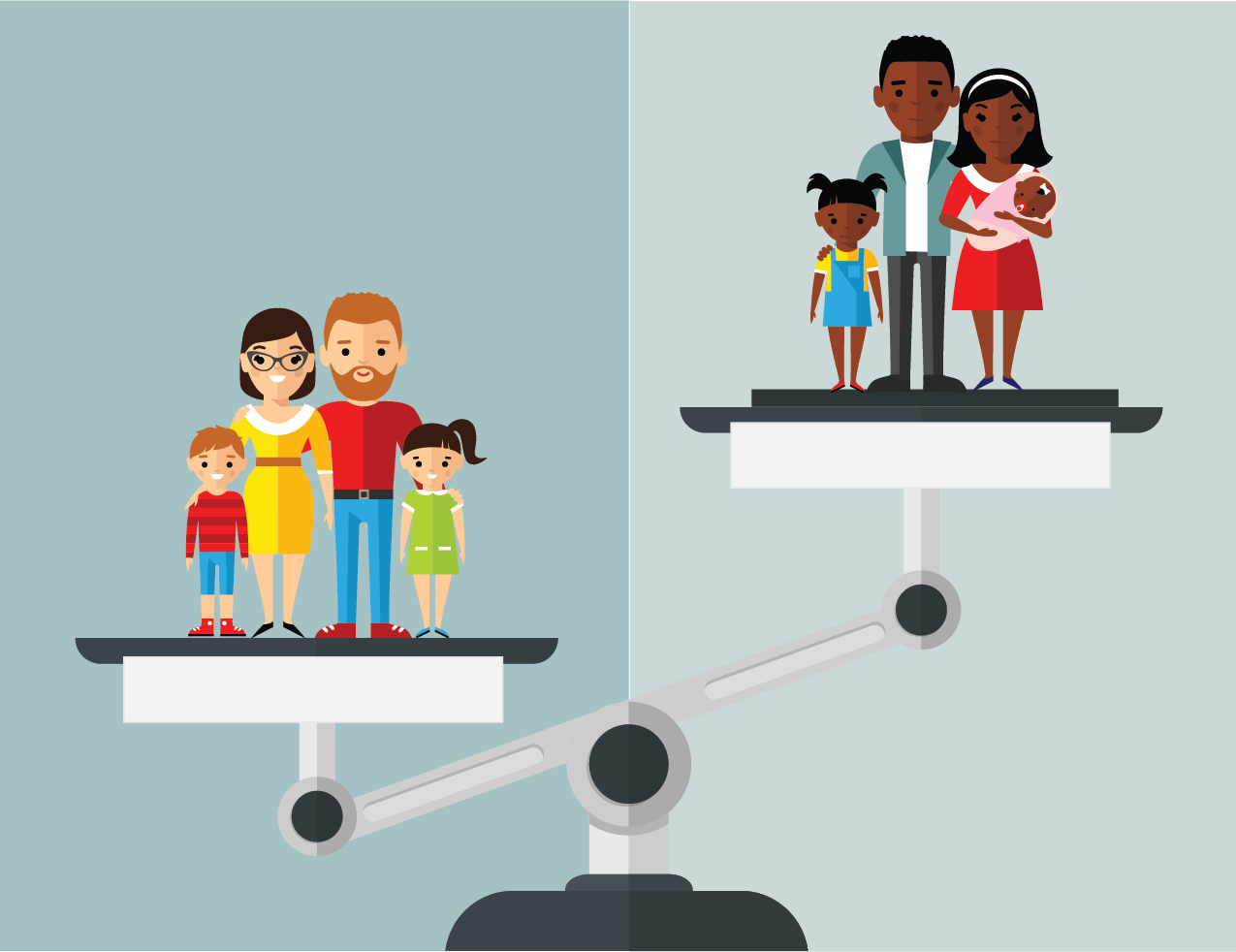 The world’s greatest economy, the United States, has experienced steady growth since the late 1900s, leaving behind other major world powers like the UK, Russia and China and powering past hurdles and challenges. America has placed consistent emphasis on economic growth to stimulate wealth and job creation, but with this has come a huge inequity crisis, the consequences of which are seen throughout the country today. A variety of factors has led to this crisis, perpetuated by the government’s irresponsible economic policy system that refuses to provide aid to the most vulnerable and widens the gap between the rich and the poor to an almost irreparable extent.

The beginnings of economic inequality in America are most commonly traced back to Willford I. King, a political scientist and economist, who raised concerns over the distribution of income in 1915. While America’s first ever tax was introduced in 1861, the agreements were changed multiple times, and the final taxation system came into play in 1913. However, it has been widely argued that these changes have not been effective in tackling the marginalization of certain groups from economic progress. The problem begins with a system that refuses to acknowledge the flaws that are dampening its progress.

In the late 1900s, the United States’ economy went through a period of stagflation, an extremely rare economic occurrence where both unemployment and inflation are high. Following this was the election of the well-known, rather controversial president Ronald Reagan. His economic policies, often referred to as Reaganomics, were largely based on ‘trickle-down’ theory, which significantly exacerbated inequalities in the US as we see today. Reagan cut taxes on large corporations in the hope that more disposable profit would give firms incentive to invest, and in turn, create jobs. But by cutting taxes on corporations, the government deprived itself of significant revenue, meaning that welfare programs (that were already extremely limited) became underfunded. The program also made a very small proportion of the population richer, and disregarded lower-income families completely. Alongside this, Reagan’s supply-side policies involved deregulation, reduced government spending, and heightened interest rates to tackle inflation, perpetuating cyclical poverty. This made survival even more difficult for small businesses, and created a generally grim economic atmosphere that continues to impact us today.

In 1996, then-president Bill Clinton replaced the AFDC, or Aid to Families with Dependent Children with the TANF program, or Temporary Aid for Needy Families. This limited the welfare program significantly, placing complex restrictions and thresholds on who could and could not access support. The TANF program, rather than creating a social safety net for the most vulnerable, revolved around principles of conservatism, promoting self-sufficiency and reducing welfare as a means of ‘incentivizing’ work. Today, under the TANF program, a parent of two can receive $418 a month for a maximum of 60 months, so long as they are completing some sort of work (varying specifics). However, similar to the discrepancies in wealth across states, there is extensive differentiation in welfare provision. Once again, marginalised communities are deprived of welfare, and the most needy often left with no support whatsoever.

Economics is a subject we often associate with money, and something we think should be left to those most experienced. The fact is, economics impacts us as much as it does anyone else, and if we don’t stand up today, we will face the consequences. You have the power to strengthen America, to strengthen democracy, and to build not just a country, but a world where everyone is looked upon, supported and appreciated equally.