The Impact of ICE Raids: Communities in Turmoil and Cooperation

Politicians and other leaders called upon communities to protect illegal immigrants targeted by the upcoming mass ICE raids.

Lucia Wetherill
and
September 24, 2019
in
Immigration
Courtesy of The San Francisco Examiner 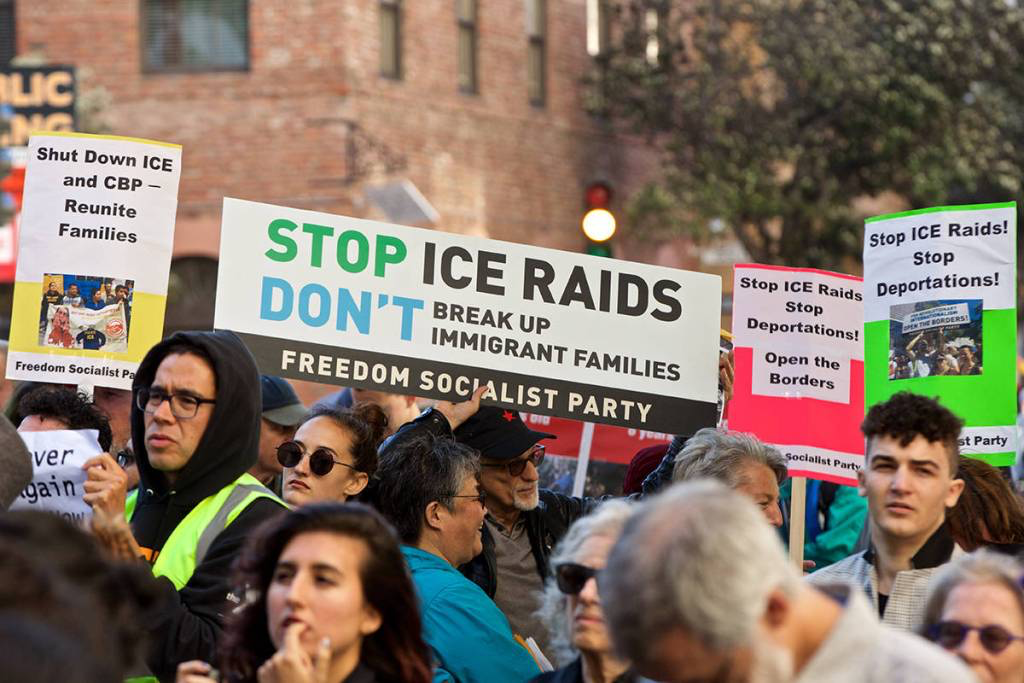 “I say they came in illegally, and we’re bringing them out legally,” President Trump announced to the assorted reporters before him – referring to the mass ICE raids planned for Sunday, July 14. ICE officials planned to detain about 2,000 illegal immigrants with final deportation orders from judges.

Ice raids aren’t nearly as uncommon as we might think – the unusual part of July’s raids were their unconventional amount of publicity. Unlike nearly all other ICE raids, this raid was announced ahead of time.

Within hours, immigration activist groups rallied against the raids. Social media was inundated with posts teaching undocumented immigrants how to stay safe during the raids. Marisela Esparaza of San Francisco Immigrant and Legal Education Network emphasized that the most crucial part of these social media campaigns was to ensure that immigrants were “prepared” and knew “they [did] not have to open the door.”

Trump’s announcement shook other citizens too. Politicians and other leaders called upon communities to protect illegal immigrants targeted by the upcoming mass ICE raids. Citizens publicly protested against the raid as widespread protests emerged across the country. In Colorado, an American flag at an ICE detention center was replaced by a Mexican flag and an upside-down American flag. In Washington, a man was shot and killed by police after throwing incendiary devices at an immigration center. In both Houston and Los Angeles: churches opened to provide sanctuary to illegal immigrants.

It’s clear that communities are coming together in support of undocumented immigrants. But was there truly an immediate, desperate need for it, more than before?

Despite the movement of protests, campaigns, and educational efforts, people quickly realized that the raids were not nearly as dramatic as President Trump insinuated. In fact, according to one ICE official, there was no real mass deportation; ICE was merely carrying out “business as usual.”

Although President Trump insisted that the raids were “very successful,” there were very few arrests – if any at all, according to the same official. Many believe that the announcement was merely a way to keep immigration in the headlines as the 2020 elections draw closer.

Despite the lack of arrests and the absence of a blitzkrieg-like series of raids, the weekend taught us one thing: there is no shortage of politicians, leaders, and communities willing and ready to come to the aid of illegal immigrants.