As United States citizens, we collectively claim that we are actively combatting antisemitism, but are we really?

Elise Hsu
and
December 29, 2019
in
Religion
Courtesy of Youtube 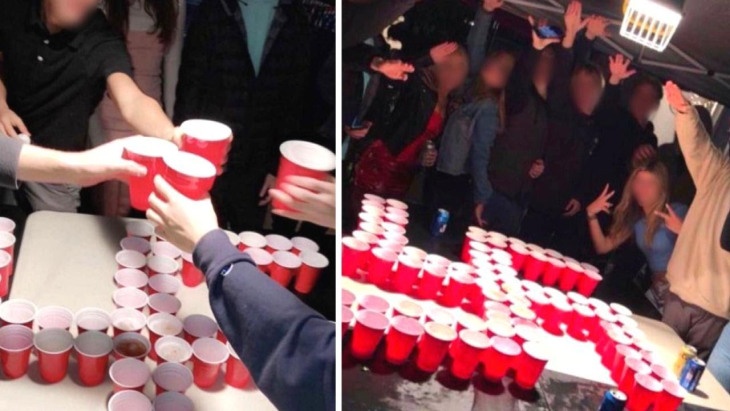 According to the Anti-Defamation League, anti-Semitic violence has recently reached a peak in a twenty year period. As United States citizens, we collectively claim that we are actively combatting this hate, but are we really? Has the social climate in our country changed for the better due to our efforts? Tragically, it seems like it has instead changed for the worse.

On March 2nd, a photo of high schoolers doing the Nazi salute over an arrangement of beer cups in the form of a swastika surfaced on Snapchat and Twitter. The students at the party had been playing “Jews vs. Nazis Beer Pong,” a game that revolves around the Holocaust. The photo was taken at a party in Newport Beach, California. Officials in the Newport-Mesa Unified School District condemned the incident in a letter sent to parents, saying, “we condemn all acts of anti-semitism and hate in all forms.” Martha Fluor, the vice president of the Newport Harbor High School board, also denounced the image, calling it “unacceptable behavior both from a health standpoint […] as well as from a moral and ethical position.”

America’s most basic ideal is freedom for all—the principle that everyone must have the same rights without fear of being stripped of them. However, this party denounces that very idea. About 11 million people died in the Holocaustand of them 6 million Jewish people. These victims were killed because of who they were, and many survivors have dedicated their lives after World War II to sharing their stories in hopes that such tragedies will never occur again. Freedom is not replacing a name with a call number. Freedom is not looking up to the sky in hopes of drinking mere raindrops to quench soul-wrenching thirst. Freedom is not being experimented on six days a week. And freedom is definitely not glorifying images of oppression and dehumanization that the Jewish community has worked so hard to reclaim.

With hope and perseverance, our country can acknowledge the anti-Semitism that is happening and denounce it. It’s about time that we see the Holocaust for what it is: cultural genocide, and instead of have a party to commemorate it, take real steps to make amends for it.