Anti-Semitism has objectively been on the rise in recent years. With this most recent attack, however, the question arises: what is being done to combat such hate crimes?

Elise Hsu
and
January 11, 2020
in
Religion
Courtesy of NPR 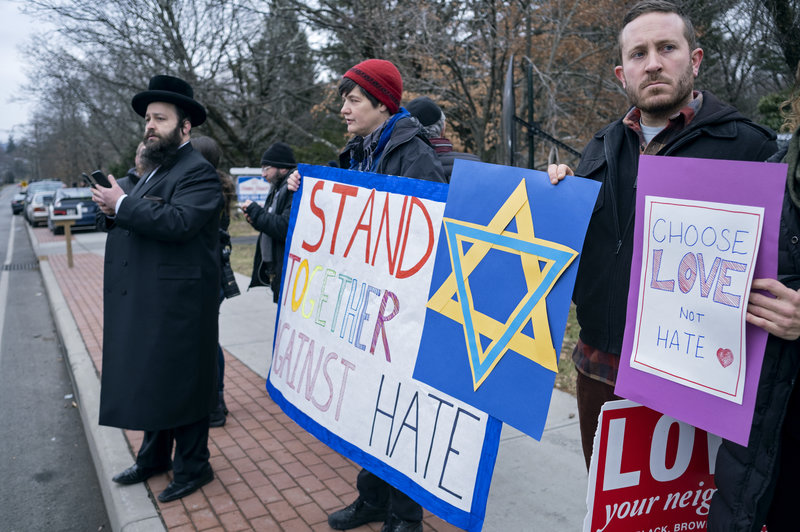 Whether it be a swastika drawn in a Department of Homeland Security (DHS) building or a shooting inside a synagogue, anti-Semitism has been on the rise. With this most recent event, however, the question arises: what is being done to combat anti-Semitism?

On the seventh night of Hanukkah in December of 2019, a man with a machete entered the home of a Hasidic rabbi, wounding five people. The assailant, Grafton Thomas, was found to have searched, “Why did Hitler hate Jews” on Google alongside other queries that caused concern amongst investigators. He also had journals that referred to “Nazi Culture” within their pages, featuring swastikas and Stars of David.

Time and time again we have seen the effects of hatred, of bigotry, of white supremacy and antisemitism on our community, and it is getting out of control. Attacks on synagogues and rabbi should not be normal. They should not be frequent. They should not even exist in the first place. However, in a nation that claims to be home to diversity and open to difference, in a nation that hosts the second largest Jewish population, antisemitic verbal and physical attacks are becoming a norm. After the Holocaust, we said "never again" and yet here we are. Jewish people are afraid for their lives. Hate crimes are on the rise. The safety of minority populations in our nation has been jeopardized, and this is not okay.

A day after the incident, New York governor Andrew Cuomo denounced the attack, calling it “an act of domestic terrorism.” He also proposed protecting synagogues by giving them armed guards, which is a sign of progress – but in the wrong direction. Considering this country’s problem with gun violence, following through with Cuomo’s plan would make the issue intersect with anti-Semitism, which could incite more fear than comfort among those who go to synagogues. A religious place is supposed to feel safe among those who pray there, but Cuomo’s proposal would not promote this idea.

Although five people were wounded in the attack, there was a sixth victim: the Jewish community. With the country’s tendency to shove problems under the rug, will it ever be able to properly heal?