Ifeoluwa Aigbiniode
and
January 18, 2020
in
Justice
Courtesy of News Channel 5 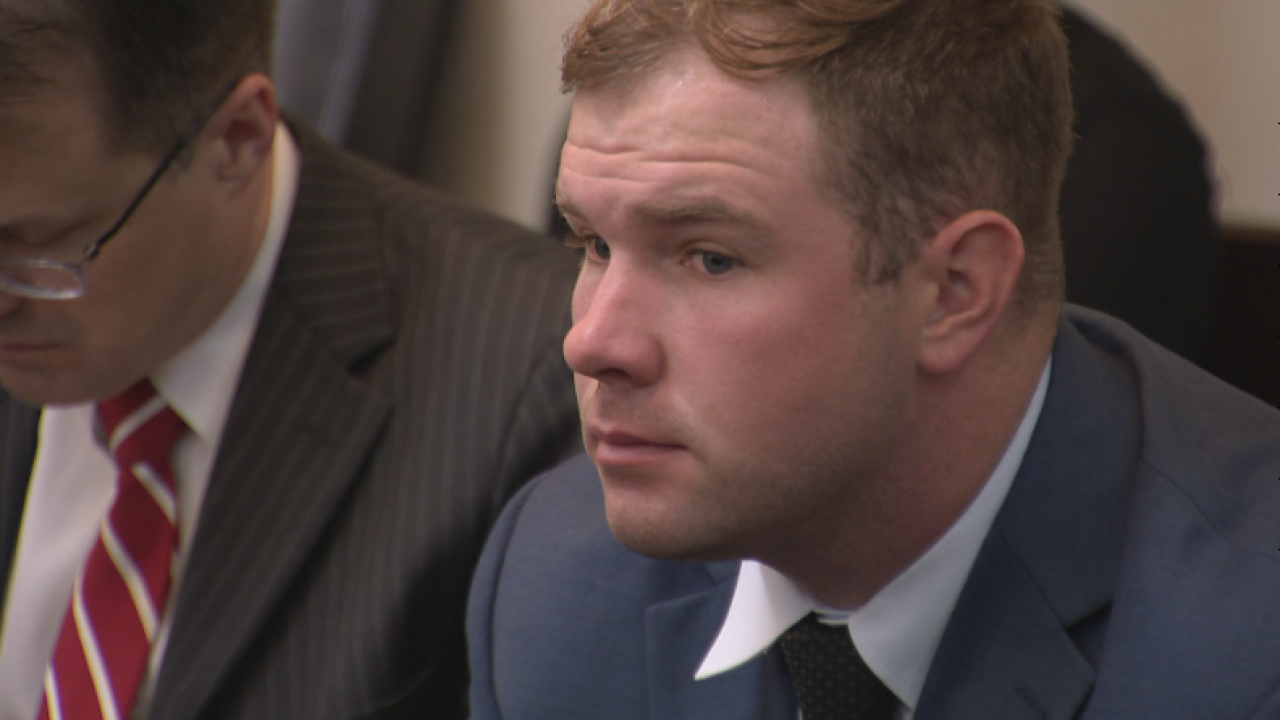 In July of 2018, NYPD officer Michael Reynolds travelled to Nashville for a three-night bachelor party with six other men, two of whom were also NYPD officers. The men stayed at a house rented through Airbnb over the weekend, which happened to be next to the home of Conese Halliburton.

On July 9th, at around 2:30 am, intoxicated Reynolds, a white man, stood outside Conese Halliburton’s front door and began to yell. He forced his way into the home while Halliburton, who is a black woman, was with her four sons, two of whom were 8 and 11 at the time. He claimed the home was his and can be heard threatening Halliburton on a surveillance video, saying he'd "break every f------ bone in your f------ neck" and using derogatory racial slurs. According to court documents, Reynolds left only after Halliburton said police were nearby.

Last month, Reynolds was sentenced to a mere 15 days in jail and three years of unsupervised probation after pleading no contests to four misdemeanor counts.

"He will receive no pension or health benefits, nor will he be allowed to carry a firearm," the NYPD said in a statement, “'His actions are wholly inconsistent with the values and standards the New York City Police Department expects and demands of its officers,” Acting Deputy Commissioner Devora Kaye, the NYPD's top spokesperson further stated. This announcement is only coming after more than 13,700 people signed a petition calling for Reynolds to be fired after his conviction. The petition was titled 'Fire Racist Criminal Michael J. Reynolds from the NYPD' - highlights the now- 26-year-old's racist tirade towards a black woman.

The saddest part about the recent announcement by the NYPD is that if this same incident had occurred while Reynolds was on duty in New York, it would have been considered disgustingly normal. In June 2019, it was found that there were about 2,500 formal complaints lodged with the  New York Police Department since 2014. They reported that the police officers acted with bias toward them. The NYPD is yet to vindicate any of these allegations.

The culture of defensiveness of the NYPD around the misconduct of officers can also be seen in its long-running support for ex-officer Daniel Pantaleo who was accused of killing Eric Garner, a 43-year-old black man, in 2014, among numerous other examples of support for those indicted for police brutality. Pantaleo was only fired by the NYPD in August 2019.

In view of this, the likelihood of an NYPD officer invading a black person’s home and hurling racial threats and slurs against them is not surprising. The fact that a law enforcement agency such as the NYPD allows this culture of misconduct of its officers to thrive is appalling. How can innocent people of colour in New York, who should feel protected by the police, continue to be victims of harassment and threat from the police? This is simply unacceptable.

Redlining on Redfin: Discrimination in the Digital Age

Governments Around the World Need to Increase Protection for Frontline Workers