Now, in 2020, Palestinian territory has been drastically reduced into the separate territories of the Gaza Strip and the West Bank, both dotted with and surrounded by Israeli settlements. 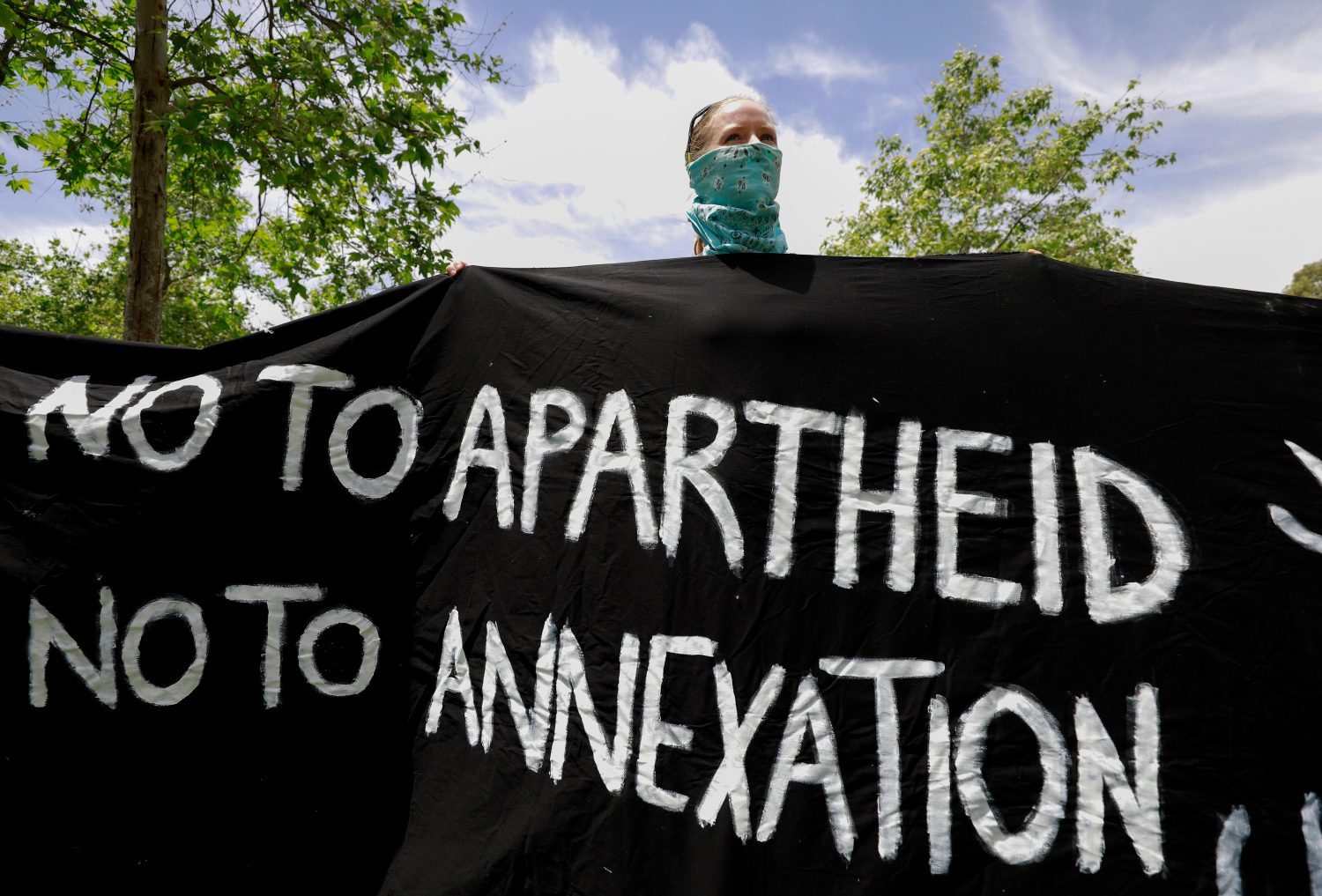 I come from there and I have memories

Born as mortals are, I have a mother

And a house with many windows,

I have brothers, friends,

And a prison cell with a cold window.

Mine is the wave, snatched by sea-gulls,

I have my own view,

And an extra blade of grass.

Mine is the moon at the far edge of the words,

And the bounty of birds,

And the immortal olive tree.

I walked this land before the swords

Turned its living body into a laden table.

I come from there. I render the sky unto her mother

When the sky weeps for her mother.

And I weep to make myself known

To a returning cloud.

I learnt all the words worthy of the court of blood

So that I could break the rule.

I learnt all the words and broke them up

(Mahmoud Darwish, “I Come From There”)

The above poem was written by Mahmoud Darwish, a poet who was considered to be the Palestinian national poet during his lifetime, and reflects a struggle for the concept and ownership of homeland in the Levant that is still being played out to this day. In 1947, the newly formed U.N. resolved that the previously British-controlled territory of Palestine would be divided into “an independent Arab state, an independent Jewish state, and the city of Jerusalem”. This decision wasn’t the beginning of Palestinian Nationalism or the Zionist movement; however, the partition was dissatisfactory to both groups and catalyzed decades of violence and fighting for self-determination and the right to what is an ancestral homeland for both peoples. In these years of fighting, the state of Israel has repeatedly made settlements on Palestinian territory, forcing Palestinians from their homes and committing human rights violations against them on what is also their land. Neither group is free from the guilt of committing violent acts against the other, but Palestinians are often conflated as the most violent among them, and the state of Israel has taken the support afforded to it by the United States and other western countries and run with it, assuming an approach that neglects international law, is cruel, and systemically oppresses Palestinians.

Now, in 2020, 73 years after the U.N. partition that wasn’t satisfactory to begin with, Palestinian territory has been drastically reduced into the separate territories of the Gaza Strip and the West Bank, both dotted with and surrounded by Israeli settlements. Palestinian areas are heavily policed and controlled by Israeli forces, and Palestinians who have been forcibly removed or who have fled have no right of return. Palestinians are often generalized as simply Arab, yet Palestinian refugees face discrimination from other Arab societies, especially in the neighboring countries of Lebanon and Jordan. Amidst this ruthless expansion, supported by the Trump administration’s “Middle East plan,” Israeli Prime Minister Benjamin Netanyahu has proposed the annexation of upwards of thirty percent of the West Bank.

Annexation is defined as “the administrative action and concept in international law relating to the forcible acquisition of one state’s territory by another state,” and it is generally held to be an illegal act. The announcement made by Netanyahu was vague and lacked detail, but it did specify July 1st as the date of annexation. July 1st has now come and gone with little movement toward annexation, but what did occur must be recognized. On July 1st, Ramallah, the administrative capital of the Palestinian National Authority was stormed by Israeli military, and many protestors were arrested seemingly without reason. Reports claim that it was largely without violence, but I can’t help but think that “storming” and “nonviolent” are mutually exclusive. The very act of storming an area is one of aggression and intimidation.

Despite relatively little action occurring on the proposed date of annexation, there is much to make sense of in this issue. Outright annexation has yet to happen, but Palestinian and Israeli streets alike are alive with protest, more arrests are being made, and propaganda is abound. In an interview conducted by BBC journalist Tom Bateman, Mohammed Yehya Ayer, a farmer from the Palestinian village of Irtas says that parts of the West Bank are “already as good as annexed.” This sentiment is held by many Palestinians; just across the hillside from Irtas is the Israeli settlement of Efrat, which was seized in the 1980s and, despite its geographical proximity, is practically a different world. While Israeli settlers build and reclaim with abandon, Palestinians can not even lay bricks on their own land without micromanagement by Israeli authorities. In the same piece, Bateman quotes two Israelis living in Efrat. One states that “We should apply Israeli law to all of this land. It’s ours in history. For the Jewish people it’s the most important - we don’t have another country to go to”. The other says “You can’t tell people to go from their land, their home”. I find these statements to be shocking, for the Palestinians equally center their national and ethnic identity on this disputed land. As a Jew living in the diaspora my perspective on this issue will never be complete or as connected as the perspectives of those who live through this issue, but I feel that the actions made by the Israeli government, supposedly in the interest of the Jewish people, show a complete disregard for Jewish values. It is as if the Jewish Israelis who choose not to recognize the plight of Palestinians at the hand of Israeli policy have lost sight of our history, the thousands of years of being pushed from our homes (not just in Europe) and relegated to be the other, and are thus perpetuating its unjust cycle.

Global leaders speaking out against annexation of the West Bank have warned that annexation could lead to an apartheid state. These claims are legitimate, as Israeli policies are rapidly moving in that direction - if they haven’t already reached their destination. Israel applies more than 50 laws that privilege Jewish people over Palestinians and essentially label Palestinians as second or third class citizens. Palestinian movement within Israel and Palestinian territories is heavily regulated through military checkpoints, and Palestinians are not even able to use all of the same roads. Palestinians who have sought refuge in other countries are often unable to see relatives who remain in Palestine or Israel. Annexation of the West Bank will likely escalate the brewing tensions and cause much larger conflict with international involvement. A Washington Institute study suggests that the annexation of 30% of the West Bank would affect almost 110,000 Palestinians. If it happens, the Palestinian Authority will likely interpret it as an Israeli declaration of war.

It has been suggested that conflict following annexation may lead to the quicker development of a unified state. I believe that a one state solution is the only way to put a stop to the current injustice; segregation in America has shown us that separate can never truly be equal. That said, the implications of annexation are far too grim to be opportune for such a change. If Netanyahu goes through with annexation and there is another war, gargantuan numbers of people will be hurt, killed, and displaced before the possibility of any benefit emerges.

In the United States, the Israeli-Palestinian conflict is an issue that many seem to shy away from or “stay out of”. There is a trepidation to care amongst those who it does not directly affect. More Americans need to choose to care about this issue, because the foreign policy of our elected officials directly affects it. Currently, the future is uncertain. Whatever happens next has terrifying potential.

Jews Shouldn't Have to Hide Their Identity