Chiara Bramante
and
March 7, 2021
in
LGTBQ+
Courtesy of CNBC 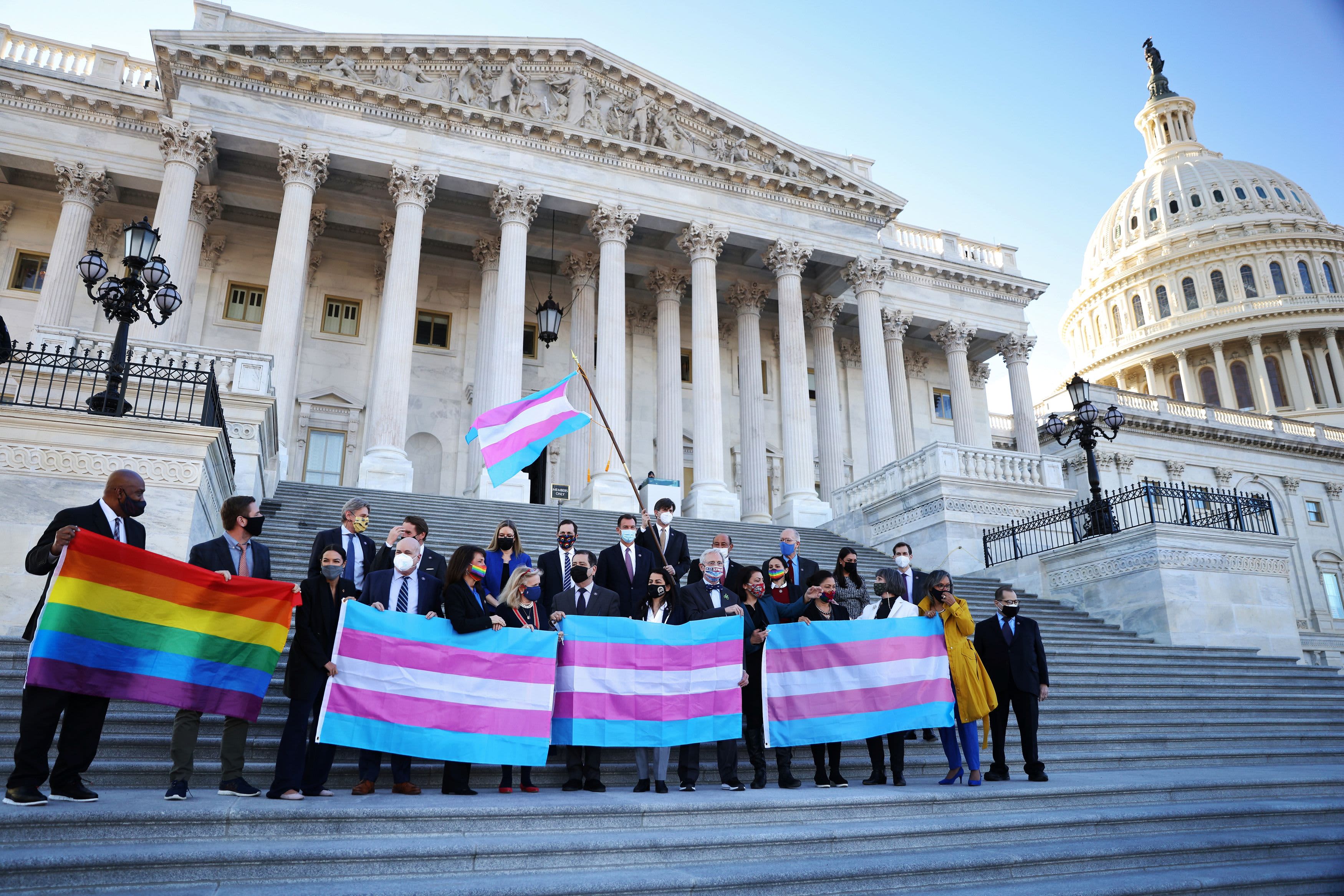 According to ABC news, the LGBT community has only been increasing in size over the past few years, the reason being that people have more courage to jump out of the closet than ever before. That doesn’t necessarily mean though that they are universally respected throughout the United States. Luckily, Joe Biden has taken initiative to reduce LGBT discrimination. He plans to take a monumental step forward with the re-establishment of the “Equality Act”.‍

What is the Equality Act?‍

Versions of this act have been established before—the Equality Act of 2010 for instance. This specific act was passed to end discrimination between people of different ages, disabilities, races, marriage and independent lifestyles, religions, and sexual orientation. However, LGBTQ discrimination has still not been completely prohibited. In fact, in 2020, 29 states still permitted bigotry against the LGBT community. President Biden, in his 100 first days in office, promised to the American people that he would legally ban all such discrimination. So far, things appear promising.

Not only are LGBT rights preserved in the inception of this act, it would also preserve other bases of your personal identity. In 2010, discrimination against your gender identity was only ended in some prospects, specifically within the workplace. This new act will hopefully begin to settle this issue by a decline in discrimination of people with varying gender identities in any situation that can occur. ‍

The House was nearly split with a 224-206 vote. The majority of Democrats decided for and all but three Republicans decided against. This close vote certainly caused controversy among the far majority of Republicans and Democrats.

For example, CNN quotes Republican Representative Andy Biggs whilst he shares his off-putting opinions, “While it attacks religious freedom, freedom of expression and freedom of association, all important rights recognized in the first amendment, it doesn’t stop there, it also denies the biological facts that men and women are the two genders.”, which isn’t true to any extent. The act is simply a legal document that ensures equality amongst all people. Whoever disagrees doesn’t support the most basic of human rights.

To clarify this, Democrat Representative David Cicilline, who is actually a part of the LGBT community argues, “In most states, LGBTQ people can be discriminated against because of who they are, or who they love. It is past time for this to change.” His words echo a perspective that President Biden acknowledged. Although, considering a survey that was taken by a large majority of Americans before Biden’s victory, 68% of Americans wish to see this change as well.

Another example of this diversity of opinions would be the well-known disagreement between Marie Newman and Marjorie Taylor Greene. Marie Newman, an Illinois Representative, spoke for the Equality Act when the House was deciding their vote. Her daughter, who is transgender, was the most significant factor in her vote. Marjorie Taylor Greene, a Georgia Representative who is established among others as a conspiracy theorist, insulted and bombarded Marie Newman and her daughter with her opinions. In a tweet, Greene stated, “As mothers, we all love and support our children. But your biological son does NOT belong in my daughters’ bathrooms, locker rooms and sports teams.” She also hung a sign in the congressional office hallway supporting her controversial opinion.

In this situation, Greene is clearly in the wrong. Ms. Newman’s daughter undoubtedly has the basic right to identify in whichever way that she chooses, and any opposition to this right is an opposition to human rights at large. The Equality Act is one that advocates for the end of discrimination against all people, an effort that we must all support. In the end, the Biden administration has taken big leaps to improve the lives of the American people. And hopefully, if we remain optimistic, another year like 2020 will not come rolling off our shoulders.