In a world where LGBTQ+ individuals are already ostracized, conversion therapy only inflicts further harm and trauma upon this community

Anya Sharma
and
November 5, 2020
in
LGTBQ+
Courtesy of Rob Dobi 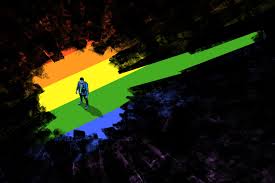 LGBTQ+ identities are belittled, patronized, and outcast in our current world. Children and teenagers who are in the midst of coming to terms with who they are, often feel a sense of shame because they do not fit into the standard of who society says they are supposed to be. There is the notion that they are disappointments for not fitting the status quo and these ideals are only perpetuated by unaccepting families. The unfortunate reality is that the refusal to accept an identity other than heterosexual and cisgender may lead to the usage of conversion therapy for the adolescent. In the United States, according to the UCLA Williams Institute, 20,000 LGBTQ adolescents will receive conversion therapy from a medical professional in states that do not ban the practice. Likewise, a whopping 698,000 LGBTQ+ adults have already received conversion therapy.

Conversion therapy has not always existed, although homophobia has. Religion has played a large role in the development of anti-queerness, especially considering that 57,000 youth from across the nation will sometime in the future receive conversion therapy through religious or spiritual advisors. However, a more aggressive and less morally convoluted practice started in 1889 when a German psychiatrist claimed that he had made a gay man straight through hypnosis. Allegedly, it took 45 hypnosis sessions and a visit to the brothel, to create a complete turnaround of the man’s sexual desires. Unknowingly, conversion therapy, a practice aimed at changing a person’s sexual orientation or gender identity, was created and became widely used in the 20th century.

In 2011, Patrick Strudwick, a recipient of conversion therapy, stated that he received therapy based upon “prayed, non-evidence-based regression techniques, and the framing of homosexuality as a pathology” as stated by Wired. In another scenario, also written about in Wired, LGBTQ+ activist, Vicky Beeching, stated that her experience was indeed “a public ‘exorcism’ in front of 4,00 people at a religious convention.’” In other, more extreme cases, electronic shocks and emetics have been used in these therapies. There is no doubt that these scenarios cause lifelong mental turmoil and trauma.

A study from the San Francisco State University that analyzed the effects of rejection due to one’s sexual orientation and gender identity found results that were indicative of a greater crisis in the United States. This study was completed to find the comparison between the mental health and overall state of an LGBTQ+ person who lives in an accepting environment versus one that does not. It was reported that the unaccepted teens were 5.9 times more likely to report high levels of depression, and consequently, 8.4 times more likely to report attempting suicide. On top of that, these teens were 3.4 times more likely to use illegal drugs and also, 3.4 times more likely to be at high risk of HIV and STDs. All of the factors combined influence an individual’s ability to live a fulfilling and happy life. In unaccepting households, teenagers do not receive the proper resources to achieve this.

Considering the drastic effects that conversion therapy can have, we would reasonably assume that the United States would have had a complete ban on it. However, only 20 states have banned the usage of conversion therapy for minors, not including the therapy on the basis of religious advisors - this should raise concerns. This practice erases an entire group of people’s identity due to people’s ignorant prejudices. So, how to combat this issue is a question that comes into play, and it is one that is not easily answered unless one is a government official in the United States government and can directly vote on legislation. Consequently, the direct election of anti-conversion therapy advocates is the best way to ensure that actual legislation will be drafted on behalf of banning it. Furthermore, making educated voting choices ensures that these representatives will understand the importance of the LGBTQ+ community and their grievances. There are also various organizations to get involved in that rally for the LGBTQ+ community, such as The Trevor Project. These include activism on behalf of the rights of LGBTQ+ people. Lastly, an important aspect to effectively rally for social change is empathy. The LGBTQ+ experience, especially one of a rejected person, is traumatizing and can lead to long-lasting effects. Understanding that these experiences need to be honored and told to further prevent similar situations from occurring is vital. Not to mention, including LGBTQ+ people at the forefront of politics regarding them is crucial.

The practice of conversion therapy should be widely regarded as illegal and inhumane. With all the hardships that members of the LGBTQ+ community already have to face through the social standards they are told to abide by, the addition of a procedure in which their identity is “changed back to normal” only adds to the suppression of queer people. The LGBTQ+ community deserves an equal chance at being able to embrace themselves and experience life in the fullest, most open way possible.