The DHS Denounced Anti-Semitism. The White House Should be Next.

In Charlottesville, it was a march. In Pittsburgh, it was a shooting. And in Washington, D.C., it was a swastika drawn in a Department of Homeland Security building.

Elise Hsu
and
December 23, 2019
in
Religion
Courtesy of CNN 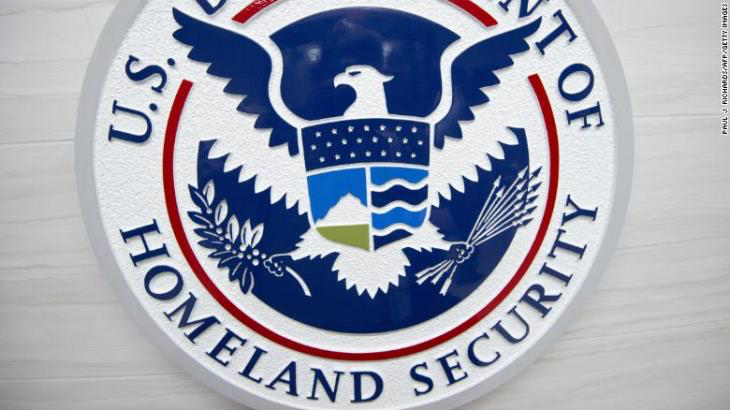 In Charlottesville, it was a march. In Pittsburgh, it was a shooting. And in Washington, D.C., it was a swastika drawn in a Department of Homeland Security (DHS) building.

On Friday, Sept. 13, Principal Deputy Undersecretary for the Office of Intelligence and Analysis Brian Murphy sent staffers and email informing them of the recently discovered symbol, according to CNN. In the email, he made it very clear that “there is no room in the workplace for symbols of hate.” He also outlined the steps that the DHS was taking to address the issue, including removing the swastika and notifying the DHS Insider Threat Program.

This incident makes it clear that anti-Semitism has made its way into the American government. A hate symbol’s presence in a government building is problematic because it illustrates the attitude that the current administration is promoting. Two years ago, the “Unite the Right” march took place in Charlottesville, featuring white supremacists condemning the removal of a statue of Robert E. Lee.  Because an incident at the march left one person dead, the country was watching to see what the White House would do. The White House did nothing, instead outlining anti-Semitism as an issue with faults on both sides and calling white supremacists “very fine people.”

The White House rebuffed DHS efforts to prioritize combatting domestic terrorism, with a source close to the White House saying that they had “major ideological blinders on” and “wanted to focus only on [Radical Islamist terrorists abroad]… ignor[ing] the reality that racial supremacist violence was rising fast” in America. Why does the White House choose to focus on overseas threats while white supremacy is still a problem in America? Is it that hard to denounce those “very fine people” and work against them?

By refusing to denounce them, the current administration was indirectly encouraging crimes related to white nationalist ideologies. Now, the White House is ignoring intolerance in government institutions.  The Department of Homeland Security has stated that there is no room for intolerance in any of its buildings. Why isn’t the White House saying the same thing?