Although the Trump administration announced their attempts to improve the health standards at immigration centers, new issues continue to arise.

Bella Carreno
and
September 23, 2019
in
Immigration
Courtesy of Aljazeera 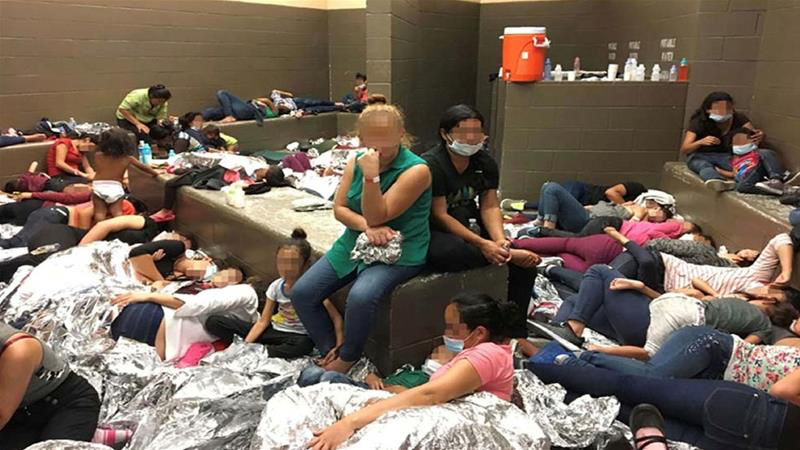 Since Trump’s inauguration, Immigration—legal or illegal—has been a hot topic within the country, and the detention centers for undocumented immigrants have set the tone for a country-wide debate. Many detention centers have been reported for “unsafe” and “unsanitary”  conditions, which include children being denied soap, toothbrushes, and forcing migrants to stay in the clothes they arrived in. Although the Trump administration announced their attempts to improve the health standards at immigration centers, new issues continue to arise.

This August, over 57 immigration facilities throughout 19 states, were subject to Mumps outbreaks. Mumps is a virus, often causing swelling, fever, headaches, and in some cases, meningitis or loss of hearing. These cases are uncommon among US citizens, but among the facilities, 13 people were hospitalized due to the severity of the disease. Brian Cox, an ICE spokesman, detailed the efforts the agency was taking to prevent the issue, including screening within 24 hours of arrival and 25,000 measles-mumps-rubella vaccines within affected facilities. However, breakouts and health issues continue to haunt the facilities, leaving many with the question: What’s next?

Following the Mumps outbreak, two doctors associated with Harvard and Johns Hopkins wrote a letter to Congress, voicing their concerns about the flu virus and the standard of care for migrant children, referencing recent cases in which migrant children died from the flu. The Customs and Border Protection responded with a public statement, it would not be giving migrants the flu vaccination due to complexities and short time holding. This, of course, contradicts the Trump administration’s recent announcement that revealed that it intended to increase detention time to ‘indefinitely’ for migrant families.

This statement ignites many questions and concerns among the mass media and American society, while also raising some fundamental issues. Looking past the idea of immigration and borders, and stripping this issue down to the cause and effect, the US is blatantly refusing to tend the needs of children. American politics are completely divided, with both sides arguing a point they believe represents the “real” America. But these debates and dissenting opinions distract us from finding solutions and the urgency of the situation. The fact that children, no matter the number, have died in the care of facilities on the US border, should strike fear into the hearts of Americans. Darlyn Cristabel Cordova. Juan de Leon Gutierrez. We remember the names but make no moves to fix the problems that killed them. The flu vaccine is necessary, although potentially expensive and complex to integrate into the facility’s medical care. Without it, the flu season will hit the facilities in more ways the medical systems can keep up with. If we don’t push for change now, the repercussions will not only be felt along the border—but within America itself.