As of 2016, the National Crime Information Center has reported 5,712 cases of missing American Indian and Alaska Native women and girls, and the list sadly continues on

Snayini Das
and
July 12, 2021
in
Race
Courtesy of Teen Vogue 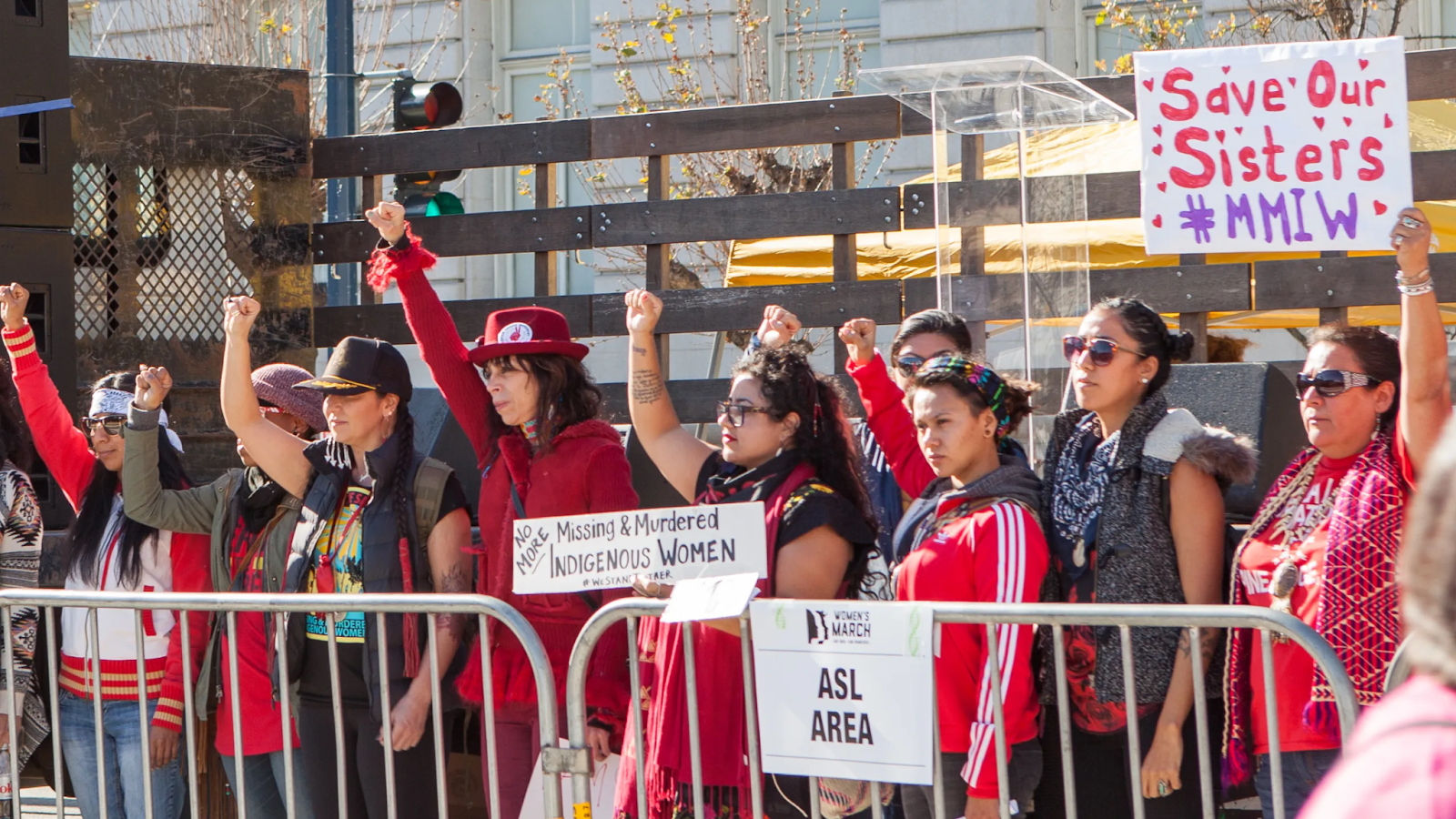 As of 2016, the National Crime Information Center has reported 5,712 cases of missing American Indian and Alaska Native women and girls, and the list unfortunately continues on. The crisis has been affecting the indigenous people in both Canada and the U.S., and mainly the people belonging to the Native American communities. However, the U.S. Department of Justice missing persons database has only reported 116 cases, spanning the same time period. According to statistics, more than half (56.1%) indigenous women experience sexual violence, and more than 4 out of 5 indigenous girls and women have experienced violence. Though only numbers, these statistics portray a brutal experience that the girls and women of the community have to endure.

To note one such experience, Brandi Morin says, “I was a missing Indigenous girl who beat the odds. Now I’m a journalist and I won’t shut up about a genocidal crisis happening in Canada. I spent my childhood in and out of foster homes. It was a cold and lonely system. At age 12 I ran away from a group home with two other girls. It was freedom, or so I thought. I don’t even remember exactly how many days I was missing. Each day blurred into the next. At one point, two men in their late 20s held me hostage at a downtown apartment in Edmonton, Alberta, where they raped me several times.”

April Wiberg and her sister were the only Indigenous children in their school, who often found themselves to be singled out and bullied. April had run away from home when she was 16 years old. When she ended up couch-surfing in friends’ houses and being in abusive relationships, April came to realize that she was being targeted for sexual exploitation, largely because she was a vulnerable Indigenous girl with no fixed address. According to her, she was “learning how to numb her pain and at the same time, was drifting further away from reality”.

Desi Rodriguez-Lonebear, a sociologist who researches data in the indigenous communities, says, “Our data systems have been destroyed and erased over centuries of colonization. We have so many cases where our women are being mis-classified racially as white, as black, as Asian, as Latina and not actually American Indian and certainly not as citizens of different nations.” So, once again, the identity of these women has gone downhill, which begs the question: are they mere statistics for the country?

In Canada, Indigenous girls and women are targeted with violence more than any other group; their identity makes them 12 times more likely to go missing or be killed.

Morin reads a headline about Missing or Murdered Indigenous Women and Girls (MMIWG), and is reminded of what she could have been, “I could’ve ended up a grim statistic… I could’ve been them, and they could’ve been me.” As a survivor, she wishes to help alleviate the agony experienced by the families of MMIWG, other survivors, and potential victims of this genocide.

April, on the other hand, felt scared while sharing her story for the first time with the National Inquiry team back in 2017. She says “I dream that we, along with our daughters and granddaughters, can walk safely, with dignity wherever we go and be respected. I ask the Creator, ‘why did I survive this?’ I believe, because as a survivor, I can speak for my sisters whose voices were silenced. They never had the opportunity to speak out.”

April adds that she will keep going for as long as it takes. The crisis has been happening since 1942, according to government and police records; white male colonizers raped Native women at epidemic rates and justified their actions because Indigenous peoples were labeled as less than human.

This is nothing but a manifestation of pervasive racism; what’s worse, however, is that there is an intersection of misogyny existing as well—missing indigenous females are often discriminated against by authorities and labeled as “just an Indian, out partying, on a drunk, or on a runaway.”

Morin says, “If white women were being stolen at this rate there would be worldwide outrage. I’m a strong, proud Indigenous woman and I was more than a runaway or a lost cause. A generation of women like me is still fighting for our lives. We are resilient, worthy and intelligent; and we deserve to live, to dream, and to thrive. Against countless odds, my dreams of becoming a successful journalist came to pass. What about all the dreams that have died with our stolen sisters? Who would they have become?”

We must continue raising awareness of this injustice no matter how long it takes- for Alberta Williams, for Viola Panacheese, for all the sisters whom we lost to statistics!