How can we accept college tuition costing more than a house?

Akash Nayak
and
December 19, 2021
in
Student Rights
Image from the Center of Online Education 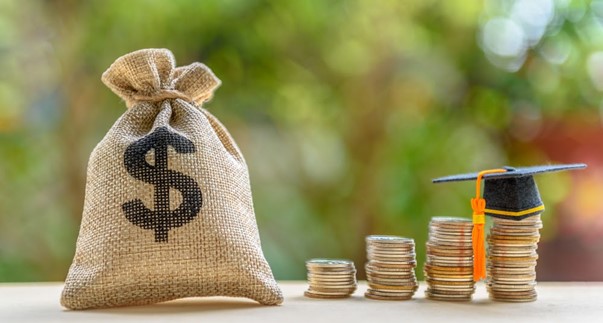 College, university, upper education; no matter what you call it, post-high school education is genuinely terrifying - especially for parents’ bank accounts. College tuition has increased rapidly and become unaffordable for many families, increasing eight times faster than wages in slightly less than three decades. However, Americans can not simply choose not to go to college. According to the Social Security Agency, men and women with graduate degrees earn $1.5 million and $1.1 million in median income compared to high school graduates, respectively.

Why is America’s higher education system so expensive in the first place? Part of the issue is spending on amenities, often with basic education. Keyton College’s all-you-can-eat dining halls, University of Missouri’s recreation center, and Michigan University's skip slope are some examples.  According to Robert Reich, “these amenities are extremely expensive and contribute to the escalating cost of college, and they have very little or anything to do with the education of most young people.” This spending extends to non-teaching staff. According to the Organization for Economic Co-Operation and Development (OECD), American universities also spend large amounts on athletics staff, fund-raisers, security personnel, and more.

An economic analysis also provides further information. In Ben Aker’s paper “A New Approach for Curbing College Tuition Inflation,” Aker argues that poor information, unclear pricing, and oligopolistic competition are to blame. Without proper access to information, “A cost-benefit-style analysis was not possible,” making it hard for prospective students to choose their best option. Furthermore, students are unaware of the actual price they will have to pay since most of their financial aid and total bills come after getting accepted. Lastly, the number of options for college is limited. Aker states that this potential cause  “results in higher prices than would prevail in a more competitive market.”

Ultimately, these points serve as a base to understanding why the ultimate cost of obtaining a bachelor’s degree can exceed $400,000 if we take into account interest on student loans and lost income along with direct costs. But how can we accept college tuition costing more than a house, the average price of which is over $260,000?

Other developed nations do not have the same issue with higher education. According to the OECD, America ranks second highest in college expenses per student out of developed countries.

So what needs to be done? Simply put, the government must take action. Many propositions have been made for countering the high cost of college. These include calls for the president to forgive all outstanding student debt (a short term solution for those with student loans), countless bills like the Understanding the True Cost of College Act of 2021, the Net Price Calculator Improvement Act, and the Know Before You Owe Federal Student Loan Act. No shortage of potential solutions exists; the issue is we must educate our representatives that this issue needs to be addressed. Or else all of us will be stuck with a massive bill for the act of learning.