Liv Hodgson
and
February 19, 2021
in
Representation
Courtesy of The New York Times 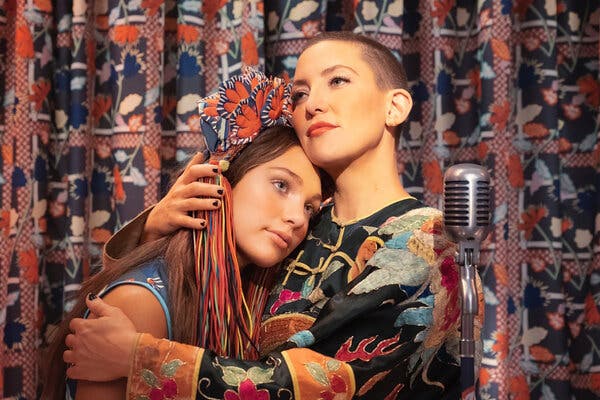 Australian musician Sia made her directorial debut with the feature film Music, which she also wrote and produced. Music tells the story of recently sober Zu, played by Kate Hudson, who suddenly becomes the sole guardian of her autistic half-sister Music, played by Maddie Ziegler. While Sia claims the film contains positive themes of family and finding one’s voice, its release has been riddled with controversy. Sia has received criticism for her casting decisions and scenes depicting the use of lethal restraint during an autistic meltdown.

The backlash began shortly after Sia first announced the release of Music. Many people with autism and allies of such people took issue with the fact that the character of Music was being played by a non-autistic person, Dance Moms’ Maddie Ziegler. While that criticism dwindled after a few weeks, more issues came to light recently when TikTok user @auteach leaked clips of a scene in the film where Hudson’s character holds Music face down on the ground. This type of restraint, known as Prone Restraint, has led to serious health issues and even death among many with autism. It is a restraint commonly practiced in school towards those with disabilities, and activists have been fighting against it through the Keeping All Students Safe Act. This act was introduced in 2020 and aims to end the use of physical restraint at school.

When dealing with those with autism, it is important to understand what may trigger a meltdown in the first place. Changes in routine, sensory overload from noise, crowded places, and uncomfortable social interactions are only a few common situations which may cause a meltdown. Several adult members of the Autism community were asked what helped them as kids when it came to meltdowns. Answers included not putting children in uncomfortable situations to begin with, bringing them to a place with limited sensory input, and talking about the situation once they had calmed. Restraint is a form of punishment, and a person with autism should not be punished for situations or reactions that they cannot control.

During the original backlash about Ziegler’s casting, Sia defended her choice to cast a non-autistic person, claiming to have done a lot of research while creating the film and had come to the conclusion that casting an Autistic actor would have been “cruel” (despite the fact that there are Autistic actors looking for work and ways to make film sets a safe environment for those with disabilities). Though she defended her casting, Sia came forward to admit that the use of restraint in the film was wrong. A warning will now be included at the beginning of the film which states that: “MUSIC in no way condones or recommends the use of restraint on autistic people. There are autistic occupational therapists that specialize in sensory processing who can be consulted to explain safe ways to provide proprioceptive, deep-pressure feedback to help with meltdown safety.” Those particular scenes will also be edited out of future editions of the film.

The discussions surrounding this film bring up significant issues about society’s treatment and view of those with disabilities, as well as the importance of accurate representation in film. It is important to educate ourselves and others on differently-abled people so we as humankind can take strides forward in making the world a more comfortable, safe, and accepting place. Check out endseclusion.org to learn about the Alliance Against Seclusion and Restraint’s work to end this threat to autistic people, and autismsafety.org for more information.

So, What’s The Deal With The Stimulus Checks?