In America today, protestors demand taking down statues of Confederate heroes and eliminating any remnants of the country’s racist past. Now, some church leaders are calling for canceling “white Jesus,” such as the one depicted by Sallman. 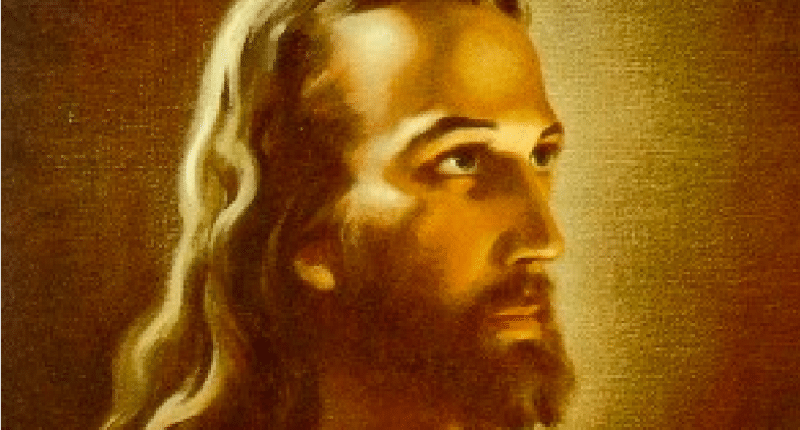 Here is the 1940 painting of Jesus Christ by artist Warner E. Sallman. There is a good chance that you have seen “The Head of Christ,” as it is believed to be the most reproduced religious work of art with a billion replications on lamps, clocks, and calendars. This is the iconic depiction of Christianity’s central figure known to people around the globe, including Reverend Lettie Moses Carr of First Baptist Church of Glenarden in Maryland.

For most of her life, Carr had subconsciously construed Christ as a white man and said that it’s “weird” when she saw a black Jesus in her 20’s. When she grew up, she pondered about the implications of painting, as she admitted, “It didn’t make sense that this picture was of this white guy.”

In America today, protestors demand taking down statues of Confederate heroes and eliminating any remnants of the country’s racist past. Now, some church leaders are calling for canceling “white Jesus,” such as the one depicted by Sallman.

Warner Sallman grew up a member of the Swedish Evangelical Mission Covenant and became a Chicago-based commercial artist for a youth magazine for the denomination called Covenant Companion later on. As Tai Lipan, gallery director at Anderson University, where the Warner Sallman Collection is now housed, explained, Sallman wanted to give Jesus “very similar feeling to an image of a school or professional photo of the time making it more accessible and familiar to the audience” of young adults.

The “Head of Christ” debuted as a charcoal image in Covenant Companion’s first issue. This original copy was sold to the religious publisher Kriebel and Bates and thus was born a “Protestant icon”, as Lipan calls it..

Subsequently, the image gained tremendous popularity, printed on prayer cards and circulated by organizations, missionaries, and churches of all kinds regardless of denomination or race. Groups such as the Salvation Army and YMCA distributed copies that accompanied WWII soldiers into the battlefields. Soon enough, President Dwight Eisenhower endorsed the “Christ in Every Purse” Project, which produced millions of cards. The images could be seen on pencils, bookmarks, and lamps and clocks in courtrooms, police stations, libraries, and schools.

It’s very common for people to construe Jesus as a member of their ethnic group or background. However, “If a person thinks that’s the only possible representation of Jesus, then that’s where the problem starts,” said Matthew Anderson, an affiliate professor of theological studies at Concordian University.

David Morgan, a professor of religious studies at Duke University, concurred and indicated that some of the earliest of Jesus portrayed him having “with very dark skin and possibly African.”

Now, Sallman wasn’t the first to depict Jesus as white, but rather derived inspiration from the traditions of European artists like Léon Augustin Lhermitte. However, given European Christians centuries-old history of perverting their religion to justify the enslavement of their fellow human beings, a universal portrayal of white or “Nordic” Jesus sparks controversy.

The first criticisms of Sallman's work arose during the Civil Rights movement, as activists accused the portrait  of cementing the questionable whiteness of Jesus in the American conscience, while aiding white supremacists.  Recently, these backlashes have seen a revival amidst the ongoing nationwide anti-racism movements sparked by the death of George Floyd.

As Confederate symbols and statues are toppled down, activist Shaun King recently asserted that white Jesus is indeed a form of white supremacy.

As further delineated by Anthea Butler, an associate professor of religious studies and Africana studies at the University of Pennsylvania, many black people don’t see a reflection of themselves in white Jesus but that of “the people who were beating you up in the streets or setting dogs on you.” She then goes on: “If Jesus is white and God is white, then authority is white.”

The many shades of Jesus

To acknowledge that Jesus is “ethnic” implies that Jesus identifies with the oppressed and marginalized members of humanity and that God sides with “the least of these” (Matthew 25).

One such example is a pictured cycle of the life of Jesus in traditional Korean clothing crafted by artist Kim Ki-chang. In it, Kim integrates figures from Korean folk religion while ensuring his rendition doesn’t deviate from Christian traditions of the Magis.

Another instance was when a New Zealand artist, who is of Ngāti Porou Māori, English, Swedish and Irish descent, illustrated Jesus as an indigenous Māori man boasting a traditional face tattoo.

In Vincent Barzoni’s “His Voyage: Life of Jesus”, a dark-skinned Jesus has dreadlocks and his wrists bound. Similarly, Franciscan friar Robert Lentz’s “Jesus Christ Liberator” is a Greek-style black man. Janet McKenzie’s “Jesus of the People” depicted Jesus as a black woman.

All in all, Christians believe that all of humanity was created in the reflection of Christ. Christ therefore cannot reflect solely one group of humanity. That said, “white Jesus” reflects the background of its creators and has as much right to exist as a black or Korean Jesus. In the musical “Les Misérables,” Jean Valjean sings “To love another person is to see the face of God.” There are many different faces of God in this world and one’s duty is to embrace them all.

“God isn’t about separation, but inclusion and unity. Jesus made it possible for anyone to be included in the people and promises of God (Galatians 3:28).”